The Public Prosecution has announced stiff penalty and jail term for anyone who insults the UAE flag. 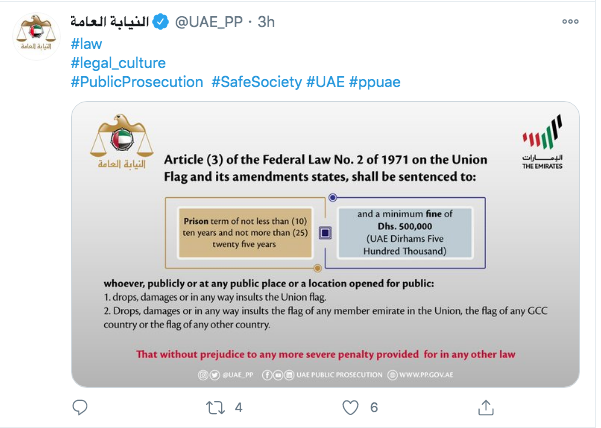 Anyone who drops, damages or in anyway insults the Union Flag will face prison term of not less than ten years and not more than 25 years.

In addition to jail term a minimum fine of Dhs500,000 will also be imposed on the guilty person.

The Public Prosecution in its tweet further states that the same punishment will be meted to anyone who insults flag of any member emirates in the Union, the flag of any GCC country or the flag of any other country.