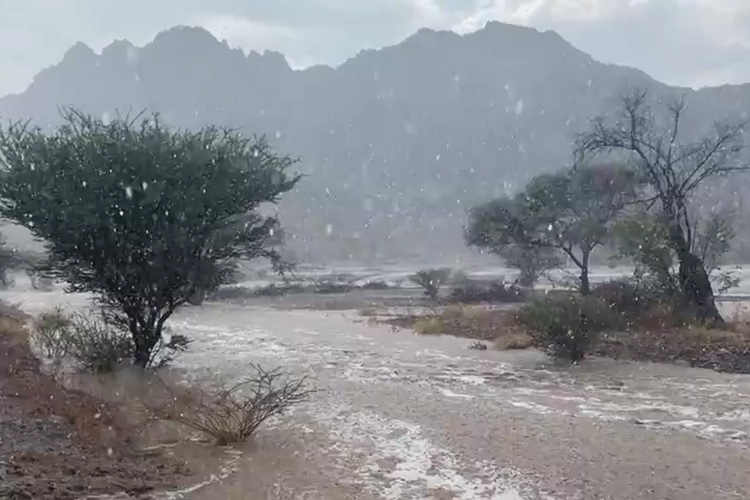 Rain was witnessed in Fujairah.

Heavy to moderate rain fell on the eastern regions of the country in the Emirate of Fujairah and its subordinate areas, in addition to the cities of Khorfakkan and Kalba on Sunday.

The heavy rains concentrated on areas within the city of Fujairah and the neighboring mountain villages on Sheikh Khalifa Road, Masafi, Al Bathna, Mirbah, Qadfa, and Yabsa. The road was closed on both directions due to the heavy rain and the accumulated water.

While the city of Khorfakkan witnessed heavy rains that led to surface run-offs, and large quantities of water on roads and low level places.

The Sharjah Police, on their part, organized the traffic movement on the roads, while the Civil Defense teams withdrew the rainwater that blocked the major road and in other many areas. 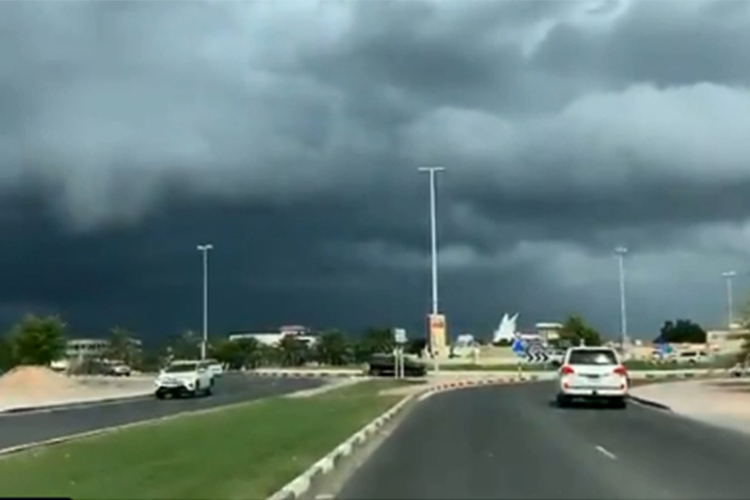 In the city of Kalba, the rains ranged from medium to heavy and led to the surface run-offs in the region, while Wadi Al Hilu road witnessed heavy rains, ranging from heavy to medium.

In the meantime, the Sharjah Police called on drivers to exercise caution while driving during the rainy weather.

In the meantime, the National Centre of Meteorology and Seismology (NCM) expected that the weather on Monday would be fair to partly cloudy at times. Some clouds may tower over the eastern parts with a chance of rainfall.

It is also predicted to be humid by night and Tuesday morning with a probability of fog and mist formation over some coastal and internal areas. Light to moderate southeasterly to northeasterly winds, with a speed of 10-20, reaching 30Km/hr. The sea will be slight to moderate in the Arabian Gulf and in Oman Sea.