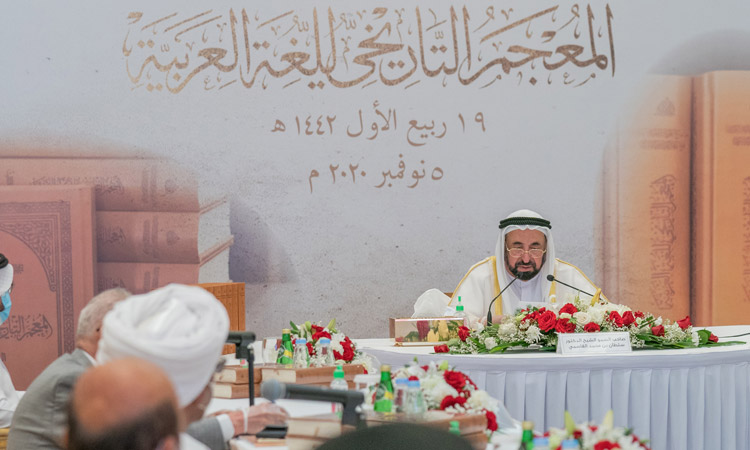 Sheikh Sultan speaks during the launching ceremony of the 'Arabic Language Historical Dictionary' on Thursday. WAM

This came in a ceremony hosted by the Ruler of Sharjah on Thursday in the city of Khorfakkan and attended by a number of heads of Arabic Language Academies, Arabic Language scholars and researchers from the Arab World.

On the occasion, Sheikh Sultan gave a speech thanking all those who contributed and participated in editing the "Arabic Language Historical Dictionary," especially the Language and Science Academy Union, headed by Dr Hassan El Shafei, and all the scholars working with him.

"This project has been a dream of mine for a long time, and I became more eager and keen on supporting and executing this project when I learnt that previous similar attempts were not so successful," he said.

He also congratulated the Arab Nation for this dictionary that documents the history of Arabic lexicons from pre-Islamic, Umayyad, and then Abbasid eras, all the way to our modern times. "Today we witness the launch of the first eight volumes of the dictionary, executed and printed in a beautiful manner to be put in the hands of Arabic language and culture for their own knowledge and leisure. 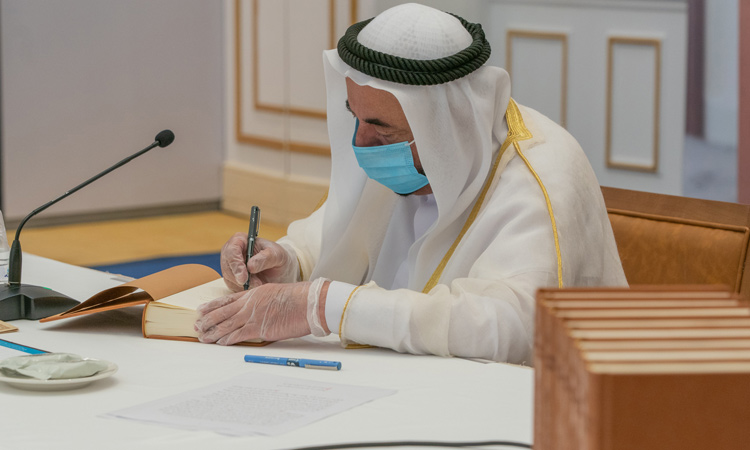 Sheikh Sultan signs one of the copy of the Arabic dictionary. WAM

"Praise to Allah Almighty, and with the help of the scholars of the Arabic Language Academies, we were able to overcome the challenges that faced of the completion of this project before.

"Thanks to your dedication and devotion, the project that was a mere dream 80 odd years ago, is now a reality that I hold in my hand.

"I reiterate my congratulations to the Arab and Islamic nation for the launching of the first eight volumes of the dictionary, covering only the first two letters of the Arabic alphabet," the Ruler of Sharjah said in his speech while promising that the coming few years will witness the issuing of dozens of new volumes of this dictionary. 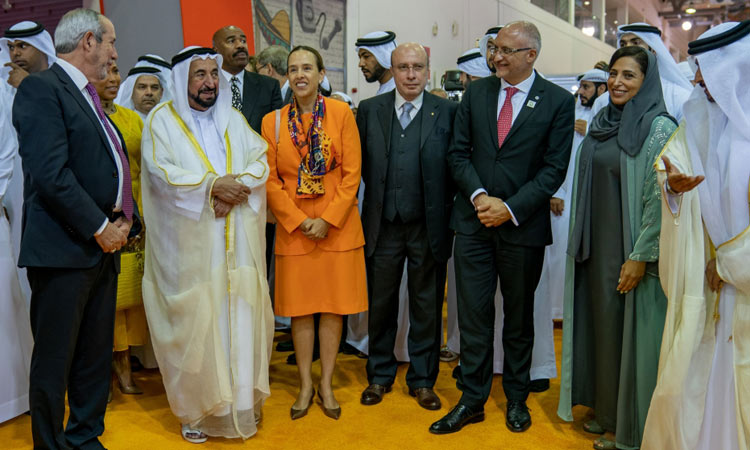