Sheikha Latifa blessed with a baby girl in Dubai - GulfToday 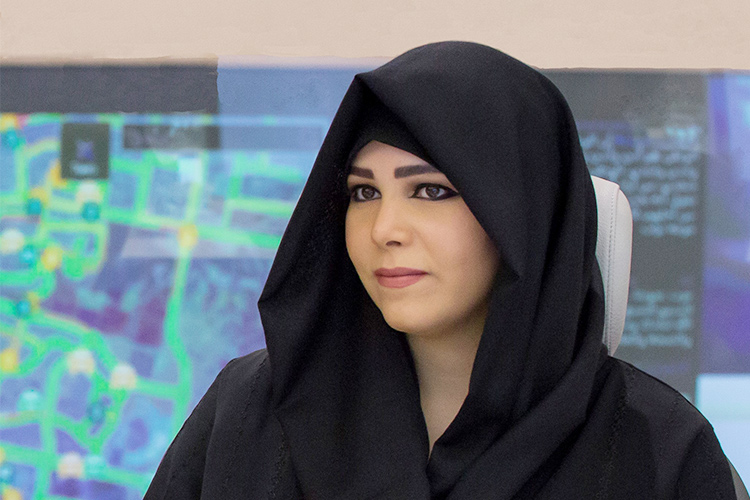 Sheikha Latifa Bint Mohammed Bin Rashid Al Maktoum, Chairperson of Dubai Culture and Arts Authority, announced on Thursday on her official account on Instagram that she had given birth to a baby girl.

The newborn girl has been named “Sheikha,” Latifa said.

Sheikha Latifa, daughter of His Highness Sheikh Mohammed Bin Rashid Al Maktoum, Vice President and Prime Minister of the UAE and Ruler of Dubai, got married to Sheikh Faisal Saud Khalid Al Qasimi in 2016 and this is their second child. 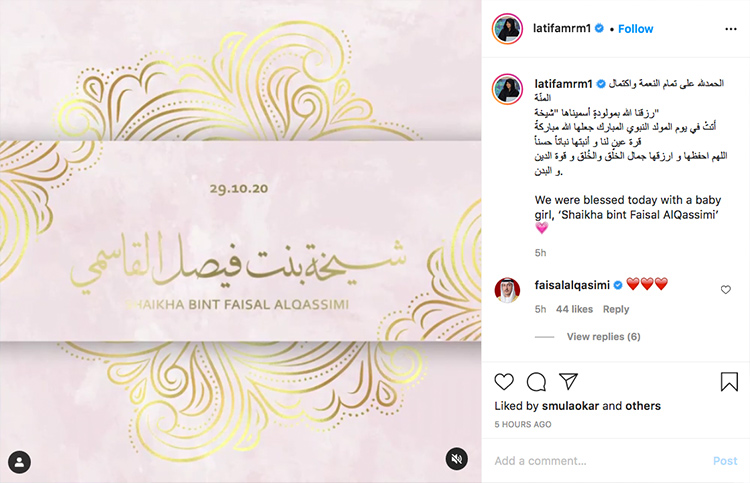 The directive supports Sheikh Mohammed’s vision to raise Dubai’s status as a global cultural hub commensurate with its standing as a prominent international financial and business centre.

She said, “The past few months have brought challenges to all sectors including the creative and cultural sectors.

"However, I am proud to see the agility the sector has shown in mitigating the repercussions of the crisis and developing innovative solutions to move forward and stay engaged with the public. This is yet another story of resilience in the face of the crisis coming out of Dubai."