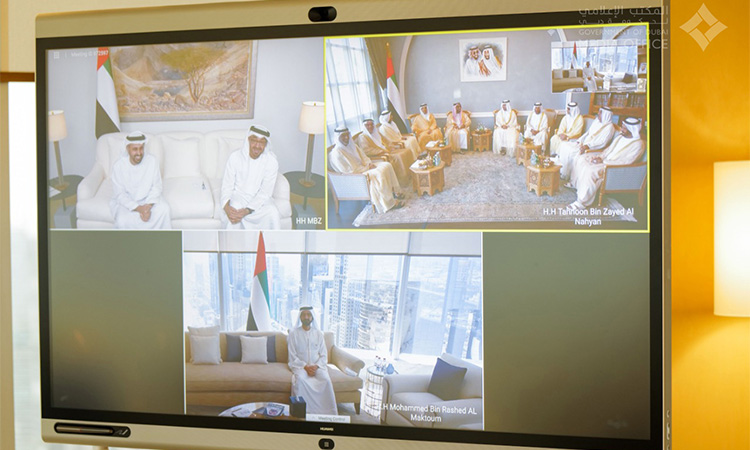 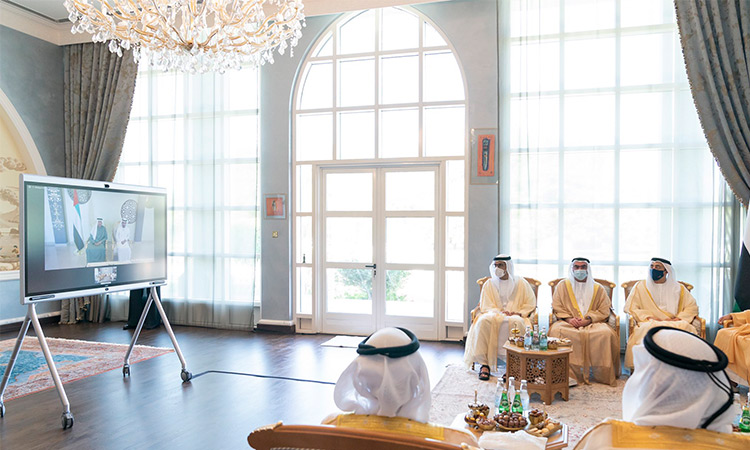 The leaders praised the family’s decision to host a simple reception.

Sheikh Mohamed wrote on his Twitter account: “Protecting the UAE during these challenging times is a shared responsibility. Following precautionary measures during our social events guarantees our safety as a society, and supports our country's efforts in combating COVID-19”.

The leaders praised the family’s decision to host a simple reception. 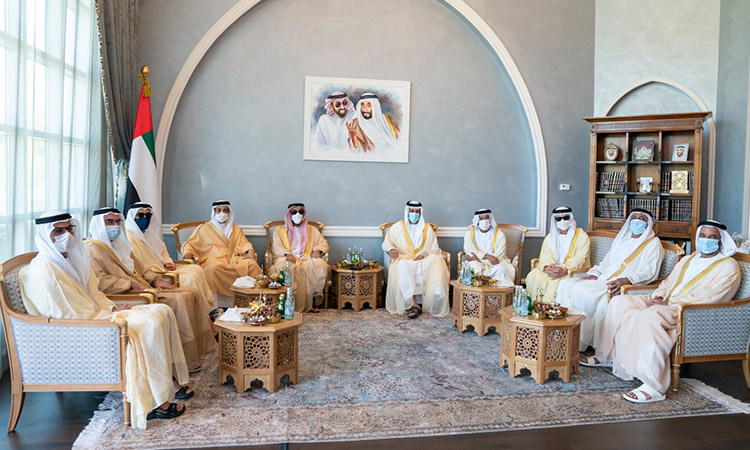 “My warmest congratulations go to Sheikh Mohammed Bin Sultan bin Khalifa and Sheikha Fatima Bint Tahnoun bin Zayed on their blessed marriage. I was pleased to communicate with the newlyweds and their family through video conferencing. I wish them joy and good fortune,” Sheikh Mohammed tweeted. 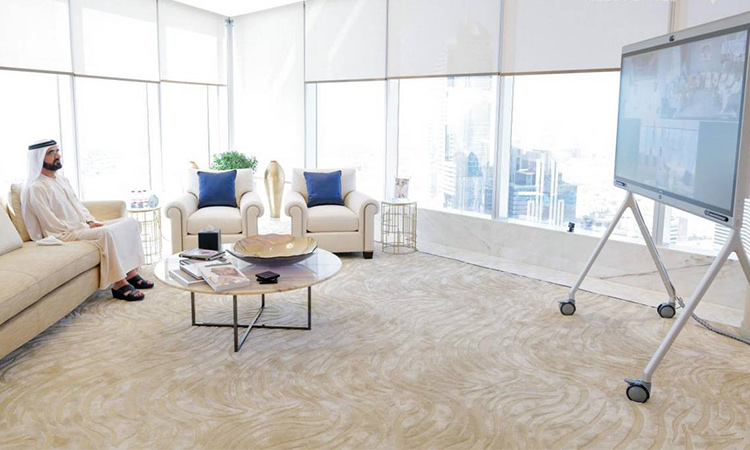 They called on others to follow such an example when hosting social events in compliance with the safety precautions, necessitated by the outbreak of the pandemic and referred to many solutions provided by modern technology for social gatherings. 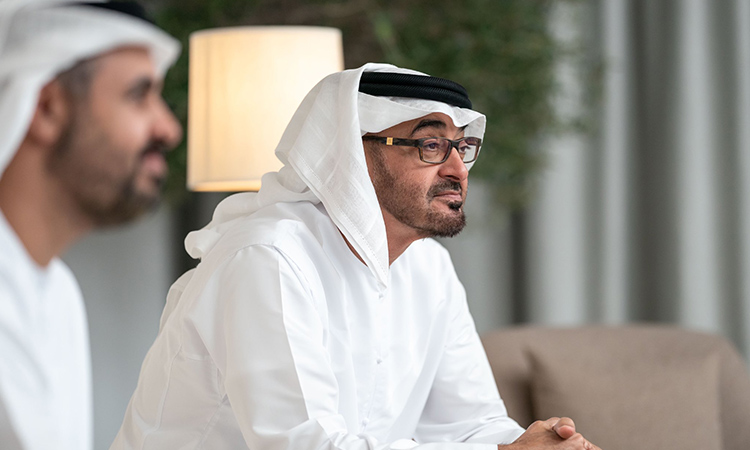 They also renewed calls for cooperation with the concerned authorities that are working very hard to contain the pandemic.

Sheikh Mohammed Bin Rashid and Sheikh Mohamed Bin Zayed engaged in cordial talks about the issues of concern to the country and to the citizens and emphasised that the UAE is capable of overcoming all challenges posed by this global pandemic.

Congratulations were also offered through video calls by various other royals of the UAE.