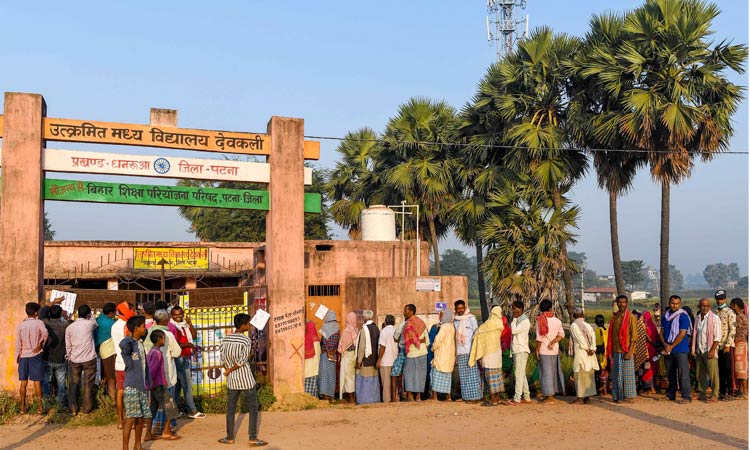 Voters queue up to cast their ballots for Bihar state assembly elections at a polling station in Patna. Prakash Singh/AFP

Some 70 million people are eligible to vote in Bihar, an impoverished eastern state governed by an alliance that includes Prime Minister Narendra Modi’s Bharatiya Janata Party (BJP), which has promised a free vaccine for every person in the state if it wins. 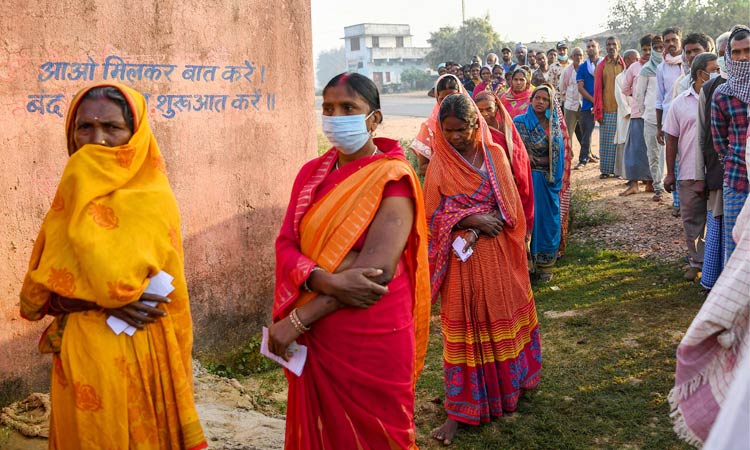 Voters queue up to cast their ballots for Bihar state assembly elections.

“I am a little afraid because corona (virus) is not a small disease,” said Nidhi Kumari, a 21-year-old student queueing up to vote in the outskirts of the state capital Patna.

“But there are precautions at polling booths. They are giving sanitisers and gloves.” 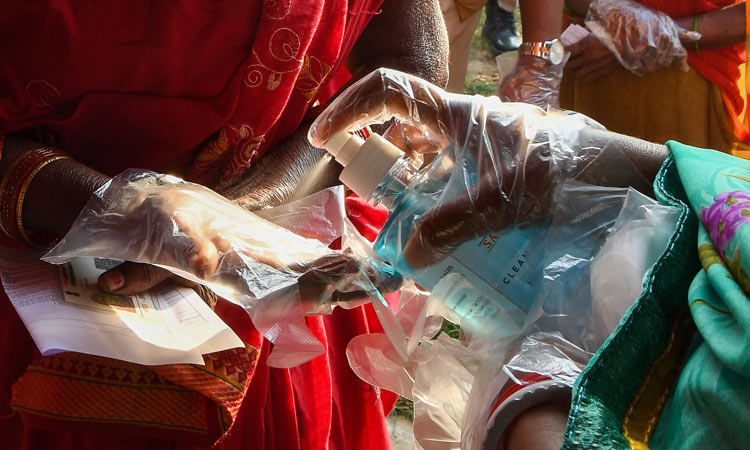 An electoral official sprays sanitiser on the hand of a voter as she waits in a queue to cast her ballot.

Voting in Bihar has been split across three days — Wednesday, Nov.3 and Nov.7 — to reduce crowding at booths.

Coronavirus patients will be allowed to cast a ballot under the supervision of the health authorities.

Modi — who held several rallies across the state in the run-up to the polls — appealed to voters Wednesday “to take all Covid precautions while participating in this festival of democracy.” 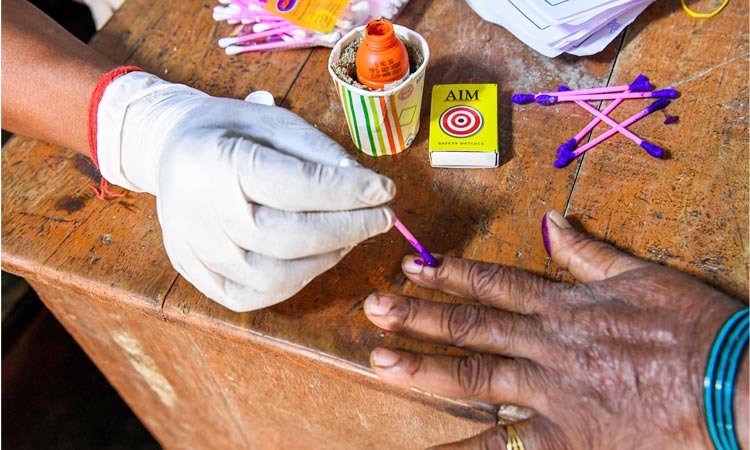 An electoral official marks a voter's finger with ink after casting her ballot.

But at a booth visited by AFP, there were long queues of voters lined up heel-to-toe, and few masks in sight.

Authorities have struggled to enforce social distancing and mask-wearing during rallies across the state that have attracted tens of thousands of people.

Indians can have their UAE address in passports

The poll is the first in India since Modi imposed a strict lockdown in late March that led to millions of poor migrant workers, many from Bihar, losing their jobs with some having to walk for days or weeks back home.

The state, one of India’s poorest, has been ruled by an alliance of Modi’s Hindu-nationalist BJP and the regional Janta Dal United party for over a decade.

But opinion polls indicate disquiet with the incumbent regime, particularly Chief Minister Nitish Kumar from the JDU, who has been in power for most of the past 15 years, over perceptions he has not done enough to lift the state out of poverty.

Kumar’s unpopularity has been further exacerbated by the lockdown, with hundreds of thousands of workers who fled cities like Mumbai or Delhi because of the virus still unable to find jobs in Bihar.

Unemployment and the cost of living have been major election issues, with the national government also striving to keep the prices of onions — a key ingredient in Indian cuisine — in check amid a shortage after heavy rains damaged crops.

The main opposition regional Rashtriya Janata Dal party, which remains tainted by past corruption allegations and is in an alliance with the national Congress party, has meanwhile promised to support unemployed youth and create thousands of new state government jobs.

Bihar’s ruling alliance has banked heavily on Modi, who remains popular in the state. He has promised to expedite development projects if the alliance is returned to power. 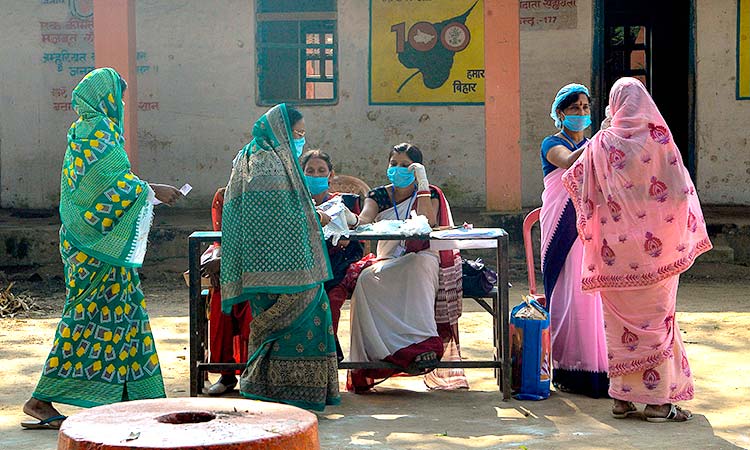 Elaborate security arrangements have been made for polling, as well as norms put in place to maintain social distancing in the wake of the coronavirus pandemic.