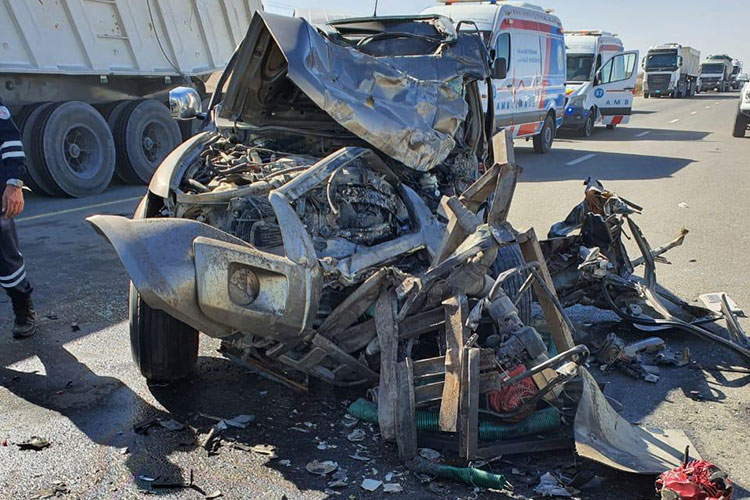 The damaged SUV sits near the accident site in Ras Al Khaimah.

A 20-year-old Emirati youth died on Wednesday morning in a collision between two vehicles in Azen area of Ras Al Khaimah.

The victim died on the spot as result of the severe wounds, which he sustained in the crash, according to Director of Traffic and Patrols Department at the Ras Al Khaimah Police, Brigadier Ahmed Al Summ Al Naqbi.

Al Naqbi who was present at the scene along with a number of officers, explained that the patrols and the ambulance were dispatched to the scene following a report received by the operations room about the accident at 8:30am.

Through the investigations, it was found that the deceased was driving his car on the fast lane, before he was surprised by a tanker truck at the edge of the road on the left side, to irrigate the green areas on the side of the road.

Al Naqbi appealed to the motorists and road users to pay attention and not to be distracted by other than the road, to adhere to the specified speeds and to follow the rules and instructions, to avoid such deadly accidents.