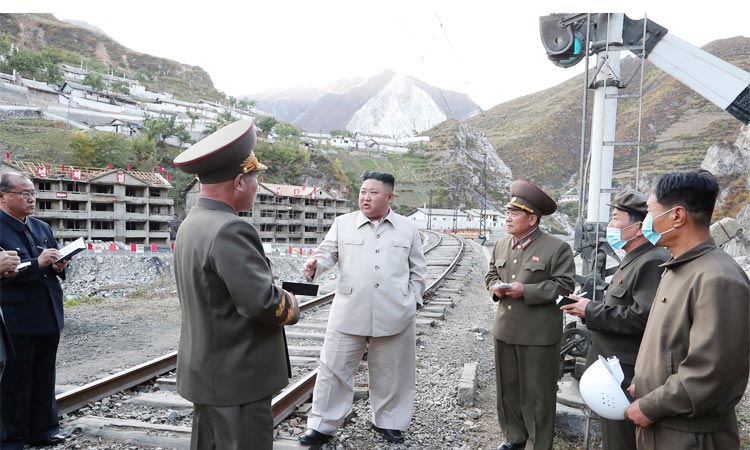 Visiting one of the worst-hit areas of North Korea, Kim expressed regret over the more than 50-year-old houses in which people have been living and urged the military to embark on a more ambitious construction plan, KCNA said. 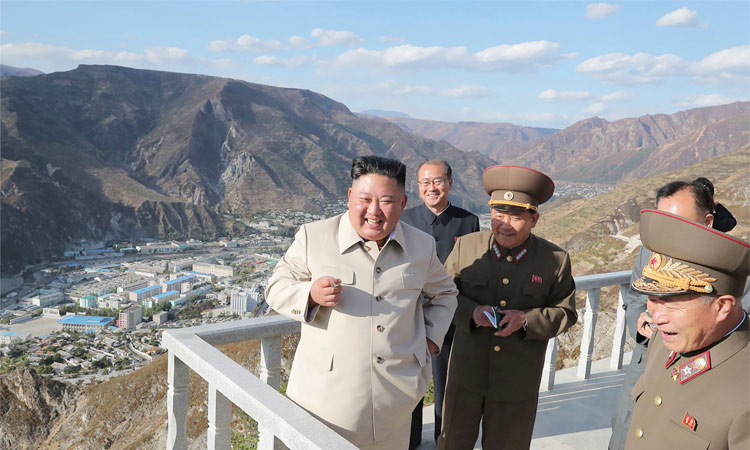 Kim inspects the rehabilitation site in Komdok area which was damaged by the typhoon. AFP

The visit came after Kim appeared to shed tears at the weekend as he thanked citizens for their sacrifices, in the most striking demonstration yet of how he is relying on his “man-of- the-people” persona to tackle his country's deepening crises.

The military has reached a construction level of 60% for at least 2,300 houses in the Komdok area in South Hamgyong province, northeast of the capital, Pyongyang, the state media said.

Kim said new houses were now only built when the old ones were brought down by natural disasters, and called for a “revolution” in construction plans, starting with building 25,000 houses during his five-year plan set to be unveiled in January.

Last week, Kim called on his country to embark on an 80-day “speed battle” - to attain economic goals before a congress in January to decide the new five-year plan.

North Korea has had a tough year because of the impact of anti-coronavirus measures, international sanctions and several typhoons that battered towns.