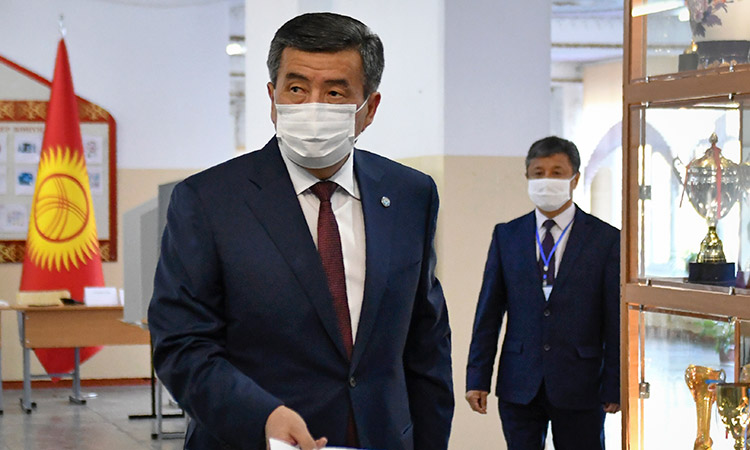 Kyrgyzstan's pro-Russian president insisted he was in control of the country Tuesday despite protesters capturing the seat of government and freeing his predecessor and nemesis following violent clashes with police.

Sooronbay Jeenbekov's office said in a statement that the president was "in control of the situation and expresses confidence that all political forces will put the interests of the country above their own." 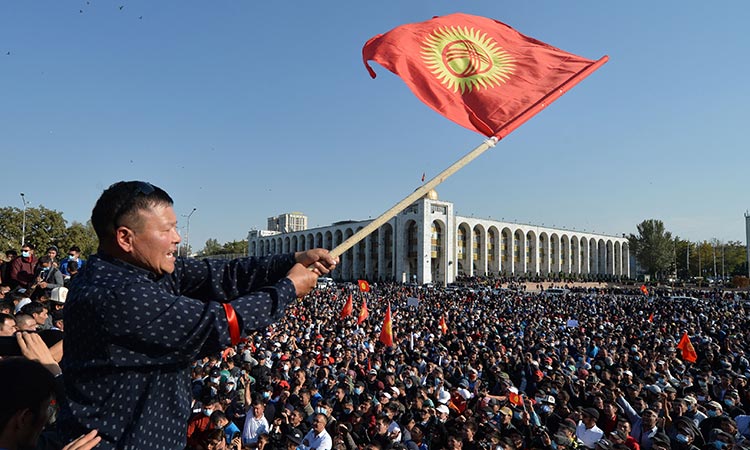 People protest against the results of a parliamentary vote in Bishkek. Vyacheslav Oseledko/AFP

Police have been ordered to ensure citizens' safety and prevent clashes and looting amid protests, the spokesman said, adding that incumbent Interior Minister Kashkar Junushaliyev has not shown up for work on Tuesday.

People protesting the results of a parliamentary election in Kyrgyzstan broke into government and security headquarters early on Tuesday and freed a former president from custody, local news websites said.

President Sooronbai Jeenbekov described their actions as a bid by some political forces to seize power illegally, but said the authorities did not rule out holding another vote as public rallies started in several cities across the country.

The thousands-strong protests broke out after two establishment parties, one of which is close to Jeenbekov, swept Sunday's vote, according to preliminary results. 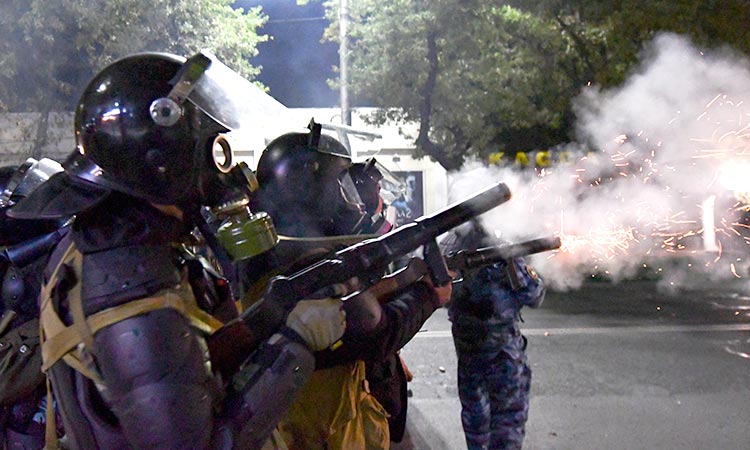 Riot police disperse protesters during a rally against the results of a parliamentary vote in Bishkek, Kyrgyzstan. AP

Protesters demanded that the vote results be cancelled and the Central Election Commission said on Tuesday it would consider their request, local news website 24.kg reported.

Police had dispersed the protest late on Monday, but protesters returned to the central square of capital Bishkek hours later and broke into the building that houses both the president and parliament, the local websites said.

The building known locally as the White House briefly caught fire on Tuesday morning, but the blaze was quickly put out.

Protesters then broke into the headquarters of State Committee on National Security and freed former president Almazbek Atambayev, who was sentenced to a lengthy prison term this year on corruption charges after falling out with Jeenbekov, his successor. 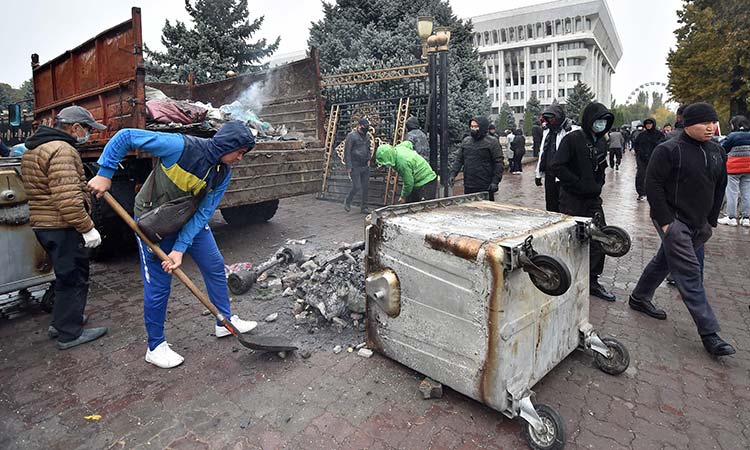 Opposition groups took over several more buildings, including the mayor's office, and appointed their own acting head of national security, acting prosecutor general and a commandant of Bishkek although it was unclear how much actual power they wielded.

Several provincial governors have resigned, according to local media reports.

One person has been killed and 590 wounded in the overnight clashes, the government said. Jeenbekov said on Tuesday he had ordered security forces not to use firearms and "not to shed blood".

Local media reported that public rallies began on Tuesday in several provincial centres, most of them anti-government, while Jeenbekov's supporters gathered in the southern city of Osh, where his brother Asylbek Jeenbekov called for unity and order.

The Central Asian country of 6.5 million, which is closely allied with Russia, has a history of political volatility. In the past 15 years, two of its presidents have been toppled by revolts.