COVID-19 has 'devastating' impact on people displaced by conflict: Report 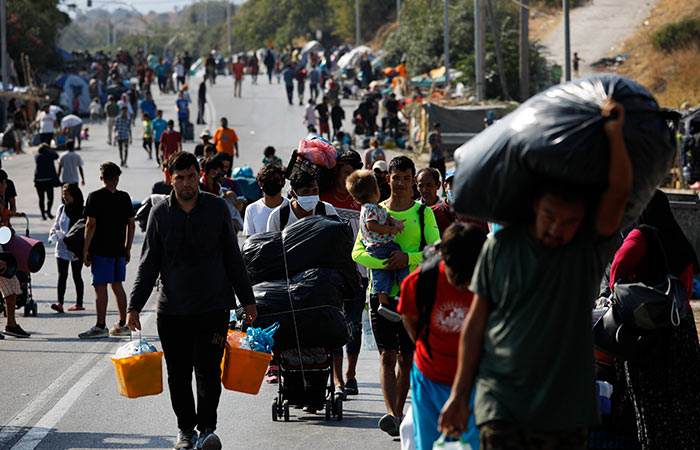 Migrants carry their belongings after fire razed down their camp. AP

The coronavirus pandemic is having a "devastating" impact on people displaced and affected by conflict, tipping many into hunger and homelessness, a new study by the Norwegian Refugee Council (NRC) showed Monday.

The report, titled "Downward Spiral," is based on assessments and survey in 14 countries, including Afghanistan, Iraq, Libya, Mali, Somalia and Yemen.

Homeless people around the world treated as criminals amid coronavirus lockdowns

According to NRC, nearly three quarters the 1,400 people surveyed said they had seen a clear deterioration in their conditions since the pandemic broke out.

For instance, 70 percent "had to cut the number of meals for their household," 77 percent had lost a job or income from work, and 73 percent said they were less likely to send their children to school due to "economic hardship." 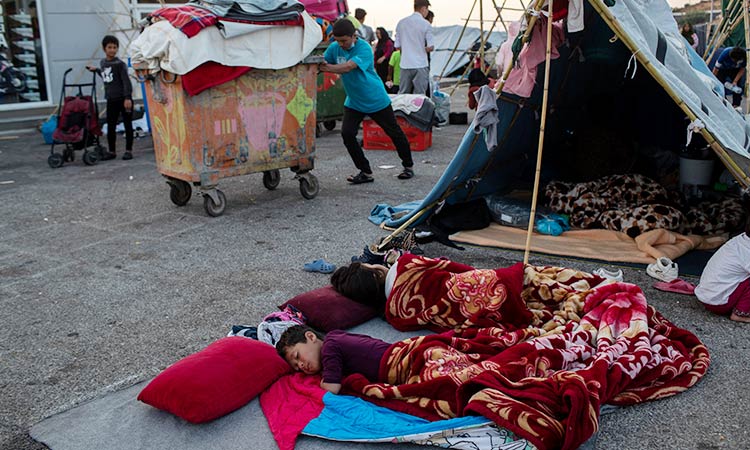 Migrants sleep on the northeastern Island of Lesbos, Greece. File/AP

"The world's most vulnerable communities are in a dangerous downward spiral," Jan Egeland, NRC secretary general, said in a statement.

"Already forced from their homes by violence, often with limited rights to work or access to government services, the economic impact of the pandemic is pushing them to catastrophe," he continued.

Even before the pandemic, the UN was concerned about worsening hunger in the world.

According to an annual report published in July, nearly one in nine people were chronically undernourished in 2019, and things were expected to deteriorate in 2020 due to Covid-19.