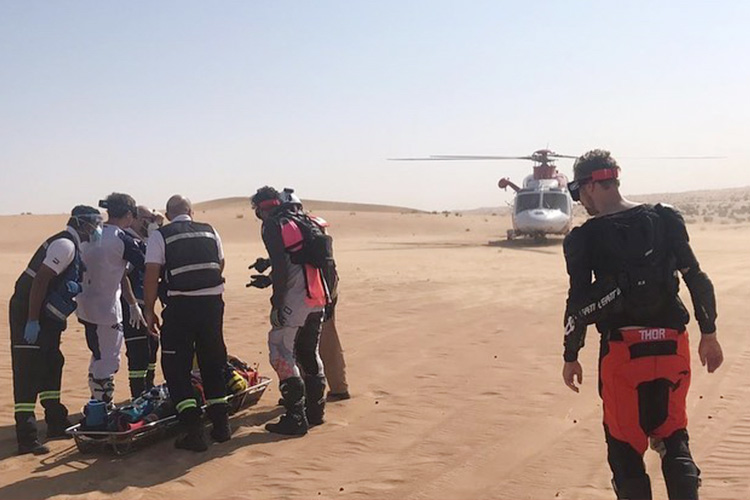 Medical personnel reach the injured Briton to the chopper.

The UAE National Search and Rescue Centre, in coordination with the Operation Department at the Dubai Police, rescued a 36-year-old British national who sustained injuries in the "Margham" desert in Dubai.

The rescue team of the National Search and Rescue Centre was immediately rushed to the location of the injured man after locating it with auxiliary operational systems and with the search and rescue helicopter.

The injured person was transferred to Sheikh Rashid Hospital for necessary medical treatment while ensuring the precautionary and preventive measures. 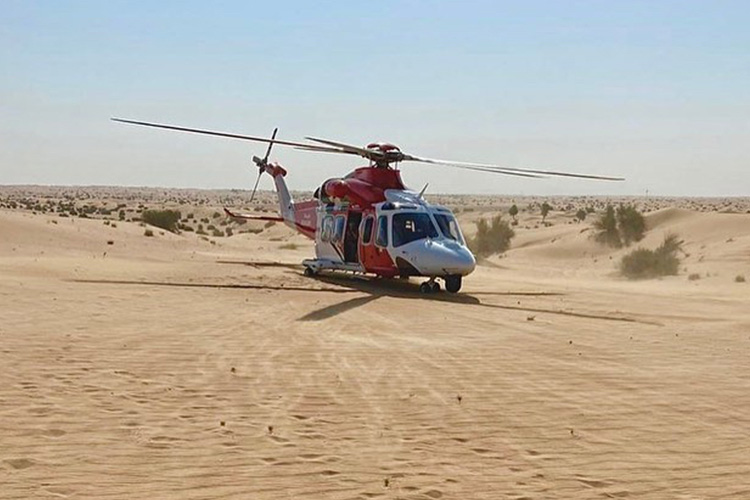 A chopper lands at the accident site.

Earlier, the Air Ambulance Team at the Ministry of Interior rescued an Asian man following a car accident in Al Manama in Ajman.