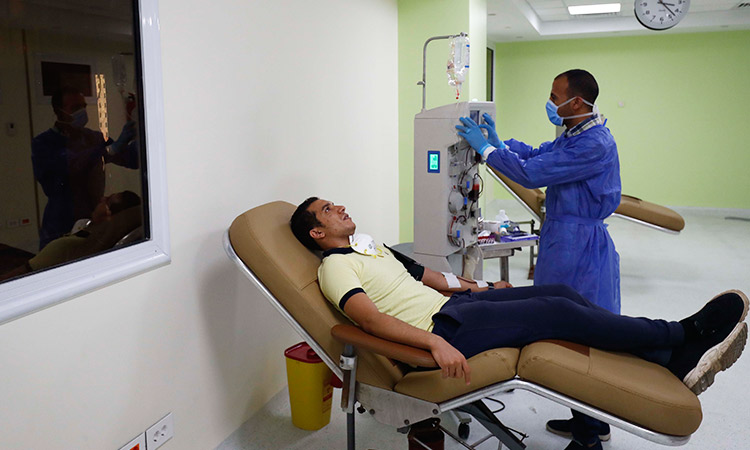 An Egyptian man who recovered from Covid-19 donates blood at the National Blood Transfusion centre in Cairo. AFP

Mohamed Fathi, an Egyptian man who has recovered from Covid-19, winced as he watched tubes running down his arm to donate blood plasma, but insisted: "if I can help just one person, that's a very good thing."

The 25-year-old land surveyor from Cairo caught the disease in May, on the eve of the Muslim Eid al-Fitr festival, becoming one of the almost 100,000 reported cases in Egypt, where more than 5,000 people have died of the novel coronavirus.

"Losing the sense of taste was a terrible experience," he said at Egypt's National Blood Transfusion headquarters in Cairo, describing just one of his symptoms. "You feel like you're eating for the sake of it."

"I came to donate today because I didn't want someone else to go through what I and my family went through," said the softly spoken young man, one of about 200 volunteers who had so far taken part in the budding project.

Egypt, like the United States and a handful of other countries, is trying to fight the pandemic in part by using convalescent plasma, the watery fluid in the blood of recovered patients that is teeming with antibodies. 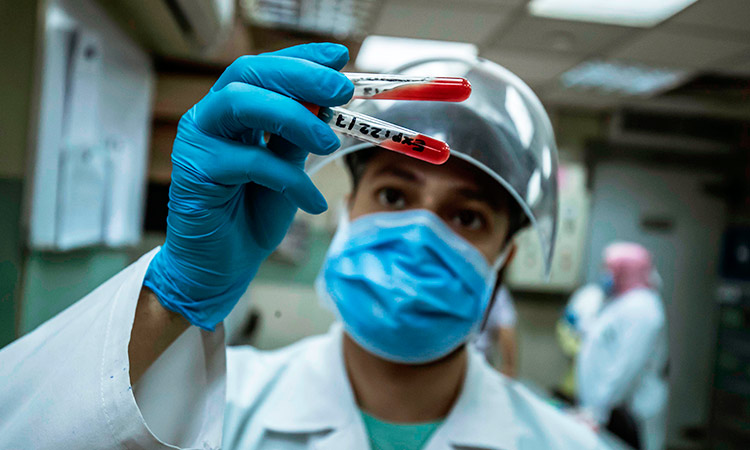 An Egyptian medical worker checks blood donated from a person who recovered from Covid-19. AFP

After US President Donald Trump touted it as a temporary cure, his administration issued an emergency authorisation last month to use plasma from recovered Covid-19 patients.

The idea is to harvest the plasma and inject it into other patients to give them an immunological boost that helps fight the same infection.

The scientific community is divided on using plasma to treat Covid-19, but proponents say the technique has proven effective in small studies to treat other infectious diseases, including Ebola and SARS. 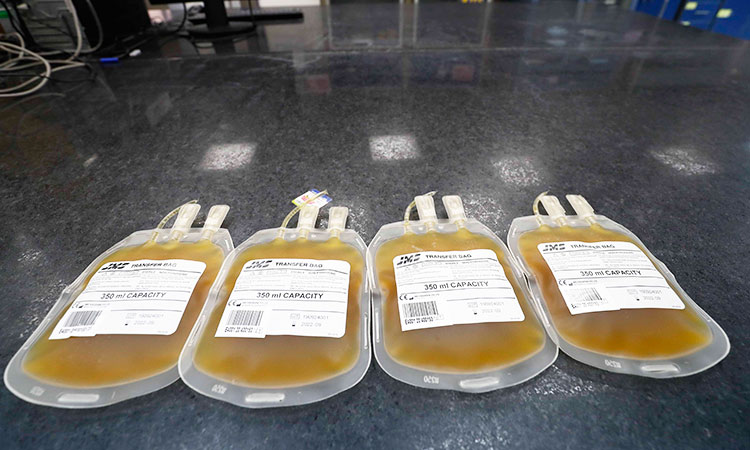 Plasma received from people who recovered from Covid-19. AFP

Ihab Serageldin, director of Egypt's National Blood Transfusion Centre, said he believes convalescent plasma is a promising treatment while the race continues to develop, mass-produce and distribute an effective vaccine.

Since April he has spearheaded Egypt's campaign urging the country's more than 78,000 known recovered patients to donate their plasma.

"coronavirus is one of these viruses that doesn't have a manual ... we're combatting an unknown enemy, so any form of treatment that offers a glimmer of hope we need to hold onto," he said.

"If the US didn't find it promising then it wouldn't have launched a national campaign urging recovered virus patients to donate their plasma," he said.

Serageldin said in Egypt eligible donors must be aged 18 to 60, weigh at least 50 kilogrammes (110 pounds) and have produced a certain quality of antibodies.

Over 200 people have so far donated plasma, each providing 800 ml of the fluid split into four bags, which are given to two patients at a time.

Many more donations are needed, he said, stressing that "blood donations in general are low in Egypt, so we're working on raising awareness among the general public." 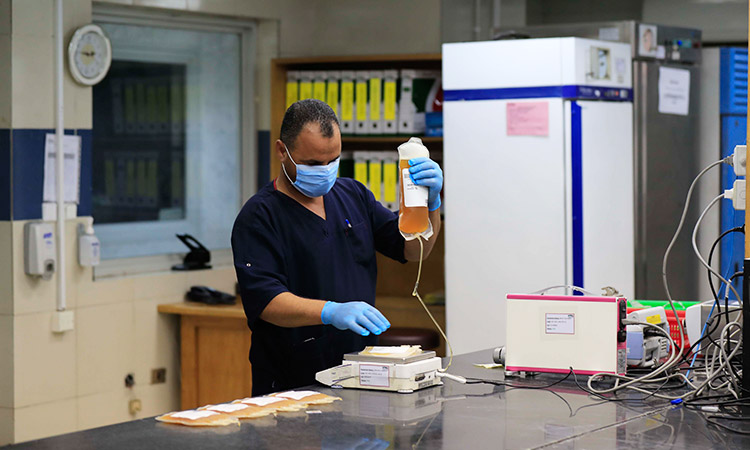 An Egyptian medical staff works on plasma received from a man who recovered from Covid-19. AFP

Mostafa had a strong motivation — he had also caught the disease in late May.

"After a month of exhaustion from the virus, I wanted to contribute to making other patients' lives better," he said.

He teamed up with a web developer and medical doctors to design the easy-to-use Android app, which was released in June.

"We want to be the link between patients, but the response has been very slow," he said.

With the minimal uptake online, he is planning to expand his app to make it a general blood donation service, meeting another pressing need in Egypt's strained healthcare sector.

Mostafa also sees the app, and a regulated, centralised plasma project, as a safe alternative to an emerging black market.

In June, local media reported that plasma bags from recovered patients were being informally traded for over 20,000 Egyptian pounds ($1,200) each.

While one parliamentarian called for criminalising the practice, Egypt's foremost Muslim institution Al-Azhar ruled that it was not permissible under Islamic law to trade plasma informally and lambasted those "profiting from the pandemic." 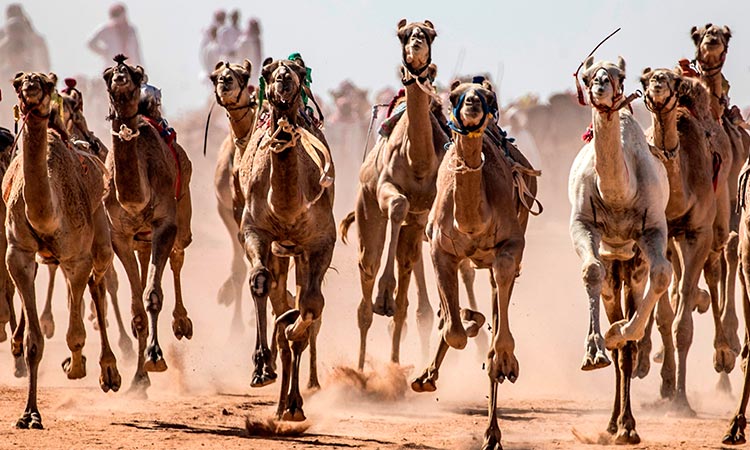 Camel racing is a popular traditional sport in many Arab countries, most notably in the Gulf region. And in Egypt, Bedouins of the South Sinai desert have kept up the tradition. 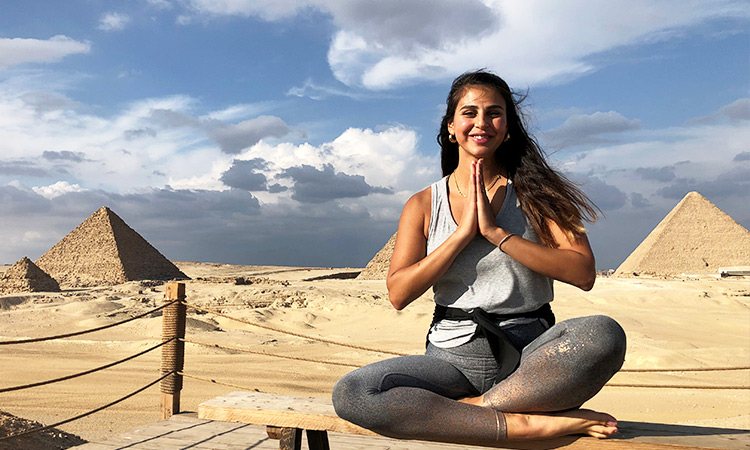 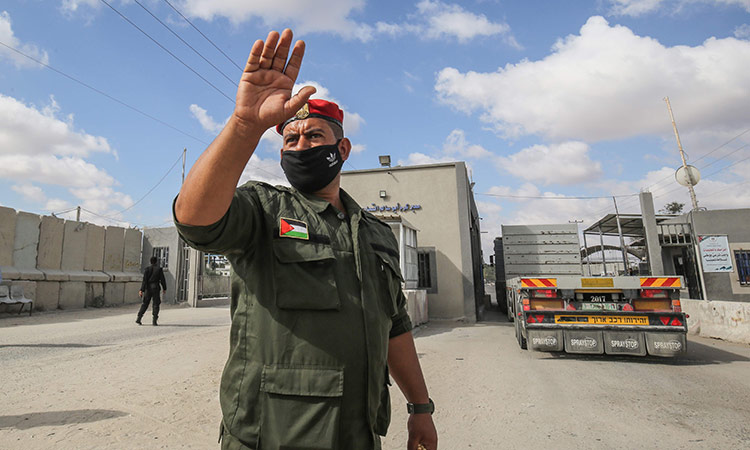