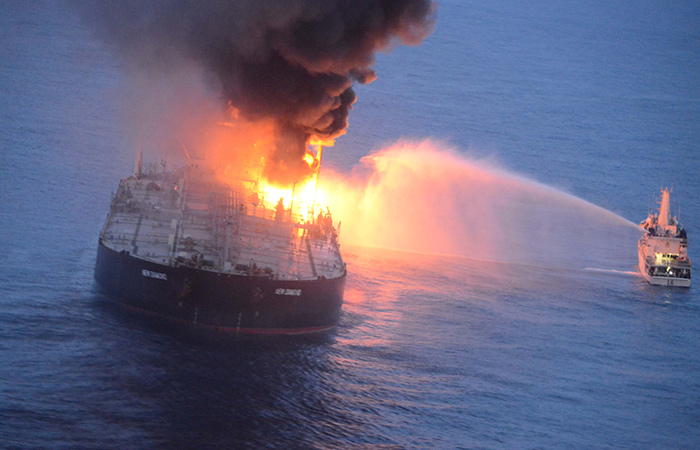 Ships, boats and aircraft from Sri Lanka and India were escalating efforts to douse a fire raging on an oil tanker east of Sri Lanka for a second day Friday.

"The fire is still raging there,” Sri Lankan navy spokesman Indika Silva said Friday morning, adding it hasn't spread into the oil storage area of the ship and no oil leakage has been reported.

A Sri Lankan air force helicopter was picking up seawater in a bucket then flying back to dump the water on the burning tanker, air force spokesman Group Capt. Dushantha Wijensinghe said. The air force also was flying an observation aircraft to provide feedback to the authorities. 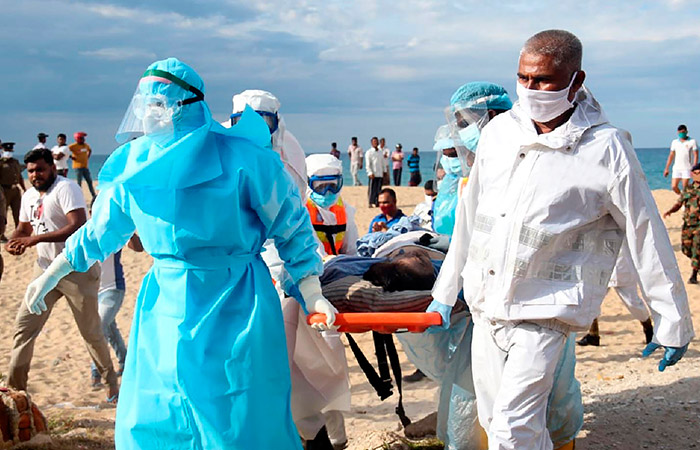 An injured crew member of the MT New Diamond, is transferred on stretcher to an ambulance. AP

Air force photos showed smoke rising from the engine room of the ship but no visible damage or fire in other areas of the vessel.

The Sri Lankan navy sent four ships in response to the alarm it received Thursday, and they picked up 19 crew members who had left the burning tanker on lifeboats, Silva said. As the navy ships tried to put out the fire, the captain and two others abandoned the tanker.

The tanker's 23 crew are 18 Filipinos and five Greeks. The dead and injured crew are both Filipino. 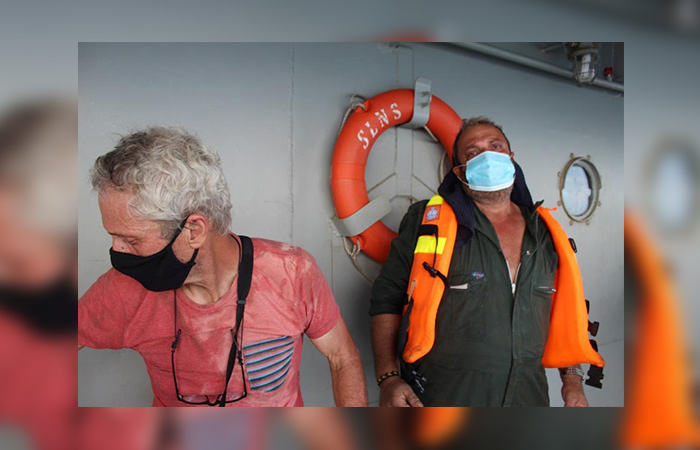 The dead crew member was initially reported as missing and on Friday, Sri Lanka navy said preliminary information from crew had confirmed the missing crew member died "in a boiler explosion.”

The injured man, identified as the third engineer of the ship, was taken to land and hospitalized. His condition is returning to stable, Silva said.

The tanker was carrying 270,000 metric tons of crude oil from the port of Mina Al Ahmadi in Kuwait to the Indian port of Paradip, where the state-owned Indian Oil Corporation has a refinery.

At the time of the fire, the Panamanian-registered ship was about 38 nautical miles (70 kilometers) east of Sri Lanka. 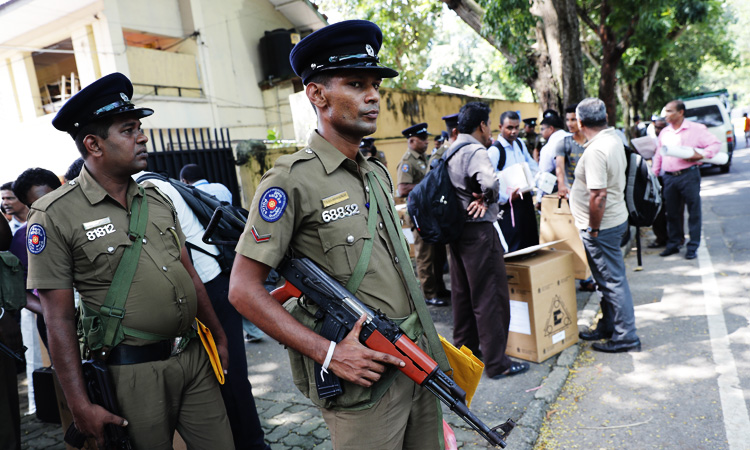 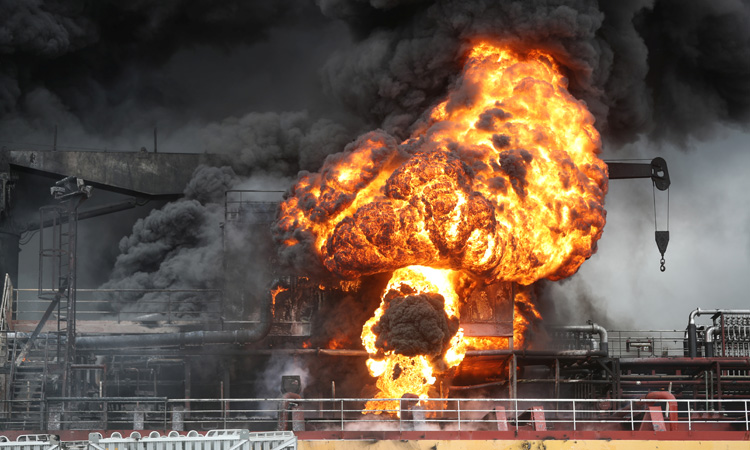 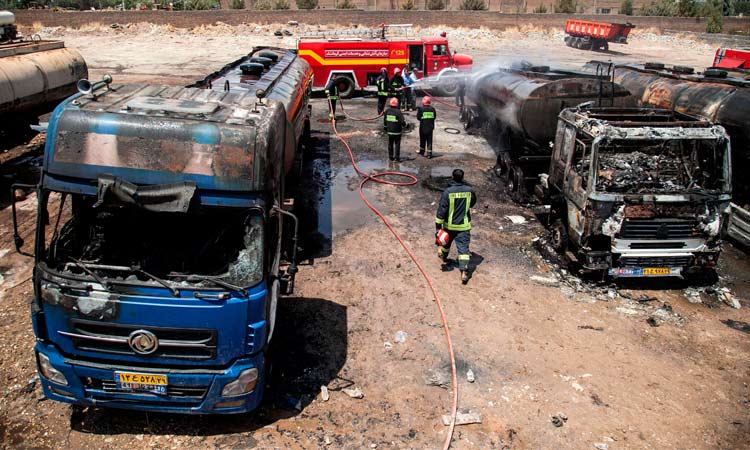 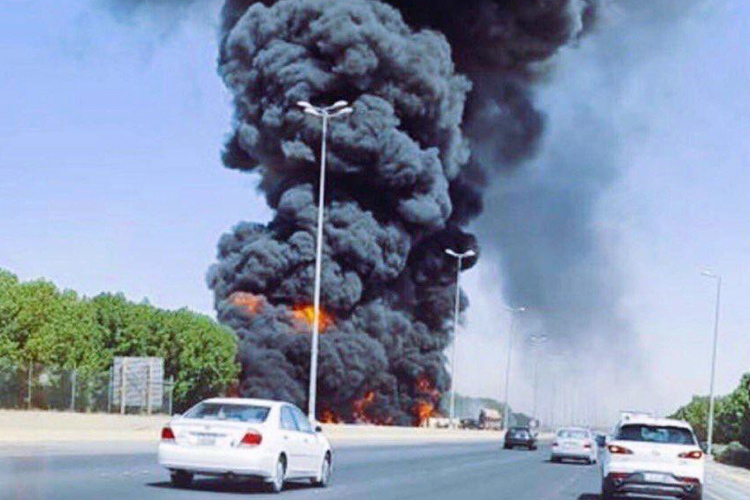