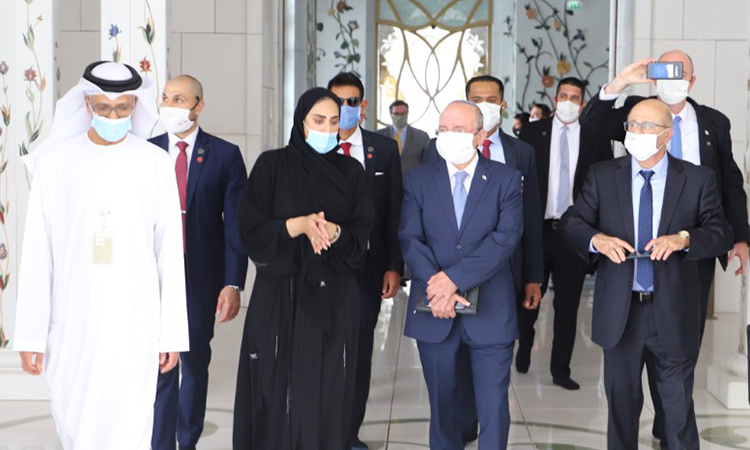 The Israeli Adviser and head of the National Security Council, and his accompanying delegation visited the Sheikh Zayed Grand Mosque.

The Israeli Adviser and head of the National Security Council, Meir Ben-Shabbat and his accompanying delegation visited the Sheikh Zayed Grand Mosque in Abu Dhabi as part of his official visit to the UAE.

They were briefed by one of the Center’s cultural tour specialists’ on the mosque’s noble message that calls for coexistence, tolerance, and openness to other cultures, inspired by the nation’s late founder. Besides, the leading role it plays in highlighting the true essence of the Islamic culture and promoting cross-cultural communication worldwide.

While they also learned about the history, components, and esthetic features of Islamic art and architecture manifested in every corner of this grand edifice that crate a mesmerizing fusion of various architectural styles from different eras reflecting commonalities amongst cultures and uniting the world through art.

At the end of the visit, the guest was presented with one of the Centre’s distinctive publications titled "Spaces of Light" that showcases the winning photographs in the "Spaces of Light" photography award, annually organized by the Centre in celebration of the scenic aesthetics and visual culture of the mosque. 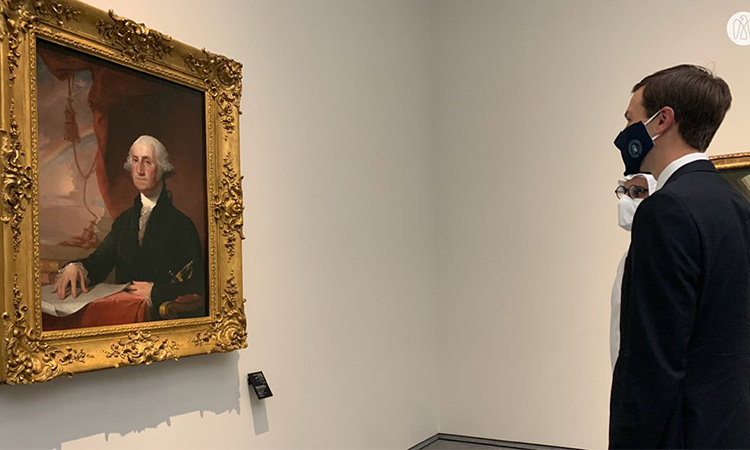 During the historic visit by the US-Israeli delegation to the UAE, officials also visited Louvre Abu Dhabi.

During the historic visit by the US-Israeli delegation to the UAE, officials also visited Louvre Abu Dhabi on the final day of their UAE visit.

During the historic visit by a US-Israeli delegation to the UAE, officials gathered at Louvre Abu Dhabi to discuss how civilizational and cultural ties bind nations and the new age of cooperation and exchange to come.

Jared Kushner, the Senior Adviser to the US President Donald Trump, and an accompanying delegation, accompanied by Mohamed Khalifa Al Mubarak, as part of Kushner's trip to the UAE capital leading the US-Israeli delegation. 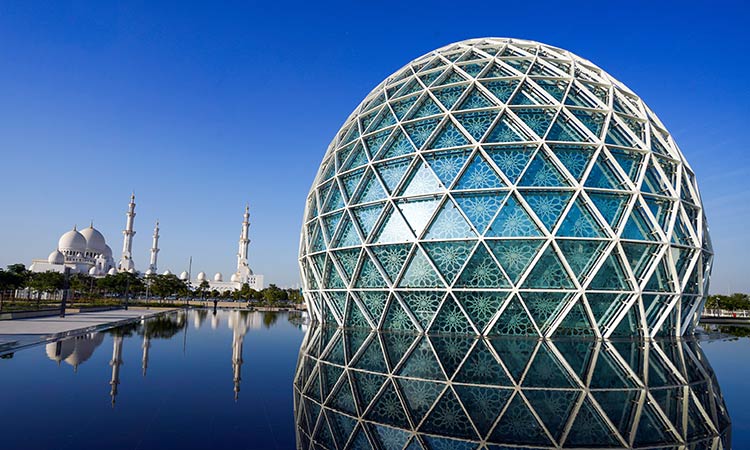