Prayers resume in mosques in industrial zones at 30% limit - GulfToday

Prayers resume in mosques in industrial zones at 30% limit 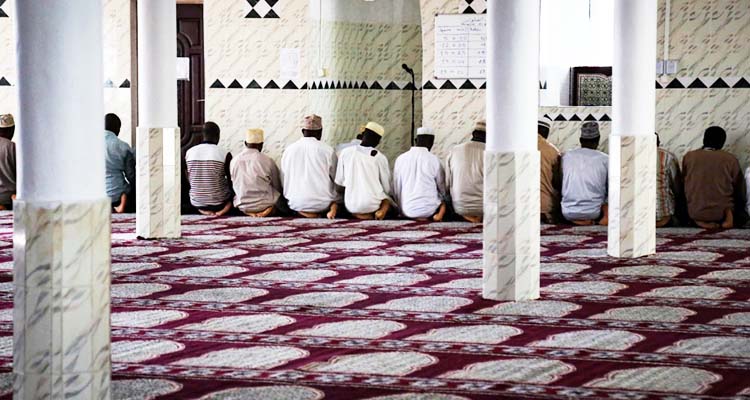 The Islamic Affairs and Charitable Activities Department, IACAD, announced the resumption of prayers in mosques in industrial zones and workers’ cities, starting with today’s fajr prayers, but with a limit of 30 per cent of capacity.

However, Friday’s prayers will remain suspended until further notice, the department added.

The decision was made after the implementation of several precautionary procedures and measures covering prayers in mosques, following the announcement of the gradual resumption of prayers in mosques in Dubai.

IACAD officials stressed that the public should remain cautious and follow instructions and preventive measures issued by officials to reduce the spread of coronavirus.

A recent report said Abdullah Bin Yarouf Al-Sabousi, Director of the Department of Islamic Affairs- Sharjah, said during a phone call to the “Direct Line” radio programme that is broadcast by Sharjah Radio, that Sharjah has 2,723 mosques, which have been reopened to receive worshippers.

It was said that the operations room was informed at 6:46pm on Sunday about the fire at a warehouse containing flammable material.

The source stated that the Civil Defence teams reached the scene within four minutes, noting that it was cordoned off and controlled from all sides. This helped the flames from not spreading to the other warehouses.

The source added that the Civil Defence personnel managed to control the fire at 7:20pm, followed by the process of cooling. The source confirmed that the accident resulted in no injuries.

The file of the incident has been referred to the concerned departments to disclose the cause of the fire, he added.