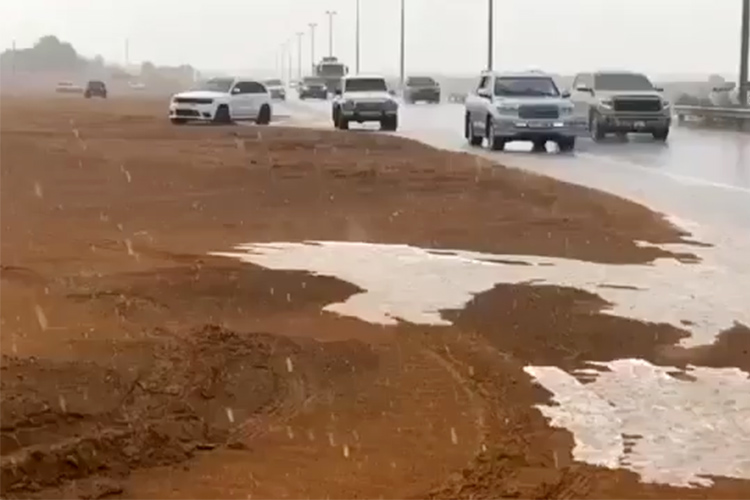 Motorists park on the side of Al Ain highway to enjoy the rain.

Heavy rain was experienced in several areas of the UAE, bring the temperatures down by a few notches.

The National Center of Meteorology (NCM) in a series of tweets shared videos of the downpour.

Residents made the most of the weekend, but with precautionary measures to curb the spread of coronavirus.

The National Emergency Crisis and Disaster Management Authority (NCEMA) saod on Twitter, “A chance of convective clouds formation eastward, northward and internal areas associated with rainfall. “Motorists are advised to drive carefully due to slippery roads and follow traffic rules to ensure their safety.”

Earlier in the day, the NCM said, “A chance of convective clouds, associated with rainfall and fresh winds, reaching 45 Km/h causing blowing dust and sand with poor horizontal visibility at times over some Eastern and Northern internal areas, extending to the Southern Western areas from 14:00 28/08/2020.”

The highest temperature recorded over the country was 45.6°C in Musaffah at 2:30pm.

While, the lowest temperature recorded over the country was 22.7°C at Jebel Jais at 6am.