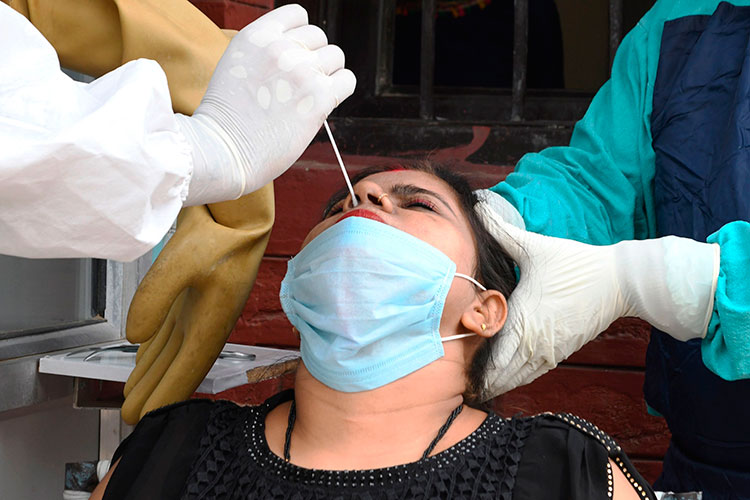 Health officials collect a nasal swab sample from a woman to test for coronavirus in Amritsar, India. AFP

India counted another record high of new coronavirus infections Thursday as it ramped up testing to more than 900,000 a day.

The 69,652 new cases pushed India's total past 2.8 million, of which 2 million have recovered, the Health Ministry said.

The country also recorded 977 coronavirus fatalities in the past 24 hours, raising total deaths to 53,866, the ministry said.

COVID-19 illnesses and deaths are thought to be far higher around the world due to limited testing and other factors. 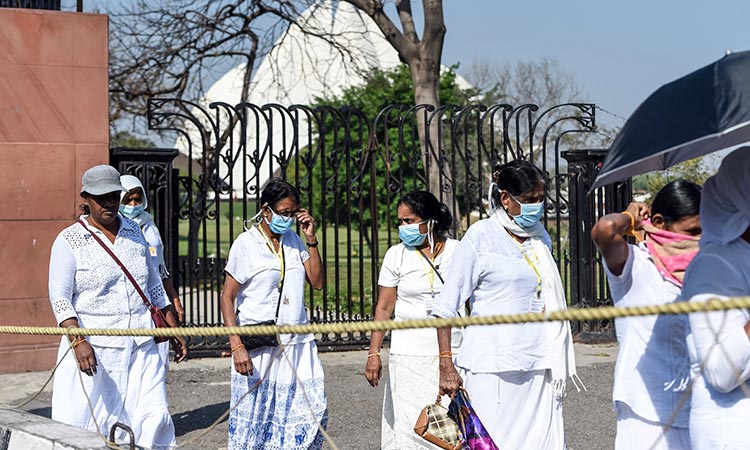 India has conducted 3 million tests for the virus, but experts have urged increasing its testing capacity greatly, given India has the world's second-highest population of 1.4 billion people.

It has the third-most cases in the world, behind the United States and Brazil, and has the fourth highest number of deaths behind the U.S., Brazil and Mexico.

India’s nationwide lockdown imposed in late March began easing in May and is now largely being enforced in high-risk areas.

Four of India’s 28 states now account for 63% of total fatalities and 54.6% of the caseload. Western Maharashtra state and three southern states of Tamil Nadu, Andhra Pradesh and Karnataka are the worst-hit regions.