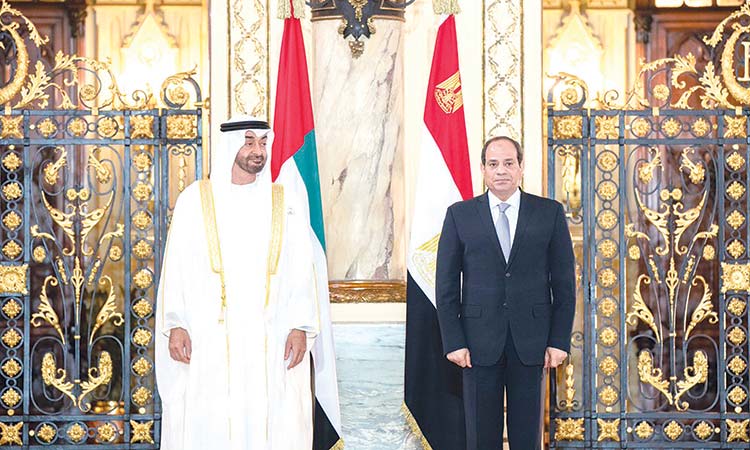 Egyptian President Abdel Fattah Al-Sisi welcomed on Thursday an agreement between the United Arab Emirates and Israel on normalising ties that includes an Israeli agreement to halt further annexation of Palestinian lands.

"I value the efforts of those in charge of the deal to achieve prosperity and stability for our region."