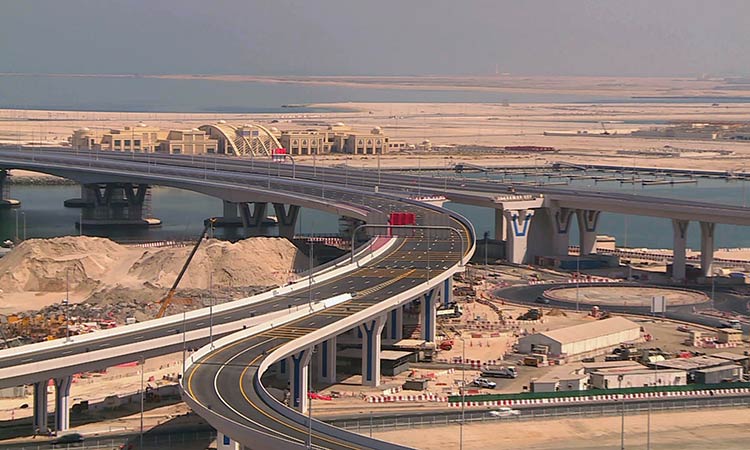 The bridges span 2,571 metres in length.

The Roads and Transport Authority (RTA) opened on Saturday five bridges leading to Deira Islands constructed in cooperation with Nakheel. The new bridges link with the existing bridge crossing over the Navigation Canal. The bridges leading to Deira Islands Project is a key part of Al Shindagha Corridor Project currently undertaken by RTA stretching 13km along the Sheikh Rashid, Al Mina, Al Khaleej and Cairo Streets. The project is undertaken in implementation of the directives of His Highness Sheikh Mohammed Bin Rashid Al Maktoum, Vice-President and Prime Minister of the UAE and Ruler of Dubai, to complete road projects related to Al Shindagha Corridor.

“The newly constructed bridges and roads provide access points to and from Deira Islands at the intersection of Al Khaleej-Abu Baker Al Siddique Streets. The bridges span 2,571 metres in length and have a total capacity of 20,700 vehicles per hour,” said Mattar Mohammed Al Tayer, Director-General and Chairman of the Board of Executive Directors of Roads and Transport Authority. 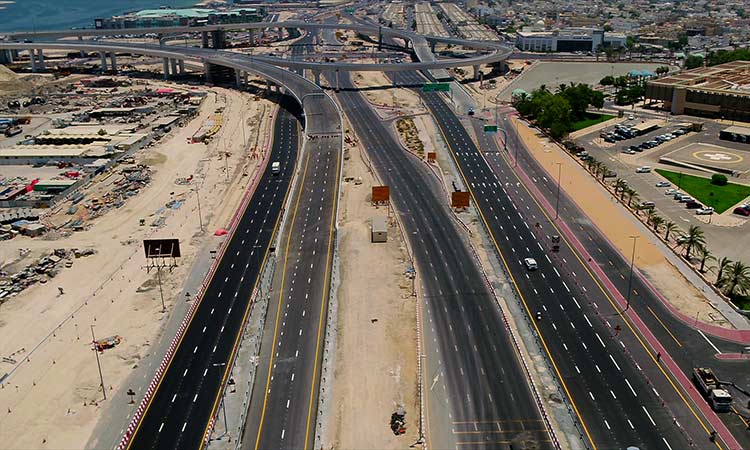 “The project will raise the capacity of Al Khaleej St. along 1.8km stretch, and provide better traffic safety and services from the intersection of Abu Hail Northwards to Al Baraha Hospital Southwards. Such improvements are attributed to the addition of two signallised junctions at the intersections with Abu Hail and Abu Baker Al Siddique Streets in place of the existing R/As. Street improvements also include rails, traffic signs, rainwater drainage works, utility shifting and street lighting,” explained Al Tayer.

Al Shindagha Corridor: The improvement of Al Shindagha Corridor is one of the biggest construction projects currently undertaken by RTA. Due to the massive scope of the project, it had been split into five phases, two of which have been completed. Work completed covered upgrading the junction of the Sheikh Rashid-Oud Metha Streets (Wafi Junction), and the intersection of the Sheikh Rashid-Sheikh Khalifa bin Zayed Streets.

Work is currently under way in Phase III, which includes six contracts, one of which has been accomplished covering entry/exit points for Deira Islands at the intersection of Abu Baker Al Siddique St. Construction work is in progress in Al Shindagha (Infinity) Bridge featuring an iconic architectural design that promises to be a unique landmark for Dubai worldwide, together with a ramp in the direction of Bur Dubai and bridges linking with Al Shindagha Tunnel. Work also includes improvements on the Corniche Street and intersections with Al Khaleej and the Falcon Streets. Bridges under this phase extend 8.5 km, tunnels span 535 m, and surface roads extend 8 km in total. The project encompasses the construction of 10 surface junctions, and this phase will be completed by the end of 2022.

Future Plans: Phase IV of Al Shindagha Corridor Project covers improvements of Al Khaleej St. along with the intersection with Abu Hail St. and intersection of Sheikh Rashid St. with Jumeirah, Al Mina and Al Mankhool Streets through the construction of bridges stretching 3.4 km, tunnels extending 2.25 km, six surface junctions, and roads extending 5.1 km. This phase is expected to be completed by the end of 2025. Phase V covers the construction of bridges leading to Deira Islands Southwards extending 1.5 km. This phase is set for completion in 2027.

Al Shindagha Corridor spans 13km in length and covers the construction of 15 intersections. The project is surrounded by several mega-development projects such as Deira Islands, Dubai Waterfront, Dubai Maritime City and Mina Rashid. Upon completion in 2030, the transit time across Al Shindagha Corridor is expected to drop from 104 minutes to just 16 minutes.