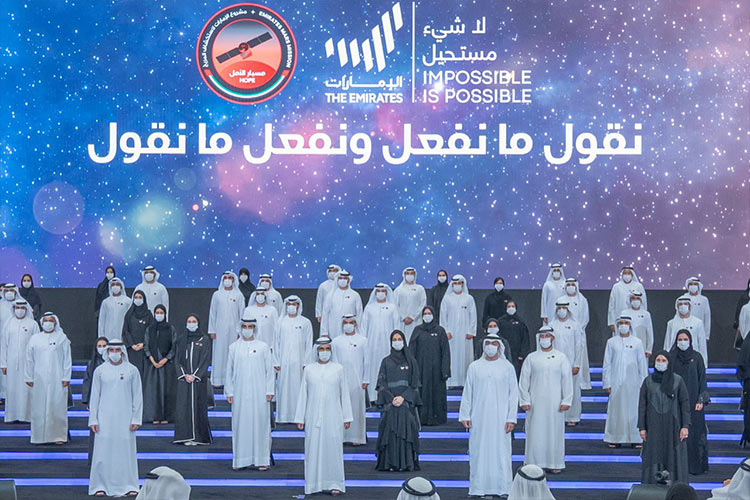 Sheikh Mohammed Bin Rashid said on Twitter, “On the day of Eid... and in the presence of my brother Mohamed Bin Zayed... We received the team of the Hope Probe... The sons of the nation are the most important achievements of this country... and with their achievements we are proud…” 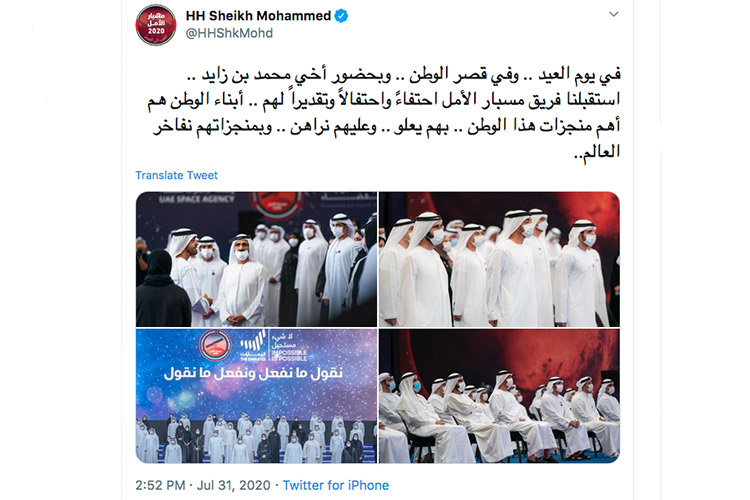 The Emirates Mars Mission team was stationed in Tanegashima for four months till the launch of the Hope Probe.

The Emirati project is one of three racing to Mars, including Tianwen-1 from China and Mars 2020 from the United States, taking advantage of a period when the Earth and Mars are nearest.

The UAE also wants the project to serve as a source of inspiration for Arab youth, in a region too often wracked by sectarian conflicts and economic crises.

On Twitter, the UAE's government declared the probe launch a "message of pride, hope and peace to the Arab region, in which we renew the golden age of Arab and Islamic discoveries." 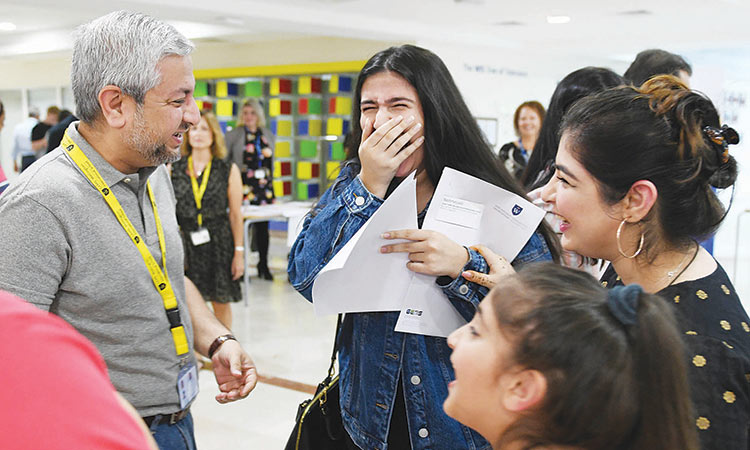 Adek facility for staff of private schools in Abu Dhabi

The Abu Dhabi Department of Education and Knowledge (Adek) has decided to exempt employees and workers of private schools in Abu Dhabi from returning to the schools for which they work, at the beginning of the new academic year, provided that they present a medical certificate proving a medical excuse after coordination with the school administration.