California registers highest number of COVID-19 cases in US - GulfToday 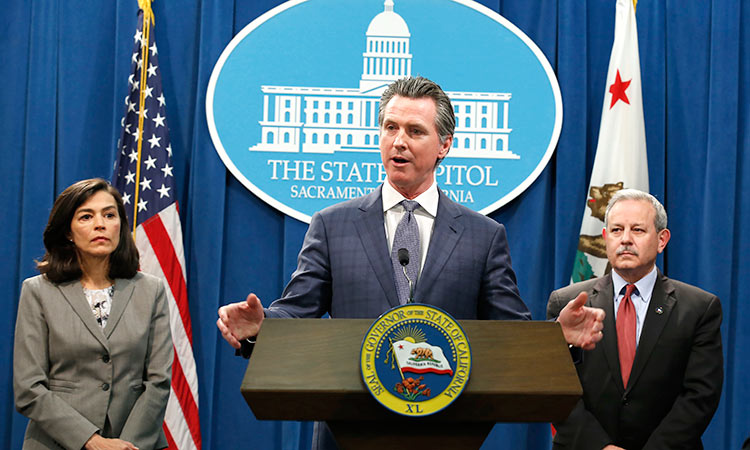 California on Wednesday reported the highest number of coronavirus infections of any state, surpassing New York, as the pandemic continues to hammer the western state with nearly 415,000 confirmed cases.

10,000 volunteers ready to be part of UAE COVID-19 vaccine trial

The total number of cases is about 4,700 higher than the overall number of infections in New York, which became an epicenter of America's coronavirus crisis in the spring.

New York's total death toll of 25,068 remains the highest in the nation. But the state has seen a huge decline in the number of new COVID-19 cases and deaths in the last two months. 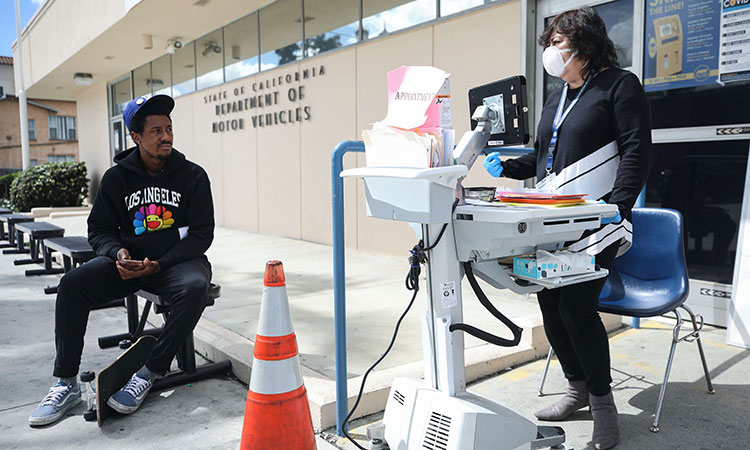 A Department of Motor Vehicles worker (right) speaks with a man in Los Angeles, California. File/AFP

Officials stressed that in comparing numbers, one must consider the fact that California has the largest population in the country -- nearly 40 million -- which is more than double that of New York.

California Governor Gavin Newsom said Wednesday that the spike in infections could be explained by the reopening of key sectors of the economy.

"So it's not surprising now in some respects, as we've begun to reopen key sectors of our economy, people continue to mix and people continue to come in close contact with others that may have contracted this disease, that our numbers would start to go up," he told reporters.

He warned that the increase in infections was a reminder of "the magnitude of impact that this virus continues to have."

Newsom said the state registered 12,807 new COVID-19 infections in the past 24 hours, a record high.

Hospitalizations have also dramatically increased, with more than 7,000 people in the hospital as of Monday and more than 2,000 in intensive care.

California was initially touted as an example for its handling of the pandemic, imposing the first lockdowns in the country.

But after beginning to loosen restrictions at the end of May, the state weeks later was forced to rollback reopenings in various sectors -- including for restaurants, bars, hairdressers and movie theatres -- as the number of infections surged.