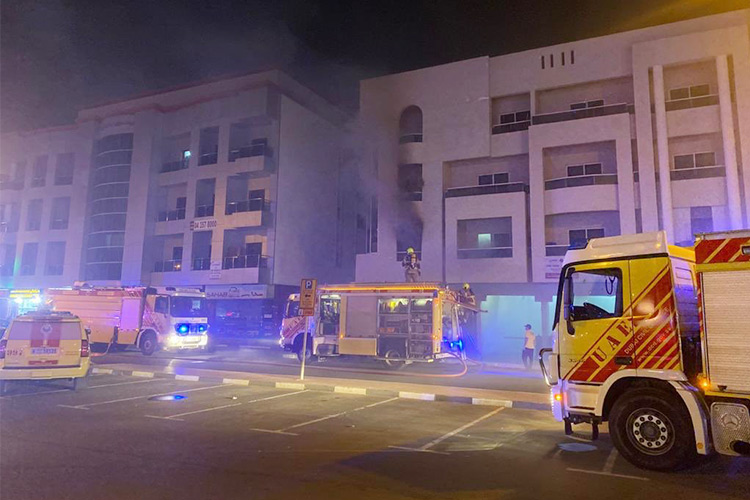 Firefighters douse the blaze at the residential building in Dubai.

A fire broke out at a residential building near Dubai’s Lamcy Plaza on Thursday evening.

Dubai Civil Defence rushed to the site in record time and took control of the situation.

The Official Twitter Feed of The Government of Dubai Media Office said, “Dubai Civil Defence put out a fire that broke out in a residential building behind Lamcy Plaza.” 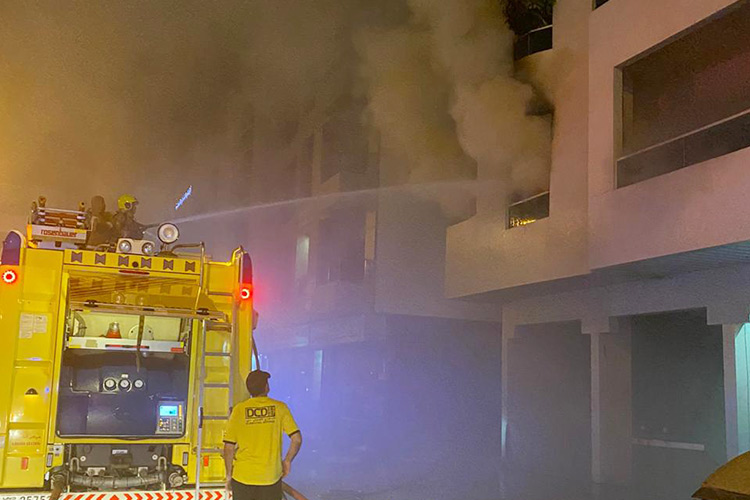 A fireman aims his hosepipe towards the blaze.

All residents of the building were evacuated to safety.

Authorities, at the site, were securing the perimeter.

A video showed Dubai Civil Defence teams rescue a family as part of the evacuation of the building behind Lamcy Plaza. Teams successfully secured the site and recued everyone by 11:19pm on Thursday.

A forensic team will investigate the cause of the blaze after the cooling process.