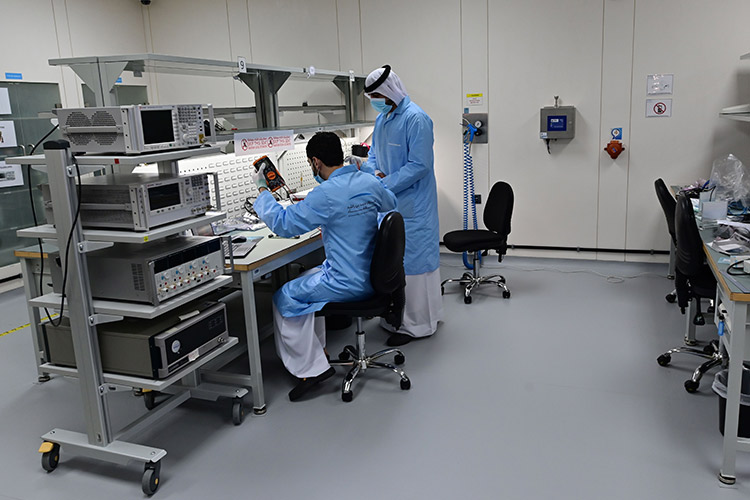 Scientists work at a laboratory in the Mohammed Bin Rashid Space Centre in Dubai. AFP

Sarah Bint Yousif Al Amiri, Minister of State for Advanced Sciences and Science Lead of the Emirates mars Mission, stated that the UAE creates opportunities for its citizens before they even dream of them, noting that this should encourage everyone to work hard to reinforce the country’s leadership and preserve its overall achievements.

During a remote media interview held today, Al Amiri revealed that the probe’s scientific mission is expected to start in April 2021, and the mission’s team currently works 12 hours per day. The mission is a journey filled with challenges since its launch six years ago, as well as knowledge and learning, she added. 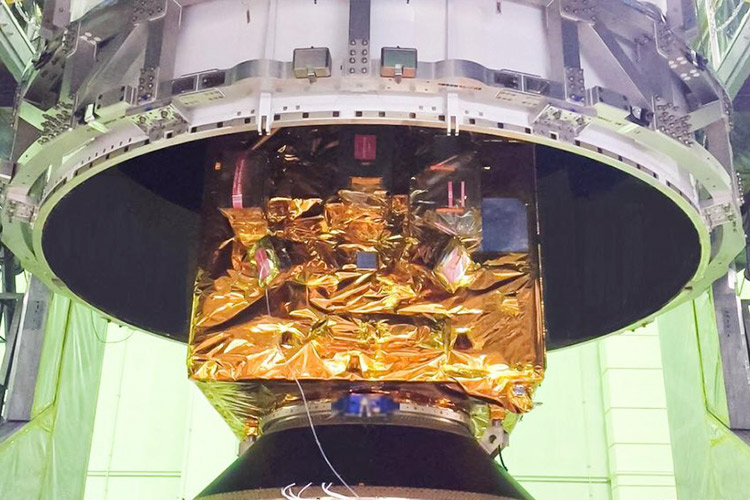 Hope Probe is being attached to  payload support structure.

She thanked the UAE’s leadership on behalf of the probe’s team for giving them this unique opportunity and noted that they are all proud to be part of the project, and explained that the design of a satellite to explore mars was not easy, and their challenges increased as they progressed.

Al Amiri also stressed that the mission’s land control station is currently testing control scenarios before the launch of the probe.

The Hope Probe, which is expected to reach Mars in February 2021, coinciding with the UAE’s Golden Jubilee celebrations, is a national project that highlights the vision of the UAE’s leadership to establish an Emirati space programme, which will reflect the country’s commitment to promoting international cooperation and partnerships in finding solutions to global challenges for the well-being of humankind.

The Hope Probe which will send a message of hope to the peoples of the world aims to revive the rich Arab and Islamic history in the area of science, and affirms the UAE ambitions to defy the impossible and shape a bright future for humanity.