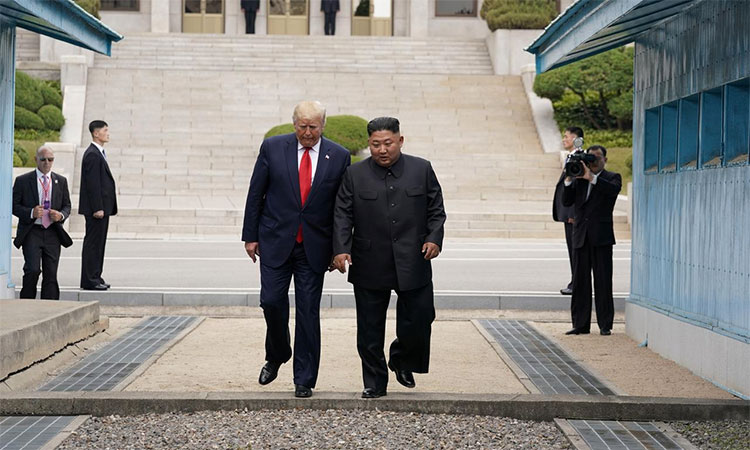 US President Donald Trump and North Korean leader Kim Jong-un met for the first time in 2018 in Singapore. File photo

A US envoy arrived in South Korea on Tuesday in an effort to renew stalled nuclear talks with North Korea, hours after it issued a statement saying it has no intention of sitting down with the United States and told South Korea to "stop meddling". 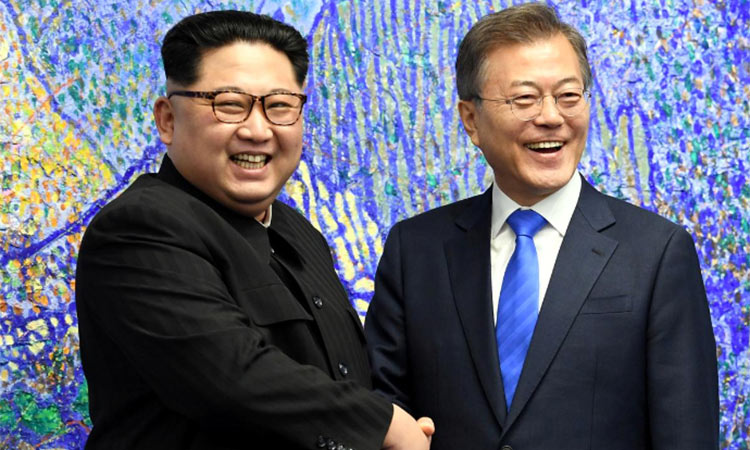 North Korea said on Saturday it did not feel the need for a new summit, days after South Korean President Moon Jae-in, who had offered to mediate between Kim and Trump, suggested the two leaders meet again before the US elections in November.

"It is just the time for (South Korea) to stop meddling in others' affairs but it seems there is no cure or prescription for its bad habit," Kwon said in a statement carried by the North's official KCNA news agency.

"Explicitly speaking once again, we have no intention to sit face to face with the United States."

Trump and Kim met for the first time in 2018 in Singapore, raising hopes for a negotiated end to North Korea's nuclear programme. But their second summit, in 2019 in Vietnam, and subsequent working-level negotiations fell apart.

Yang Moo-jin, a professor at the University of North Korean Studies in Seoul, said Kwon's statement reflected lingering inter-Korean tension and North Korea's view that nuclear issues should be discussed only with the United States.

"It also suggested that North Koreans would ditch the past concept of negotiations where the South played a broker role, and won't return to the table without major US concessions," Yang said.