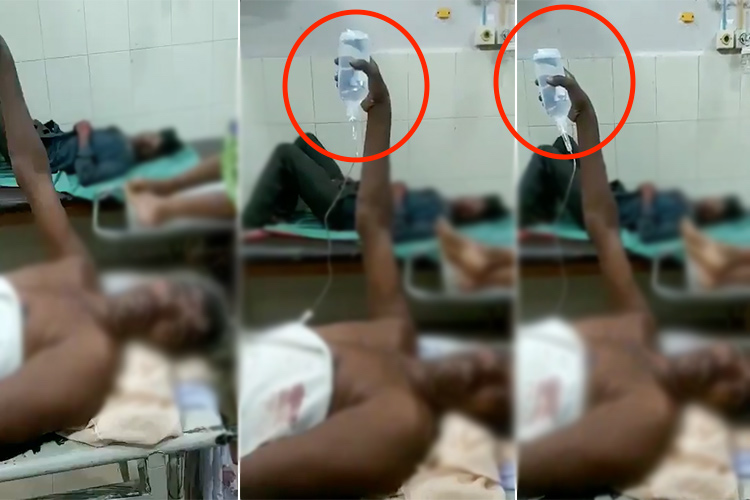 A combo image shows the patient holding the saline bottle.

A bed-ridden patient in a hospital in Karnataka's Hubli, shown in a viral video holding up a saline bottle, was only made to hold it "briefly" till a nurse could fix a stand - of which there was no shortage, a hospital official said on Tuesday.

He said the 1,800 bedded hospital has sufficient saline stands and is generally occupied only 50 to 60 per cent.

"The incident occurred at a time when the casualty ward was very busy and the nurse went to bring the stand. Meanwhile, somebody shot the video and made it viral," Antartani claimed.

He said the incident occurred 4-5 days ago with a non-Covid patient who left the hospital hurriedly without heeding the medical advice.

According to the director, the patient's relatives or somebody within the institution could have captured the video.

"We don't know who has done it exactly but such things are going on. Anyway, we are going to send a memo to the Group D workers and the staff nurse," Antartani said.

In the viral video, the patient, identified as Shankarappa Angadi, was seen holding the saline bottle with his raised right hand as he lay on the bed, surrounded by fellow bed-ridden patients.

Angadi, speaking in Kannada, told the person capturing the video that the nurse had instructed him to hold up the bottle and smiled when asked if KIMS ilacks funds, hinting that it could not even provide a saline stand.

However, the room in which the video was shot had no signs identifying it to be KIMS, except two more bed-ridden patients lying to Angadi's right and a switch board being visible.

Recently, KIMS was in the news for claiming to have used plasma therapy on a Covid patient who showed signs of 'recovery'.

KIMS-Hubli was started in 1957 and is currently affiliated to the Rajiv Gandhi University of Health Sciences (RGUHS).

The college offers MBBS, MD and MS degrees in all specialties along with other courses.

A Florida man undergoing kidney dialysis looks to Trump for emotional support but is extremely upset he can't bring a life-sized cardboard cutout of Trump to the centre where is he undergoing treatment. 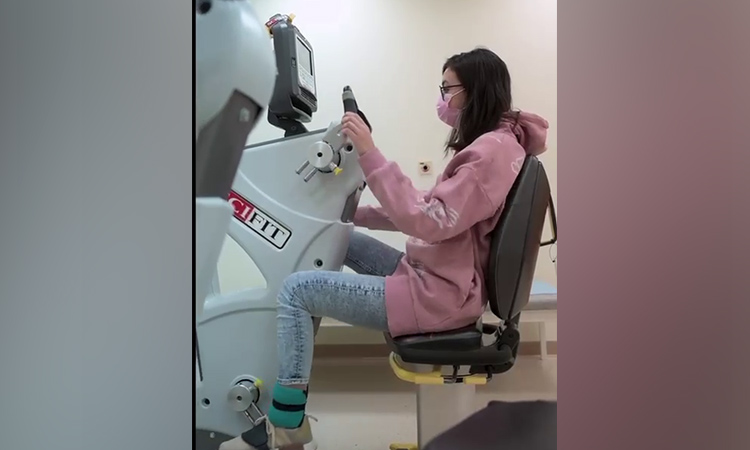