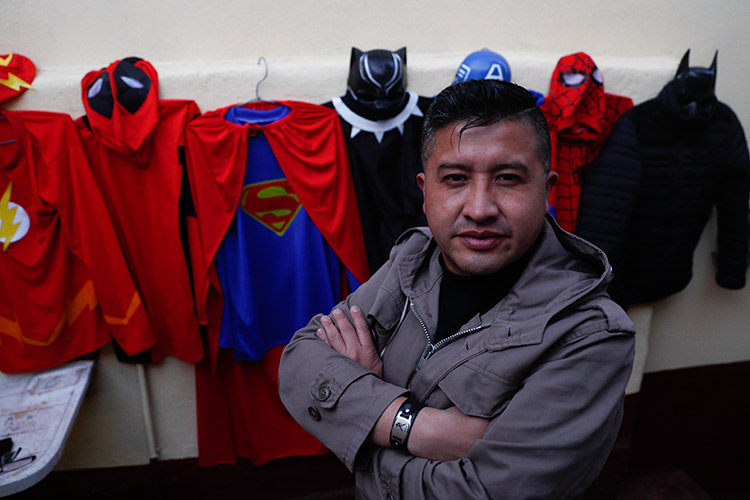 Jorge Manolo Villarroel poses for a photo next to his superhero costumes. AP / File

But he’s always a teacher − one who lives out his childhood dreams by dressing up as superheroes for the locked-down students who attend his virtual classes.

His classes have become so popular that siblings fight for the laptop screen to learn from this costumed teacher. They, in turn, often offer him tech help.

"They arrive to the virtual classes before me and the first surprise is to guess which superhero will appear on the screen,” said Villarroel. 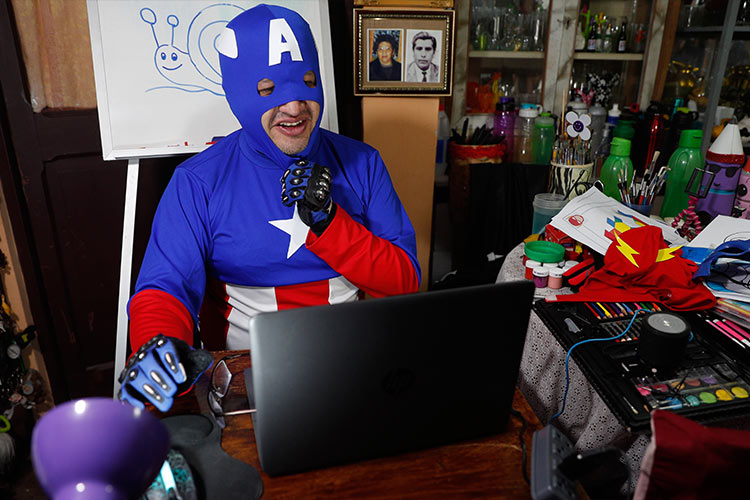 At 33, Villarroel speaks with the passion of a child. His modest room is filled with the masks and costumes of his characters, along with images of Christ, several Roman Catholic saints, revolutionary Che Guevara and his parents.

Villarroel, who lives in a poorer neighborhood of the Bolivian capital, teaches art at the San Ignacio Catholic School in a wealthier area. His students range from 9 to 14 years old.

"Hey teacher! You have to anchor the image... Go to the screen of your cellphone and look for a small one,” a student told Villarroel; the teacher, dressed as the Flash, explained to his youngest students how to put together a mosaic of geometric figures using coloured leaves. 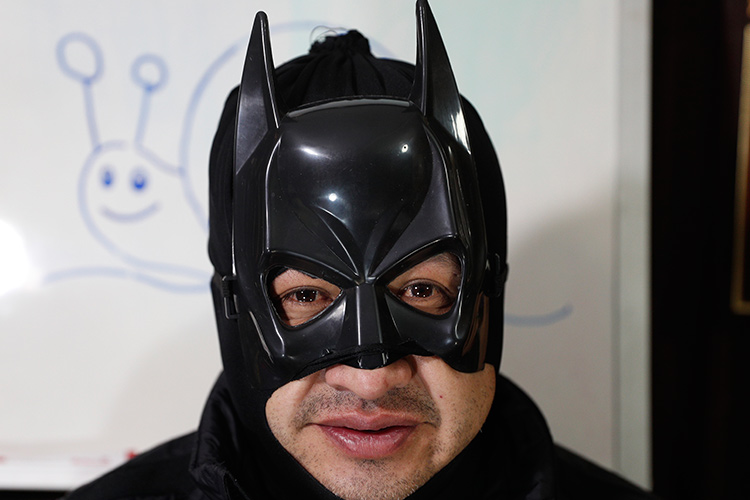 Jorge Manolo Villarroel, wearing a Batman costume, poses for a photo at his home. AP / File

"For years, they have entered our adult world, now it’s time for us to open up to their world, which is chat,” he said. "When they speak they can be limited, but in chat they expand, they become the teachers and show me applications.” The class begins with a Zumba-style warm up (Villarroel is also a Zumba instructor), followed by a prayer and then superhero music, to set the proper atmosphere.

Forty-five students follow the online classes. Villarroel himself makes the costumes he wears. "I had to improvise since with the quarantine I couldn’t get out.”

At times, with his glasses, he looks as much like a disc jockey in front of a computer as a superhero. His tiny dog Coquito sleeps obliviously on his lap.

"Education stagnated in traditional molds. After the pandemic everything will change, including education,” he said. 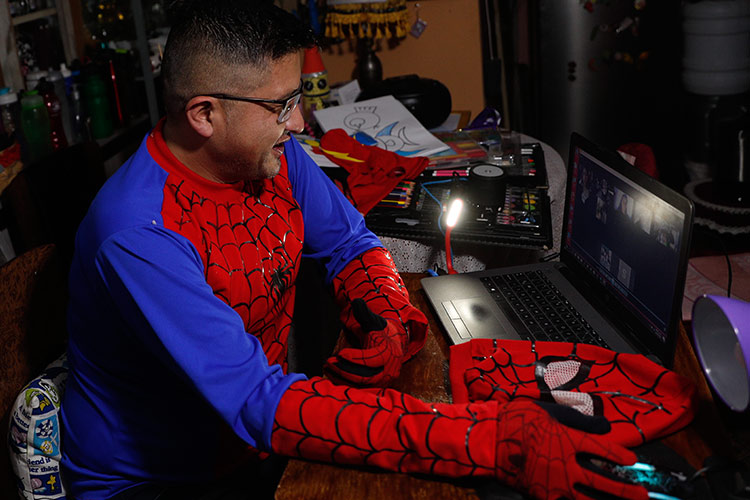 Many schools, especially private ones like Villarroel’s, have been teaching online since March.

But in Bolivia, the poorest country in South America, the internet is slow, expensive and available only in large cities and towns. In many poor rural areas, electricity is only just arriving and television still relatively new. Some complain that virtual classes are only available to those who have the money to buy a computer or cellphone, worsening the country’s already large spread between the rich and poor.

"Even in my private school there are children who do not have a good cellphone,” Villarroel acknowledged. "But we are in a time of change.” 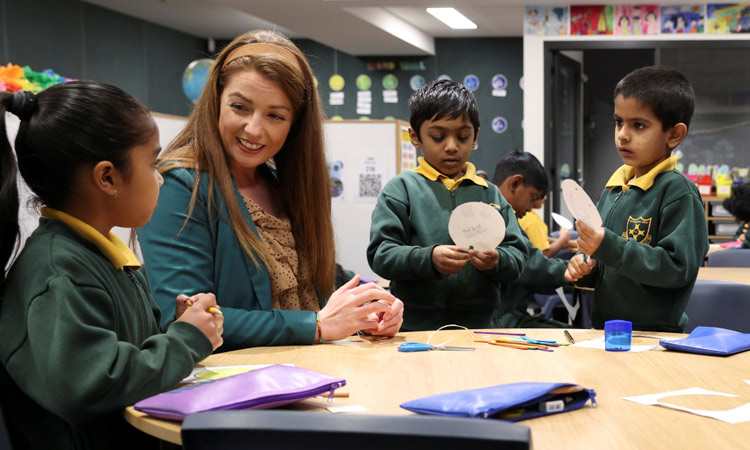