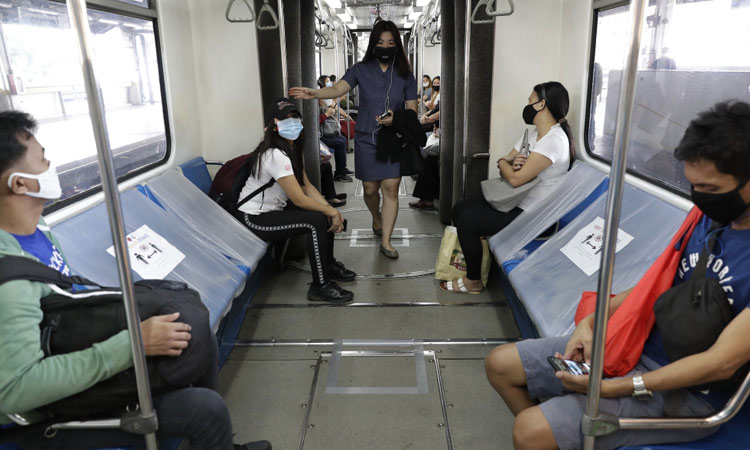 People board a train with seats arranged for social distancing measures during the first day of a more relaxed lockdown in Manila on Monday. AP

Millions of people returned to work in the Philippine capital on Monday as one of the world's strictest and longest coronavirus lockdowns was eased to help resuscitate an economy that has been battered by the closure.

Public transport such as trains and shuttle buses were allowed to operate in Manila but on a limited scale, forcing commuters to wait in long queues for hours, and leaving hundreds of workers stranded. 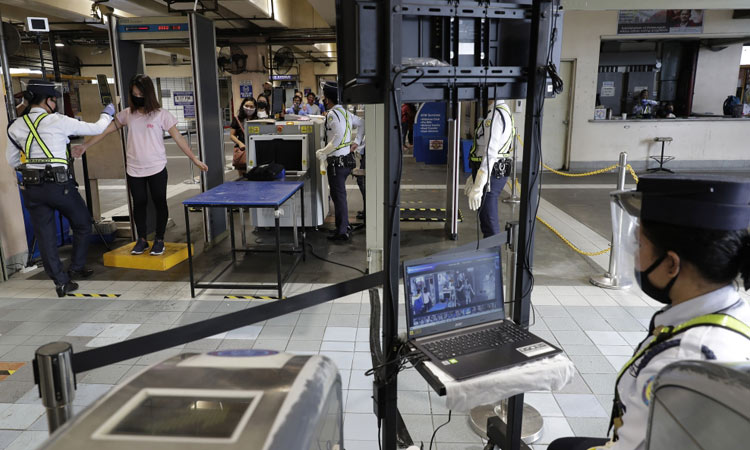 Commuters undergo a temperature and security check at a train station in Manila. AP

Cabusao, 24, a maintenance planner at an aviation firm, said his need to earn a living outweighed his fear of the coronavirus. "The fear of contracting the virus will always be there."

With the third highest number of coronavirus cases and second highest official death toll in Southeast Asia, the Philippines also allowed the reopening of more businesses, and people can now leave home without government permits.

The measures were among the world's toughest, on a par with those of the Chinese city of Wuhan, where the coronavirus first emerged, and stricter than curbs at the peak of the contagion in Italy and in Spain, bringing the economy to a sudden halt. 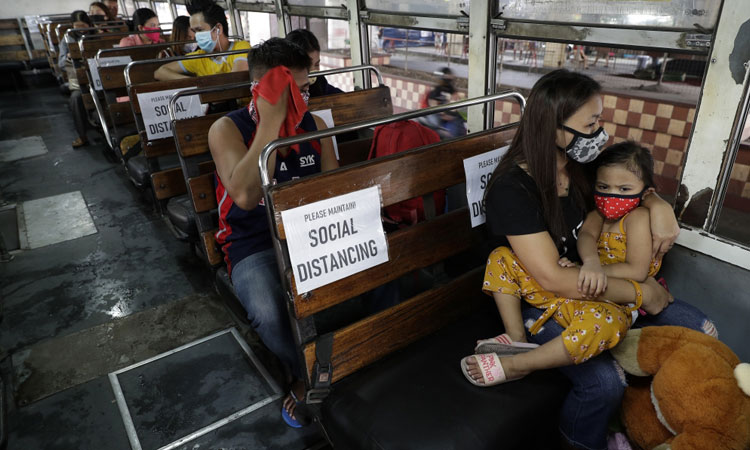 Passengers ride a bus with signs arranged for social distancing in Manila. AP

Lockdowns were relaxed in smaller towns outside the Manila area earlier.

In easing the measures, Philippine President Rodrigo Duterte sought to walk a fine line between protecting the country's more than 107 million people and reviving an economy facing its biggest contraction in more than three decades.

"This is his biggest gamble yet because whatever happens, it's on him," University of Santo Tomas Political Science Professor Dennis Coronacion told ABS-CBN News.

The decision to ease the restrictions came after a spike in the number of coronavirus cases, which health officials attribute to increased testing and clearing of a backlog of tests. 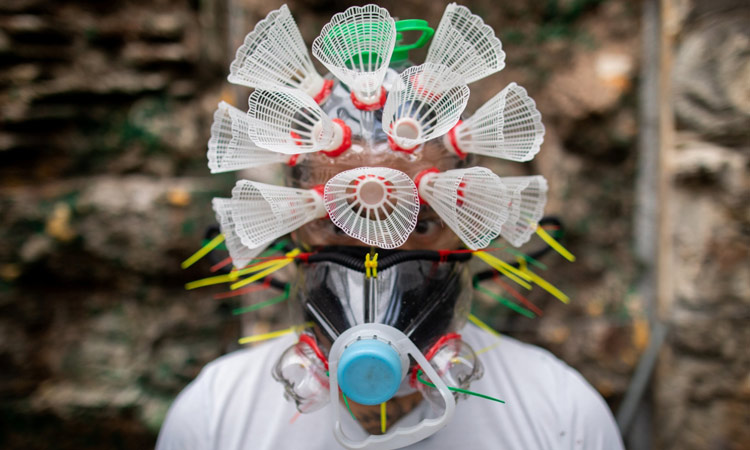 The Philippines recorded 552 more coronavirus infections and three more fatalities on Monday, the health ministry said, raising its tally of confirmed cases to 18,638 and 960 deaths, most in the Manila area.

Presidential spokesman Harry Roque said the positivity rate, or proportion of tests that come back positive, had been more than halved to 6.5% as of late May from 13.4% in April, suggesting the country was on its way to managing the pandemic.

Health officials also said the lockdown had slowed the growth in coronavirus transmissions from three to four people infected by every one person to one.

But Dr Jose Santiago, president of the Philippine Medical Association, said the key to a successful transition to a so-called new normal was implementation of the more relaxed rules.

"As you know, the implementation is very challenging. I don't know if they can really implement the social distancing and compulsory wearing of masks." 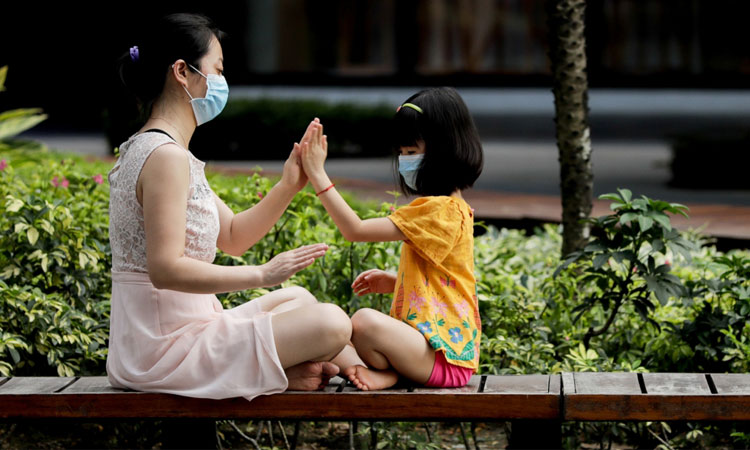 Metropolitan Manila police chief Maj. Gen. Debold Sinas has threatened to arrest people who don't comply with the restrictions. Thousands of police will be deployed and checkpoints will be set up in entryways to metropolitan Manila, he said. 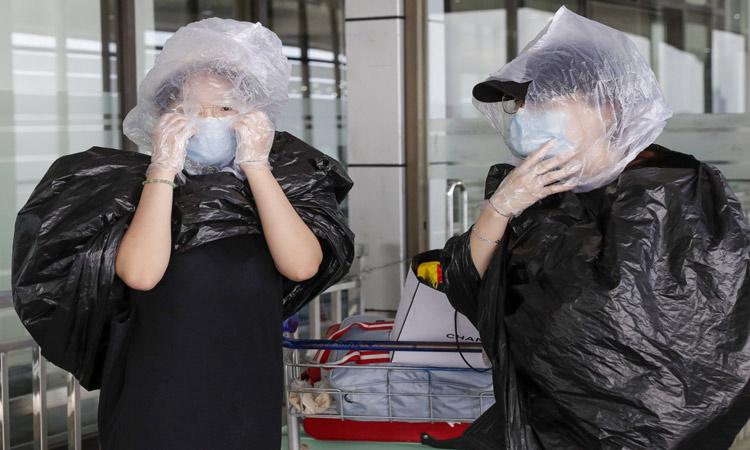