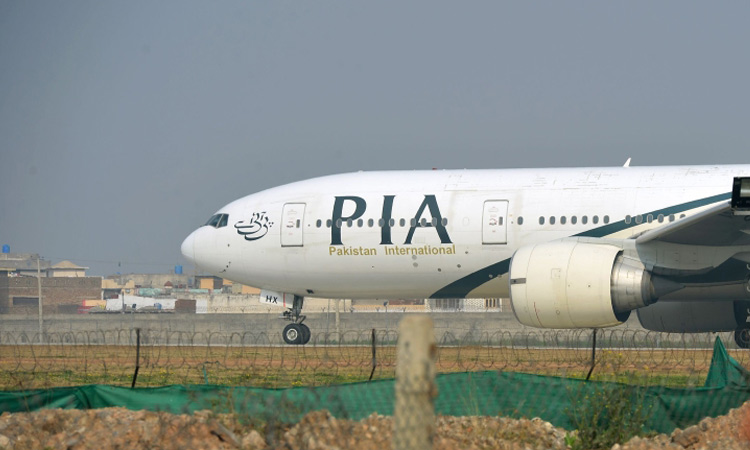 A Pakistan International Airlines plane taxis on the runway at the airport in Islamabad. File / AFP 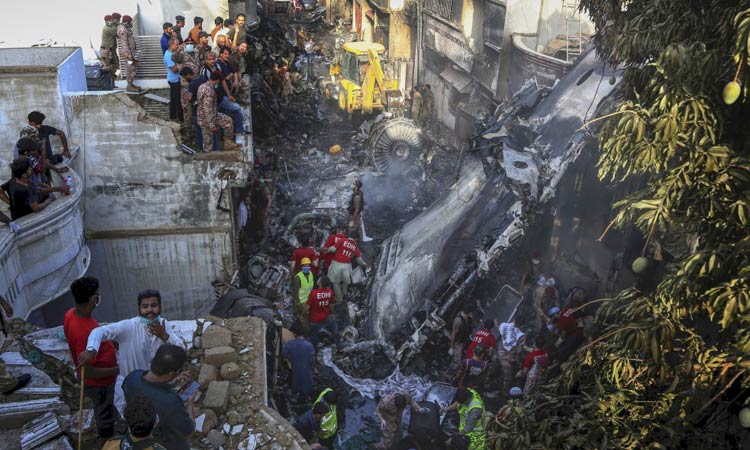 Volunteers look for survivors of a plane that crashed in a residential area of Karachi. AP

It is estimated that 98 people were aboard the Airbus A-320 aircraft when it crashed, including 91 passengers and seven crew members.

As the news broke, many including celebs took to social media and mourned the tragic incident.

Prime Minister Imran Khan said he is “shocked and saddened” by the crash.

He said he is in touch with PIA CEO Arshad Malik who is on his way to Karachi, adding “this is the priority right now.”

Foreign Minister Shah Mahmood Qureshi said he is “deeply grieved” over the “devastating plane crash” with so many people minutes away from being home for Eid. He said his prayers are with all the families.

“We are in midst of grave challenges as a nation and in these times of trial we must show resolve and unity,” the foreign minister said.

The PPP chairman called for urgent rescue operations and offered condolences and prayers for those whose loved ones were on board. Bilawal Bhutto Zardari said the painful incident has grieved the entire country ahead of Eid.