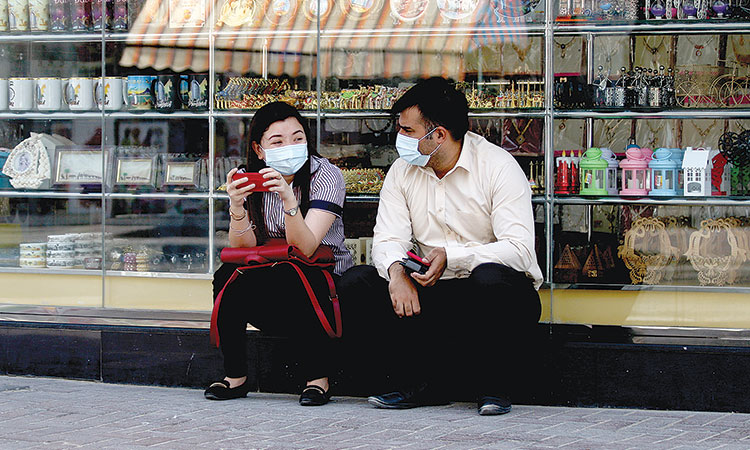 A masked couple sit ouside a store as they wait for the taxi. Kamal Kassim/ Gulf Today

However, ADNOC (Abu Dhabi National Oil Company)-Borouge Recruitment Projects senior specialist Jose Koska and Equiti Group-HR Global Projects associate CIPD (Chartered Institute of Personnel and Development)/business partner Mayne Tamondong emphasized that in the course of job hunting, everyone must maintain and remain conscious of the value of professionalism. They admitted that HR people and even employers check on the social media sites of job applicants.

Based in the capital and Dubai respectively, Koska and Tamondong offered tips on how to apply and land in new sources of income on Tuesday afternoon.

“Illustrado Talks” is among the online platforms of the Filipino magazine whose mission is “to help Filipinos flourish, become better individuals and be more progressive thinkers (in spite of unexpected or unpredictable challenges) through educational and inspirational topics,” said editor-in-chief Lalaine Chu-Benitez.

In reference to job vacancies, Tamondong said: “It is not gloom and doom.”

She showed the Candor website which reflects that hiring companies (represented by a long green shade) far exceed those which are on freeze hiring (short yellow shade) and those which have closed down (shorter red shade).

Saying that based on Candor, the financial technology industry is alive such as her company “as any movement is good for us,” the trade journal writer added: “The IT (information communications technology is also doing well). I see Jose that ADNOC is also hiring.”

Early on Koska said that current highly in-demand jobs are in the medical/healthcare sector alongside its support services, IT and Cloud automated platforms, supply chain and cargo delivery as well as the oil & gas industry: “We are hiring project engineers, discipline engineers and technicians.”

According to him, on Facebook is a dedicated page for job openings for Filipinos.

Incidentally, an IT expert in Sharjah, on remote work for years, gladly and recently informed his friends about his new assignment of interviewing “at least four job applicants; so it is not really that bad at all.”

Meanwhile, Koska pointed out that one’s sense of professionalism could even be gauged through what has become the mode of interviews-virtual technology.

He said employers and companies are both weighing the technical capabilities and soft skills (character) of job applicants.

Relating that to the virtual interviews, Koska said: “Present yourself well. I have interviewed 34 in the past two months and I have seen (job applicants) who had not prepared for the (scheduled job interview). They had just woke up. Their surroundings were a mess. Clothes were (all over the background).”

“You have to prepare well. The way you present yourself at the virtual interview is a means of communicating (to your possible employer how serious you are in becoming a member of the team) and your interest in the company,” said the former Society of Human Resource Professionals and Associates-UAE  president.

Koska said another element that would nail the job application are one’s innovativeness and creativity which would be demonstrated at the interview: “What are some ideas you could bring to the table with regards business sustainability and cost-savings. Do you have ideas that would help save the company.”

Professionalism for Tamondong could be traced on how a job applicant projects himself through the social media such as the Facebook and Instagram. She stressed the need for everyone to learn how to be their own PR person-the personal branding and image-building combined with self-improvements and skills upgrading-for more credibility and trustworthiness. 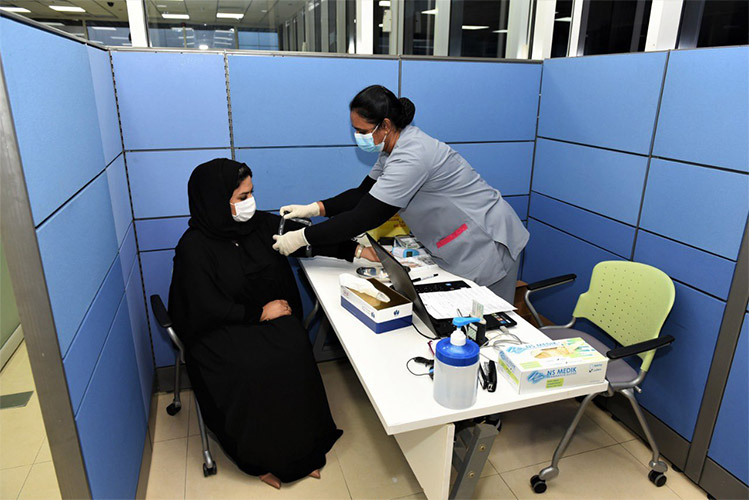 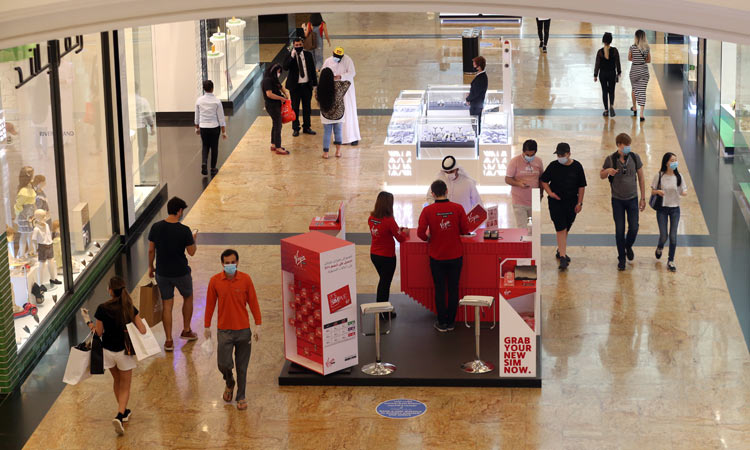