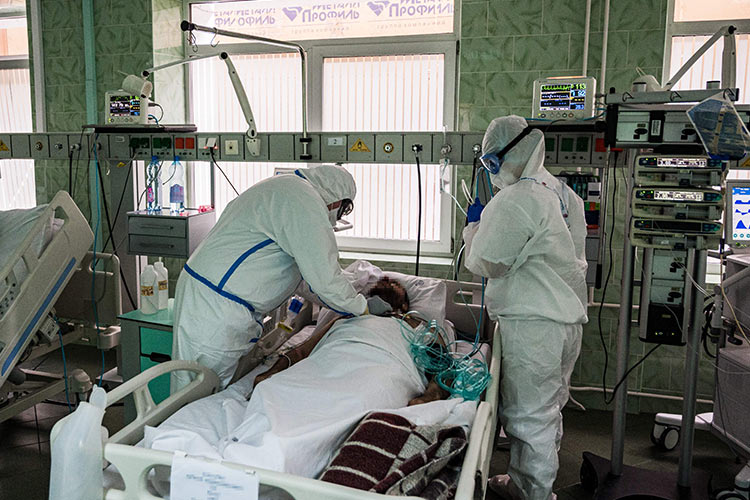 Doctors treat a coronavirus patient at a hospital. AFP

The UAE on Monday conducted as many as 37,844 additional COVID-19 tests, which led to the detection of 832 new cases, bringing the total cases to 24,190 including those under medical treatment, recoveries and deaths, Dr Amna Al Dahak Al Shamsi, official spokesperson of the UAE Government, said during the daily press briefing.

The health authorities in the UAE are exerting strenuous efforts to contain the pandemic, which led to the recovery of dozens of infected people, she added, noting that the number of infections are rising daily as a result of irresponsible practices by some people who do not abide by the health guidelines and preventive measures.

The daily average of recoveries increased to 9,577 after registering 1,065 new recoveries, she said.

Ignoring the preventive measures and social distancing rules, the newly declared cases showed that 30 people of two families including a two-month baby and a number of elderly people were infected, she said. 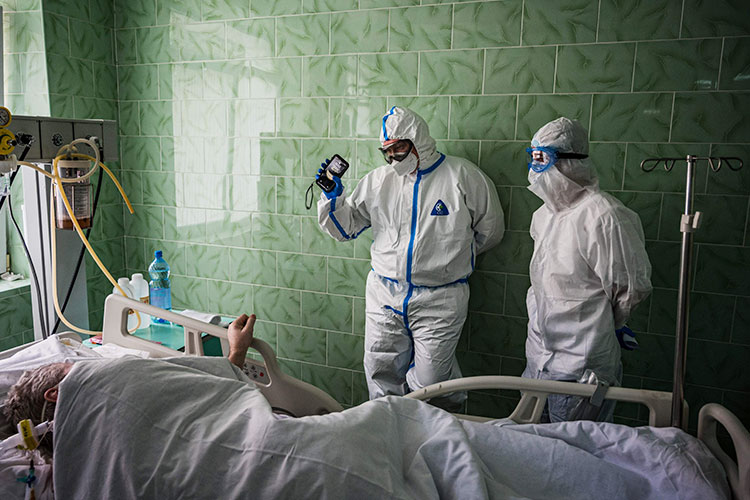 During the press briefing, 11 deaths of different nationalities were also announced, bringing to 157 the total number of deaths, Al Shamsi said.

Al Shamsi explained that the decision taken to partially ease lockdown and allow trade centres to open is aimed to strike a balance between meeting the needs of a section of the society engaged in basic commodities sector and continuing to abide by the recommended health guidelines.

In line with the national measures taken to maintain the country’s health security and the safety of citizens and residents and based on the noticeable rise of infections during the holy month of Ramadan as a result of the failure of some individuals of the society to abide by the preventive measures, the national sterilisation programme was decided to be changed to become between 8pm and 6am the following day instead of 10pm to 6am earlier, effective from Ramadan 27 till further notice.

Nevertheless, the competent authorities approved a number of precautionary measures due to the forthcoming Eid Al Fitr holiday, he said, adding that these include allowing foodstuff outlets, co-operative societies, groceries, supermarkets and pharmacies to work round the clock during the sterilisation programme.

It was also decided to allow a number of outlets including stores for selling meat, vegetables and fruits as well as Toasters, mills, slaughterhouses and stores for selling, fish, coffee, tea, nuts, sweets and chocolate to open from 6am till 8pm, provided that all precautionary measures including wearing masks and gloves will be taken into consideration, he added.

Al Dhaheri stressed the importance for all authorized stores to adhere to the applicable health and safety procedures including the percentage of shoppers, which should not exceed 30 per cent of the total capacity and the need to keep a safe distance of 2 meters at least between one shopper and another.

He explained that it was decided that trade centers and malls would open their doors from 9am till 7pm, effective from Ramadan 27, he said, adding that new timings for malls would be announced later after Eid Al Fitr. 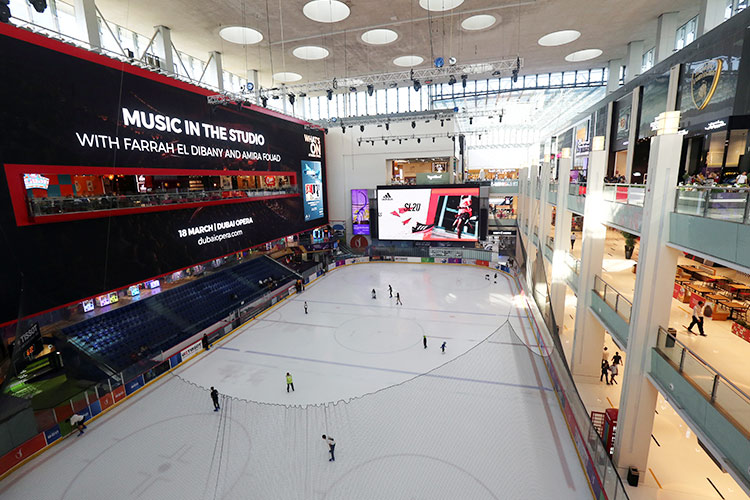 Dubai's large Global Village shopping and entertainment market, which runs from November to March each year, said it was closing early.