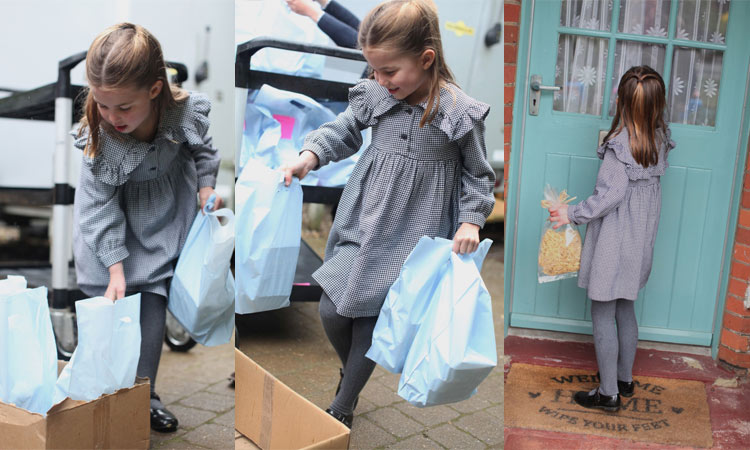 The Duke and Duchess of Cambridge released four new photographs of the princess to celebrate her fifth birthday.

Charity and concern for those who are less fortunate have highlighted humane traits of several celebrities, and the British royals are no exception.

The images were taken by Kate Middleton last month at Sandringham, “where the family helped to pack up and deliver food packages for isolated pensioners in the local area”, Kensington Palace said. The little lady also showed her humanitarian nature by packing and delivering food parcels to the elderly in the photographs.

Charlotte is the Cambridges’ middle child. 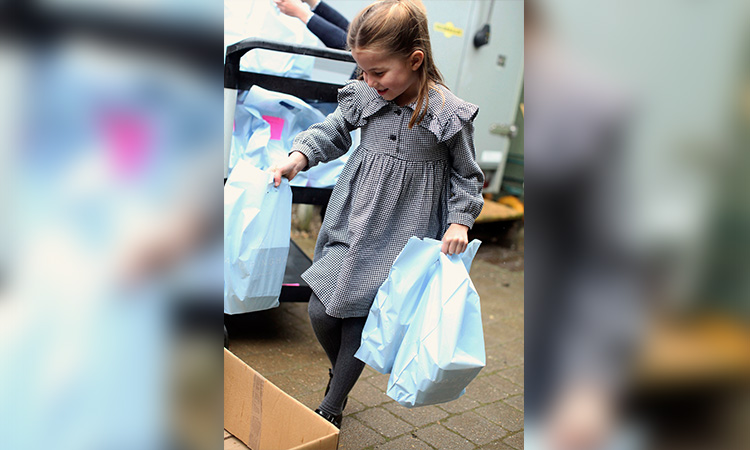 Princess Charlotte is raring to go – and deliver the food parcels. Photo: Reuters

However there was little fanfare to mark that occasion as Britain endures a nationwide lockdown to contain the coronavirus outbreak – its worst national crisis since the Second World War.

"The Duke and Duchess of Cambridge are very pleased to share four new photographs of Princess Charlotte ahead of her fifth birthday tomorrow," the caption read.

As well as making up food parcels, the Cambridges have been involved in the fight against coronavirus by lending their support to frontline staff — calling hospitals to offer their thanks, and speaking with the children of key workers. 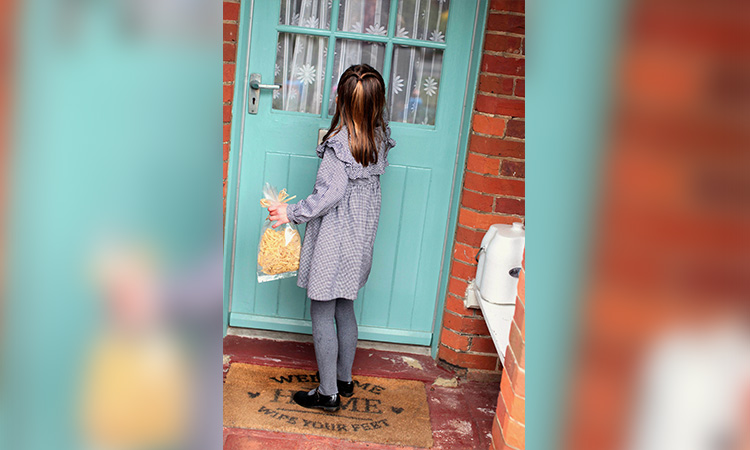 Princess Charlotte knocks at the door of a pensioner’s home to deliver her food pack. Photo: Reuters

Kate is a keen photographer and the palace regularly releases new images she has taken of her children on their birthdays.

Last week, the Duke and Duchess of Cambridge launched a new initiative to support the mental health of key workers on the frontlines of the coronavirus outbreak.

The project, titled “Our Frontline,” will combine one-to-one support with online resources made available to NHS workers, carers, emergency services personnel and other key workers whose psychological wellbeing has been compromised by the pandemic, including teachers and bus drivers.

Prince William and Kate Middleton’s charitable organisation, the Royal Foundation, will formally back the project.

The couple also took part in a video call with pupils and teachers at Casterton Primary Academy, which has remained open to allow the children of key workers and other vulnerable students to continue attending school amid the nationwide lockdown. 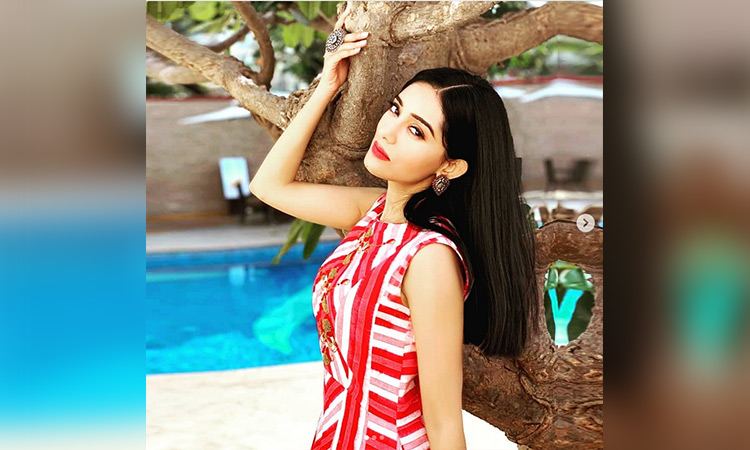