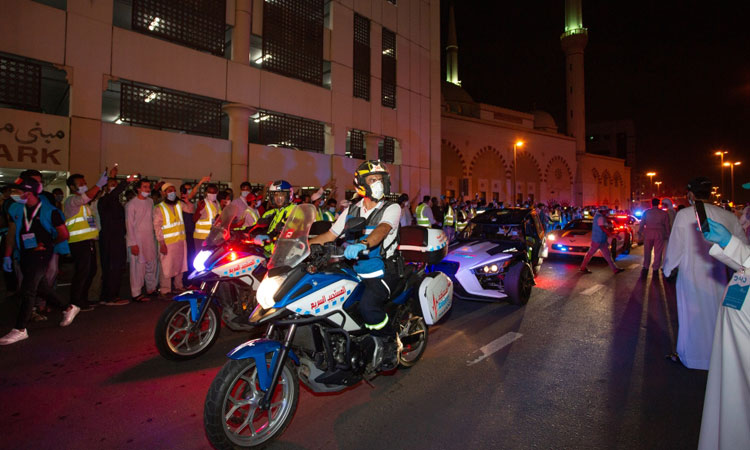 A police patrol moves out of the Naif area in Dubai on Sunday night. AFP

The Supreme Committee of Crisis and Disaster Management, headed by Sheikh Mansour Bin Mohammed Bin Rashid Al Maktoum, announced the easing of restrictions on movement in Naif and Al Ras areas in Dubai. Public movement in these areas will return to normal between 6am and 10pm and restrictions will be in place only between 10.00 pm and 6.00 am as with the rest of the emirate.

The Committee’s decision to reduce the 24-hour controls on movement follows the success of efforts to combat COVID-19. According to the Committee, no new COVID-19 cases were recorded in the last two days in Naif and Al Ras. More than 6,000 tests were conducted among residents in the areas in less than a month.

The achievement was the result of the combined efforts of all teams involved in the comprehensive sterilisation programme. Comprehensive monitoring and isolation of suspected cases played a critical role in controlling the spread of the virus.

The Committee thanked the residents of the two areas for their understanding and cooperation, which significantly contributed to the efforts to combat the virus. The results also reflect the effectiveness of precautionary measures and the competence of frontline workers who worked around-the-clock to fight the pandemic. The COVID-19 Command and Control Centre, Dubai Health Authority, Dubai Police, Dubai Civil Defense, Dubai Corporation for Ambulance Services, Watani Al Emarat Foundation and other authorities exerted exceptional efforts to safeguard the health and safety of citizens and residents.

The Committee’s decision, which will facilitate the restoration of normal life in Naif and Al Ras, follows the announcement on Thursday of a new set of guidelines on movement in Dubai and an updated list of exempted commercial activities and sectors. As part of the first phase of easing restrictions, stringent curbs on public movement will now be limited to the period between 10pm and 6 am, during which the public will be allowed to leave their homes only for medical emergencies. Sectors and activities exempted from the restrictions can continue to operate normally, including hospitals and deliveries.

Intensive preventive measures implemented in the densely populated and commercially active areas of Naif and Al Ras included rigorous sterilisation operations and extensive medical tests.  The tests were carried out by specialised DHA teams. Essential supplies were provided to residents of the areas during the period of restrictions in collaboration with a large number of volunteers who worked tirelessly to support the community.

The Committee expressed the hope that this achievement will pave the way for further social solidarity in responding to the crisis and a reduction in the overall number of cases.

The Committee stressed on the need for individuals to observe preventive measures including maintaining a distance of at least two metres from other individuals and minimising interactions. It also stressed all individuals must continue wearing masks when leaving their homes, and sanitising or washing their hands with soap and water to reduce the spread of the virus. 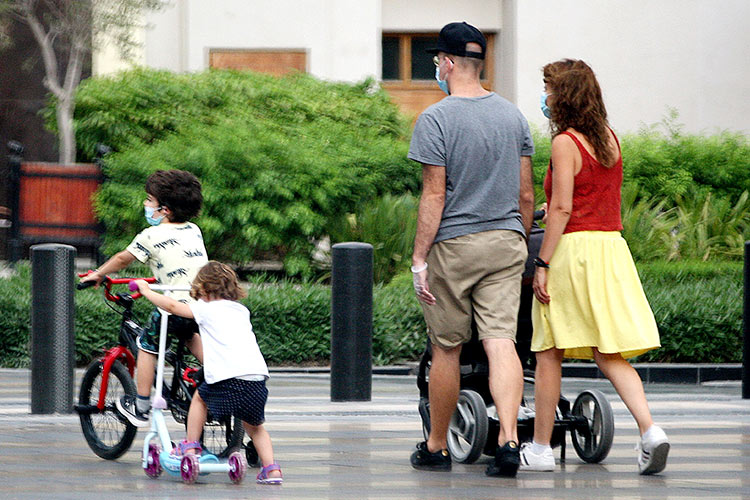 Dubai to allow people above 60 and children to enter malls

Stringent precautionary measures will continue to be enforced in public areas and facilities across Dubai based on guidelines issued by local and federal authorities.