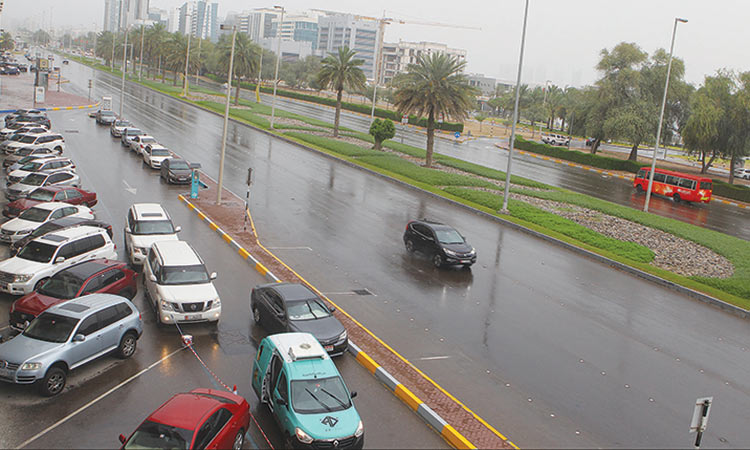 Different areas of the country witnessed on Wednesday light to moderate rain and active winds, whose speed reached 50km/h, stirring dust, and resulting in low horizontal visibility due to being affected by a surface air depression accompanied by a low air extension in the upper atmosphere. Virtually, the rain made the atmosphere extremely pleasant.

The National Meteorological Centre NMC predicts that Thursday weather will be partly cloudy, to cloudy, with rain falling on separate areas accompanied by lightning, and sometimes thunder. The NMC expected winds to be northeasterly to northwesterly, moderate to active, and at times strong, dust stirring, resulting in low horizontal visibility, at speeds from 20 to 35 up to 50km/h.

Friday weather will be partly cloudy, to clear in general, and humidity increases at night and Saturday morning, with the possibility of fog or light fog in some northern regions.

Winds on Saturday is north to northwest, light to moderate, with a speed from 16 to 26 up to 36 km/h.

The sea is expected to be light to moderate in the Arabian Gulf, and in the Sea of Oman.

Abu Dhabi Police called on drivers to exercise caution due to rainy weather conditions, and to adhere to speed shown on electronic sign boards.