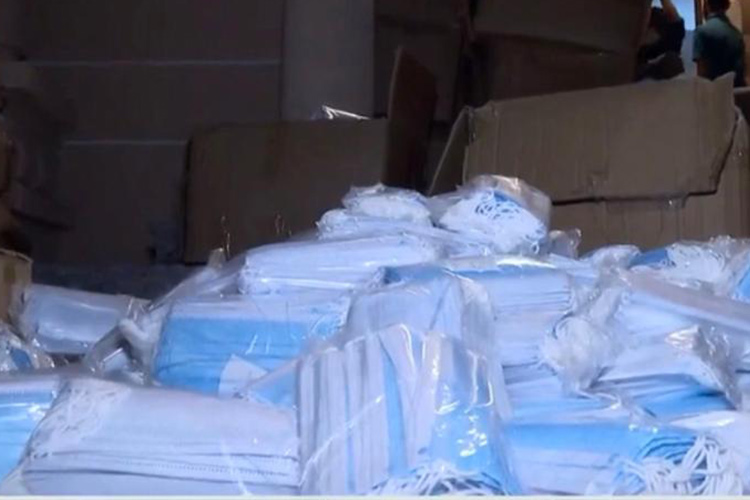 The fake facemasks seized by Dubai Police on display for media.

The Dubai Police and Department of Economic Development (DED) in Dubai busted a commercial scam involving supplies of fake medical equipment in the country.

In this context, Ibrahim Bahzad, Director of Intellectual Property Protection at DED-Dubai, said that the joint operation between the Dubai Police and the DED involved monitoring suppliers of masks for commercial use in Dubai. They discovered a secret warehouse in a residential villa in the Al-Warqa district of Dubai at 7:30pm on Tuesday.

The security teams raided the den and arrested all gang members, after taking the necessary legal measures, Bahzad confirmed.