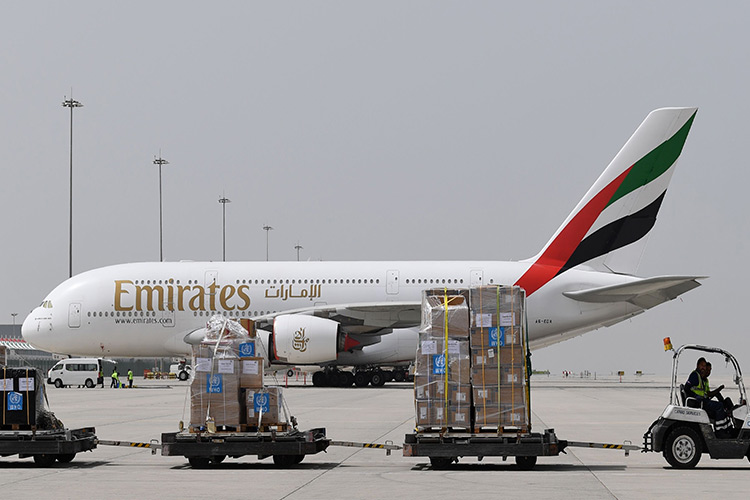 Dubai carrier Emirates said on Sunday it has dramatically cut its passenger flight destinations to 13, down from 145.

It's a pivotal move that reflects the dramatic slowdown in traffic through the airline's hub in Dubai, the world's busiest international airport, due to disruptions caused by the coronavirus.

The state-owned carrier said it will still fly to the US, the UK Japan, Australia and Canada. The company had just hours earlier announced a suspension of all passenger flights, but reversed that decision after receiving requests from governments and customers to support the repatriation of travelers.

The United Arab Emirates , which is home to Dubai and Abu Dhabi, has all but closed its borders to travelers with exceptions for those transiting through or Emirates returning.

The state-owned carrier said it will continue to operate cargo flights through its fleet of Boeing 777 freighters for the transport of essential goods, including medical supplies across the world. It also said the company would reduce salaries for the majority of its employees for three months, but will not cut jobs.

"By March 25 (Wednesday), although we will still operate cargo flights, which remain busy, Emirates will have temporarily suspended all its passenger operations," the airline's chairman and CEO Sheikh Ahmed Bin Saeed Al Maktoum said in a statement.

"We continue to watch the situation closely, and as soon as things allow, we will reinstate our services." Emirates passenger flights normally serve 159 destinations.

The United Arab Emirates on Friday announced its first two deaths from the COVID-19 disease, having reported 153 infections so far, of which 38 people have recovered.

Maktoum said that, until January this year, the Emirates Group was "doing well" against current financial year targets, but "COVID-19 has brought all that to a sudden and painful halt over the past six weeks."

"The world has literally gone into quarantine due to the COVID-19 outbreak," he said. 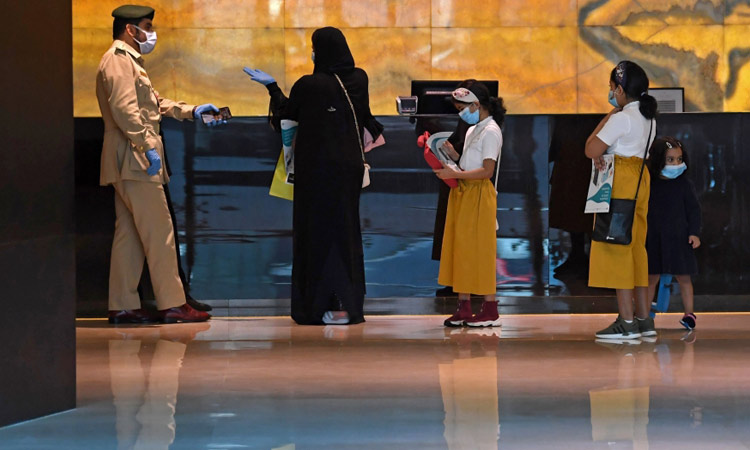 Emiratis barred from travelling to Indonesia and Afghanistan; no entry from these two countries

The UAE has also barred Emiratis from travelling to these two countries. The suspension includes inbound transit passengers but not transit flights coming to the UAE and heading to these countries.

The GACA suspends entry for passengers from Zambia, DR Congo and Uganda on all flights of national and foreign carriers as well as transit passengers coming from them, effective from Friday (June 11). 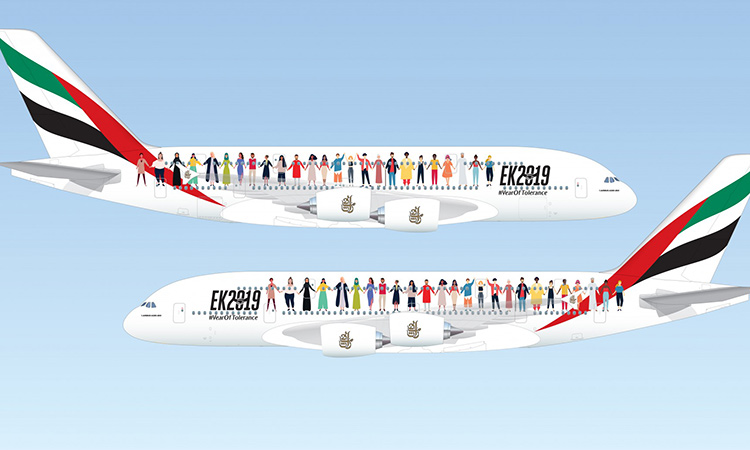 Emirates to bring UAE's multicultural communities onto one flight on Nov.29

The airline will attempt to welcome as many nationalities as possible onto flight EK2019, for a special flight journey around the UAE.