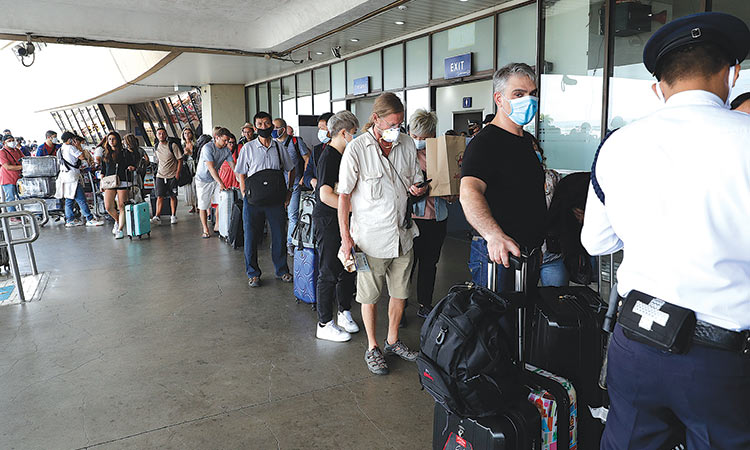 Foreigners line up at the departure area of Manila’s International Airport, Philippines, on Wednesday. Associated Press

Outbound passengers to Manila via Philippine Airlines (PAL) from Dubai can now heave a sigh of relief as the carrier resumes its daily flights.

Pagaduan issued the statement following the decision of the Duterte Administration to retract its Tuesday pronouncement on the 72-hour window for international passengers — both Filipinos (either visiting or tourists and overseas workers) and foreigners — to leave Metro Manila, part of the “enhanced community quarantine” against Coronavirus 2019 (COVID-19) that now includes the lockdown of the entire Luzon Island.

The air travel restrictions are to take effect on Mar.20.

It caused jitters to Filipinos in the UAE such as a group of young first-time annual break takers in Dubai scheduled to fly out on Mar.21 but with another airline.

The revision on the restrictions have been posted on the Facebook page of the Philippines’s premier airport, the Ninoy Aquino International Airport MIAA (Manila International Airport Authority) since Wednesday through a Mar.18 (Wednesday) press release from the Bureau of Immigration (BI).

On Wednesday as well and on the same Facebook page was the official statement of Cebu Pacific, another Philippine carrier that services international passengers from the UAE to the Southeast Asian country.

“There is no plan to do this at the moment, but we will continue to monitor and assess the situation. While updates from the (Inter-Agency Task Force for the Management of Emerging Infectious Diseases-IATFMEID) on the Aviation protocls allow us to mount international flights, we need to prioritise the safety and health of our personnel, support for local and national government restrictions on land travel and quarantine, as well as directives from governments in other jurisdictions.”

On the BI press release was the statement of Commissioner Jaime Morente.

“Foreign nationals may now leave anytime during the community quarantine period, unless their flights have been cancelled by the airlines of the CAB (Civil Aeronautics Board).”

Addressing the balikbayans and OFWs, he said that after some discussions with the IATFMEID, “OFWs are indeed allowed to travel.”

However, “departing Filipino tourists are temporarily not allowed to (leave).”

There are no alterations on the travel restrictions of passengers originating or transiting from China, Hong Kong, Macao, South Korea (North Gyeongsang Province, Daegu, and Cheongdo), Iran and Italy.

Meanwhile, in the advisory from Manila’s Department of Transportation also posted on the same Facebook page are the following directives, aside from the lifting of the 72-hour window:

• Sweeper flights for foreign nationals to bring them to airports will be allowed to continue operations.

• Only one person is allowed to bring a passenger to the airport who must immediately leave after the drop-off. The driver should carry with him/her a copy of the airline ticket of the passenger and proof of conveyance.

As of noon UAE time on Wednesday (4 pm in the Philippines) the total number of COVID-19 cases in the Philippines was at 202 including 15 new cases from the 187 of Mar.17 (Tuesday). Total recoveries were seven with the “new three recoveries” of male patients, two from Metro Manila and one from Bicol Region, in their early 20s and 30s with travel histories from the UAE, Australia and on board the Diamond Princess. There were a total of 17 deaths. 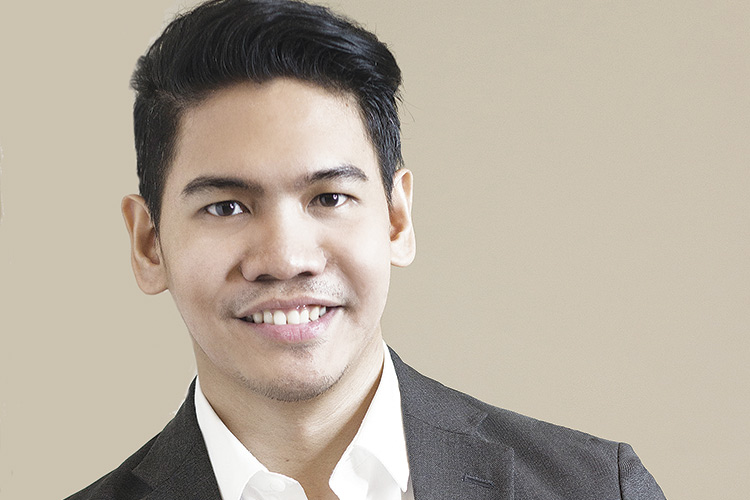 The Consulate General of the Republic of Indonesia in Dubai on Thursday released travel guidelines to the Southeast Asian archipelago amidst the Coronavirus 2019 (COVID-19) which is altering global lifestyle and trends.