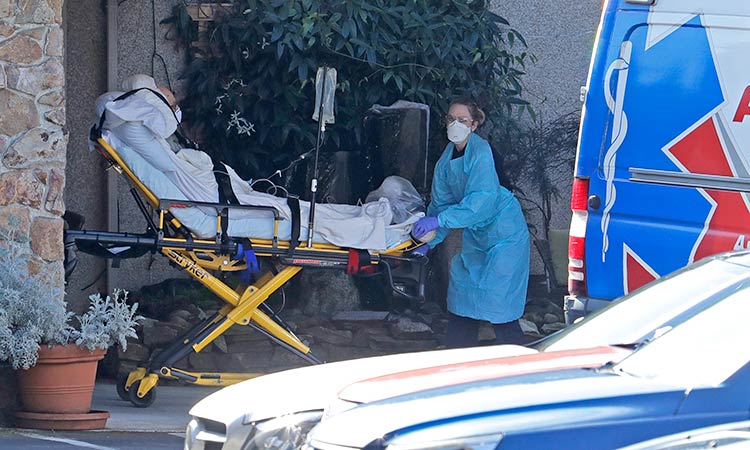 A patient is loaded into an ambulance at the Life Care Center in Kirkland, Washington on Monday. AP

Desperate times call for desperate measures. The coronavirus is spreading its ominous tentacles worldwide as authorities in 100 countries pull out all stops to stop its malignant spread.  The disease has killed over 4,000 people so far.

In a drastic step to stem its dangerous influence, Italy's Prime Minister Giuseppe Conte went on television to announce the entire country would effectively be placed on lockdown from Tuesday.

The announcement comes even as China reports the lowest rate of new cases.

"I am going to sign a decree that can be summarised as follows: I stay at home," Conte said. 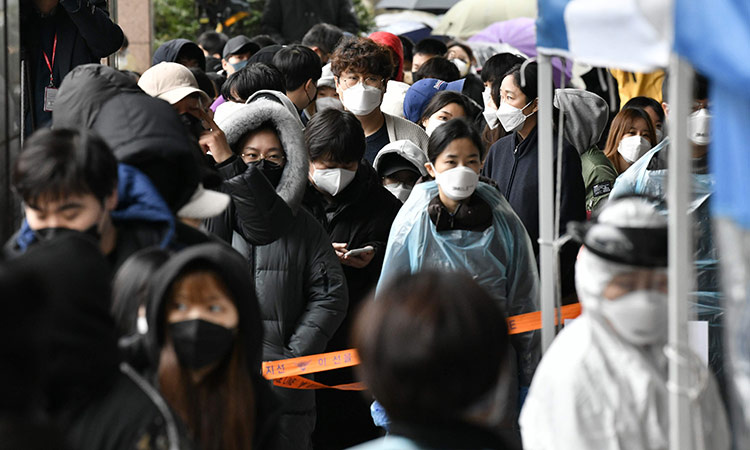 Workers at a building where 46 people were confirmed to have the coronavirus, wait in line in Seoul on Tuesday. AFP

"Travel must be avoided across the entire peninsula unless it is justified by professional reasons, by cases of need or for health reasons," he told Italians.

More than 9,000 cases and 463 deaths have been reported from the country.

The measures extend a quarantine zone that Italy had imposed on its industrial northern heartland around Milan and Venice on Sunday.

The national restrictions will run until April 3 and mean that schools and universities will all immediately close.

Serie A football matches and all other sporting events are also being suspended for the coming month.

Malta and Norwegian Air have halted flights to the country. 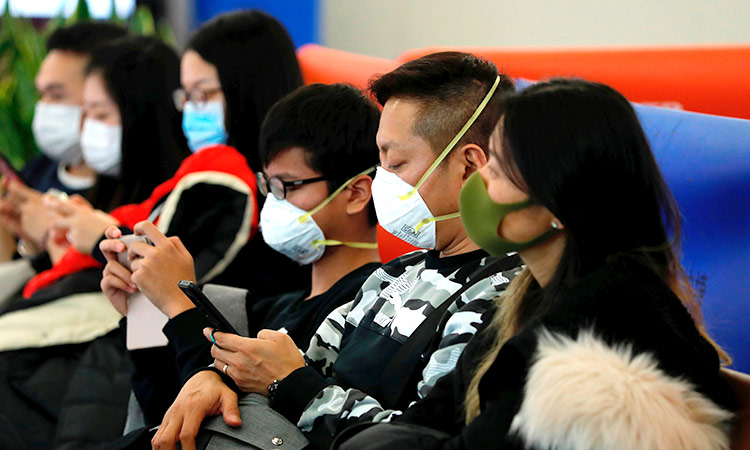 However, trains and other flights continued to operate into and out of Milan on Monday despite the earlier set of restrictions for its Lombardy region.

Global luxury brands including Gucci and Louis Vuitton are scaling back orders with Italian suppliers, as the spread of the coronavirus from key market China to major manufacturing hub Italy hits business across the sector, industry sources said.

"We were producing 800-1,000 handbags a month for Gucci. In February we made 450 and we have no orders for March," said the owner of a small supplier for Kering's top brand employing eight people in Scandicci, a district outside Florence that is the hub of leather goods production in italy. 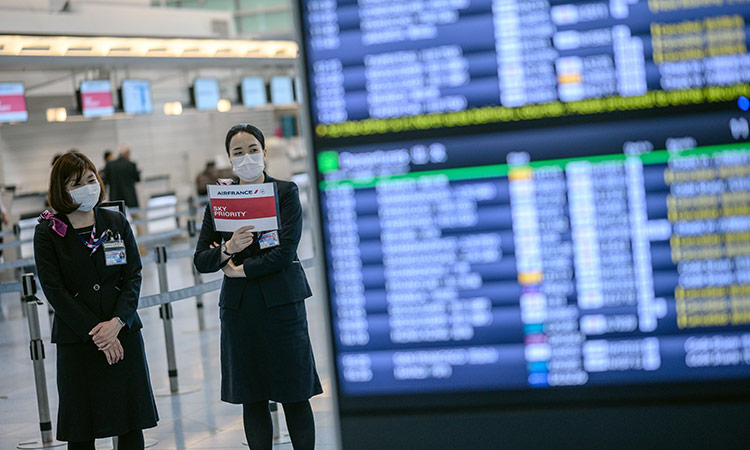 Ground staff for Air France wears face masks stand in front of a departures board at Tokyo's Haneda Airport on Tuesday. AFP

"We don't have orders for April or May either. The company has been brought to a standstill," he said.

Worldwide more than 110,000 cases have been recorded in over 100 countries, with Canada reporting its first death.

Mongolia sealed off its capital and other cities on Tuesday after reporting its first case.

There was further alarm after at least two Republican lawmakers who recently met with the president announced they were going into self-quarantine, fearing that they were exposed to the virus at a conservative conference.

Incoming White House chief of staff Mark Meadows also self-quarantined after he may have come into contact with a person who tested positive for the coronavirus.

On Monday, passengers were taken ashore from a cruise ship docked in California after at least 21 people on board were diagnosed with the virus.

The World Health Organisation warned there is a "very real" threat of a pandemic, but its chief Tedros Adhanom Ghebreyesus said the planet was "not at the mercy" of the illness. 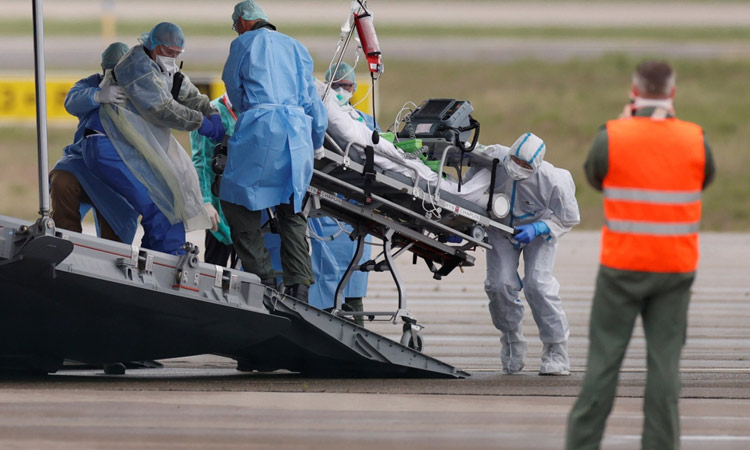 The tallies, using data collected by the media offices from national authorities and information from the World Health Organization (WHO), probably reflect only a fraction of the actual number of infections.