Inmate gets an emotional surprise from Dubai Police - GulfToday 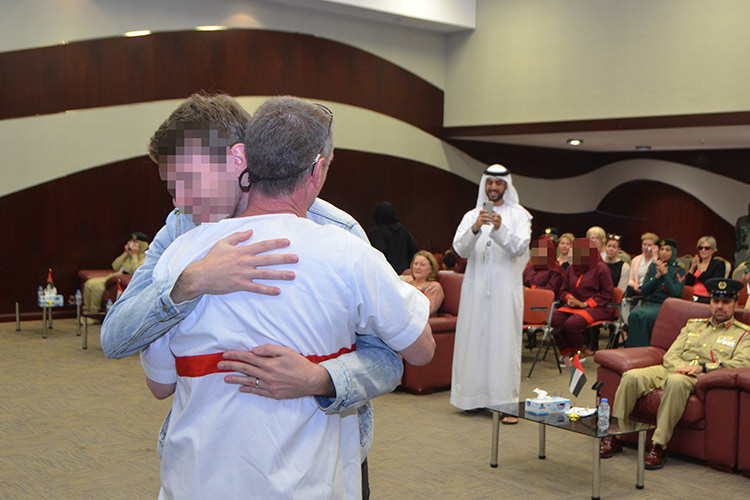 An emotional father hugs his son as others applaud.

The inmate was sentenced to life in prison for committing a murder.

The sweet reunion was arranged by the General Department of Punitive and Correctional Establishments, at the time of launching “Tomorrow, I Will Fly,” the Dubai inmates’ collection of essays and story writing.

The European inmate was a part of this innovative project, and Dubai Police aimed to make him happy by arranging a meeting with his son.

According to Brigadier Ali Mohammed Al Shamali, Director of the General Department of Punitive and Correctional Establishments, said, “The initiative was a surprise to both the father and son, and the place was filled with joy after they had seen each other. As part of its humanitarian initiatives, the Dubai Police is keen to always spread happiness among inmates.”

The inmate and his son expressed their sincere appreciation and gratitude to Dubai Police for such an unexpected surprise.

Police began clearing climate activists from the heart of Zurich's financial district on Monday after they blocked bank entrances to protest against lenders' financing of fossil fuel projects that damage the environment.