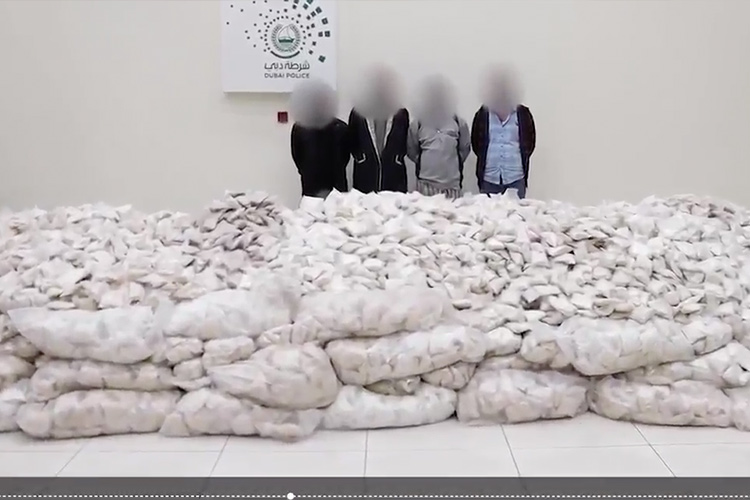 Four culprits stand for a photograph with the seized drugs in Dubai.

On Wednesday, a press conference organised by Dubai Police revealed details of the arrest, in which a gang of four, headed by a 70 year-old Arab man, was attempting to smuggle the drugs in steel cable reels and export it to another Gulf country.

The gang leader was found to receive money and help from charity associations.

Commander-in-Chief of Dubai Police, Major General Abdullah Khalifa Al Marri, said that they have received a tip about a drug shipment from Syria, and immediately worked with Dubai Customs to track down the suspected truck.

“Over 200 trucks were suspected to carry the drugs, so with the dedicated work of anti-narcotics teams, we were able to detect the truck used. K9 dogs were dispatched to the operation ground and they have successfully found the drug-loaded wooden spool,” Maj. Gen. Al Marri.

They were arrested in Sharjah and Ajman.

The cutting and extraction operation lasted for four continuous days. 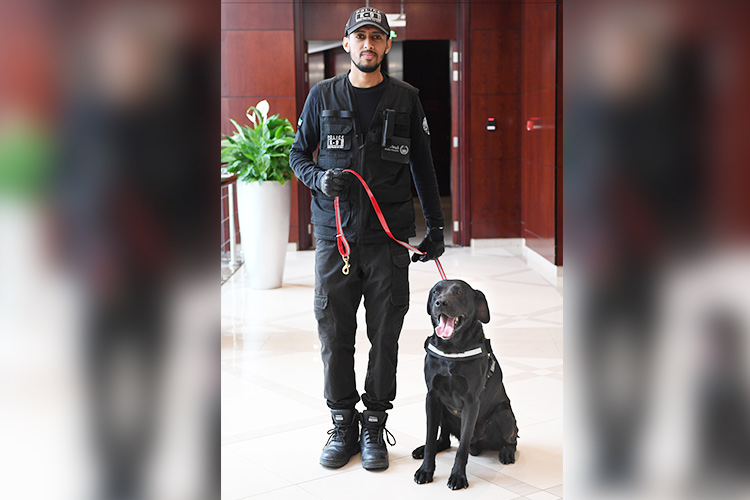 The operation (Pule2) was named after the K9 sniffer dog who disclosed the hidden drugs.

The Dubai Police emphasised the keenness of the anti-narcotics teams to all face challenges for the safety and security of the UAE community.

Around 215 suspects of drug trafficking were arrested in other Emirates, and 572kg of drugs were busted.

The Dubai Police have also worked together with different countries, after receiving 93 tips about drug trafficking operations, 27 suspects were arrested, and 11 tonnes of drugs were seized.

Thanks to the rigorous efforts of anti-narcotics teams, 58 pro-drug websites were shut down in 2019.

Sahar is an intern at Gulf Today. She covers Culture, Arts, and social issues.