Cars move at a slow pace during heavy traffic in Dubai. File

The Dubai Police General HQ have launched a traffic initiative on Monday, aiming at extending the traffic fines discount for another year.

Dubai Police also sprung a surprise on an Emirati woman by exempting her from traffic fines worth Dhs150,000 that were accumulated on two of her cars for two years. The exemption was based on the woman’s traffic abidance of traffic rules for one year since the initiative was launched.

The announcement was made by Colonel Juma Salem Obaid Bin Suwaidan, Deputy Director of the General Department of Traffic at Dubai Police, during the press conference held at Dubai Press Club.

Suwaidan explained that the initiative, which mostly benefited Jordanian drivers, helped solve the problem of accumulated fines for many car owners and motivated drivers to abide by traffic rules.

The initiative, the first of its kind in the world, had many dimensions and increased people’s keenness not to commit any violations by creating a new road culture and safety, he said.

Dubai motorists were given a great chance of settling the incurred traffic fines with discounts, under condition that they do not repeat a similar traffic violation. 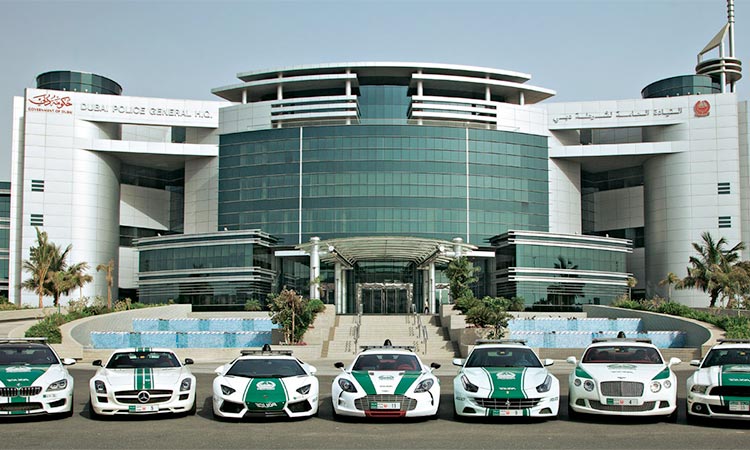 A view of the Dubai Police Headquarters.

As a sort of encouragement, the Dubai Police offered motorists a three-month period in order not to commit traffic violations; they will get 25 per cent discount; 50 per cent for six months; 75 per cent for nine months; and 100 per cent for twelve months.

The initiative helped reduce the number of deaths by 16 per cent, severe injuries by 38 per cent, and reduced post-accident costs worth Dhs610,427,468.

The 2020 “Traffic Fines Settlement Initiative” includes the vehicle impoundment period and traffic points. The given settlement period begins on the same day of committing any traffic violation.