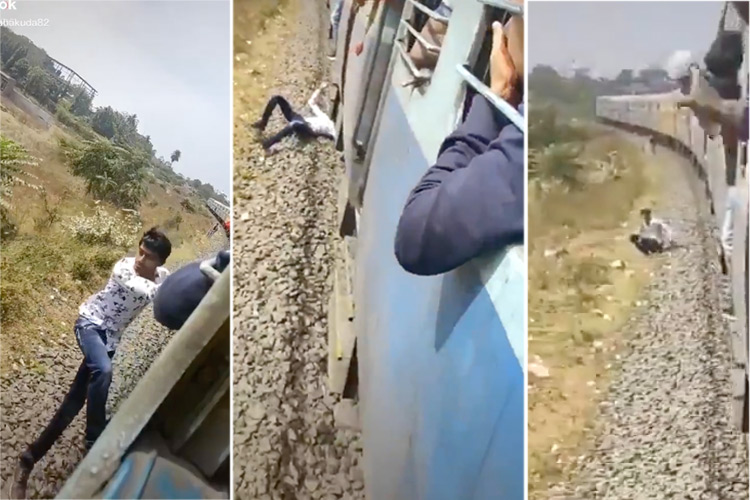 A combo image shows a young man falling off a train in Maharashtra.

From time to time one comes across cases of youngsters in India performing chancy stunts on trains – on a lark of course. This even as their friends take vicarious pleasure in filming them for thousands of eyeballs on social media.

What such foolhardy youth do not expect is instant death.

Recently, a 20-something youth was killed while he was trying out some risky stunts on a local train in Kalyan in India’s Maharashtra state.

He was hanging off the side of a moving train while his friends captured the footage on their mobile phones when, suddenly he hit a pillar and lost his life immediately.

Another stunt slammed not too long ago is this: the boys would skid along a station platform while latching on to a moving train, then would hang off the side.

Now, a new video has surfaced that shows a stunt that has gone terribly awry, according to a well-known TV channel. The video shows a man hanging out of the doorway of a moving train. Suddenly he loses his balance and falls off the train, almost getting crushed under its wheels as people watching him yell in horror. The video ends with the guy sitting up.

Last year, three teenagers were killed while taking selfies on a railway track in India, the country which researchers say has the worst record for selfie-related deaths.

A fourth youth managed to jump to safety before the accident in Panipat city in the northern state of Haryana, a police officer told reporters.

Researchers say, India suffers from selfie-arm, a common phenomenon associated with excessive use of smartphones and taking selfies. 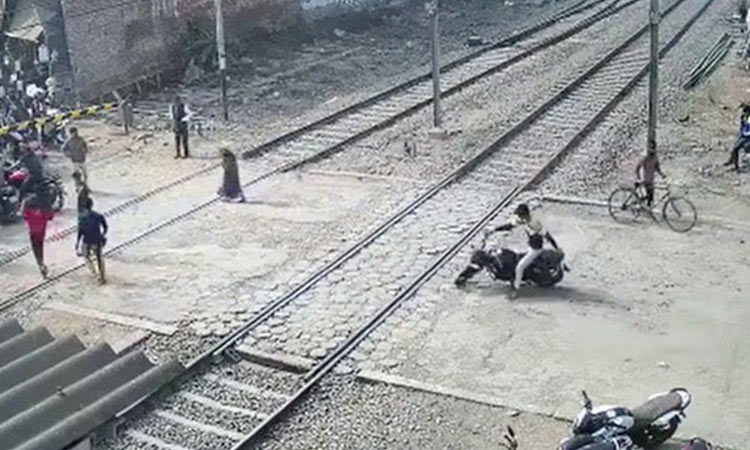 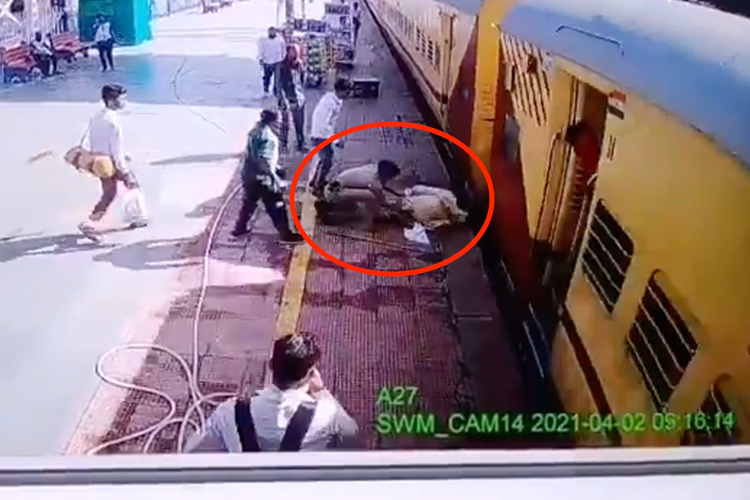