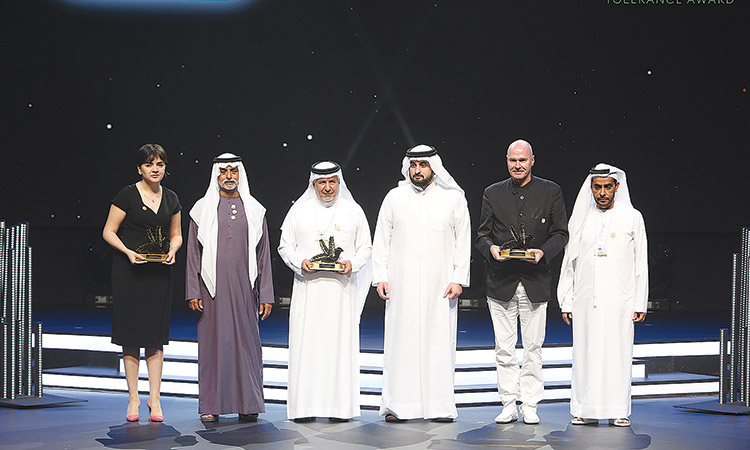 He presented the Award in Human Thought category to Dr Abdullah Bin Abdulaziz Al Rabiah, head of the Saudi surgical team that has achieved remarkable success in separating conjoined twins.

The Award in Visual Arts category was presented to Rania Mustafa Ali, a 22-year-old Syrian refugee who works as a human rights advocate, who has chronicled her harrowing journey in the deeply personal documentary ‘Escape from Syria: Rania’s Odyssey’.

The Award in Literature category was presented to Dr Hubertus Hoffmann, German entrepreneur-philanthropist, for his 2014 book ‘Love Is Tolerance – Tolerance Is Love’ that explores the principles of peace-making.

Dr Hamad Al Shaikh Ahmad Al Shaibani, Managing Director of the International Institute for Tolerance, said, “In line with the vision of the wise UAE leadership, the Award celebrates creativity in highlighting tolerance as the key to positive human relations worldwide. It is the first global initiative that honours outstanding achievements in promoting tolerance across diverse fields.”

Major General Ahmed Khalfan Al Mansouri, Secretary General of the Mohammed Bin Rashid Al Maktoum Tolerance Award, said, “The Award aims to convey the UAE’s message of tolerance to the rest of the world, and contribute to finding a common language between different cultures and nationalities based on shared values. The high uptake from around the world for the inaugural edition of the Award highlights the importance of the initiative and reflects the keenness of individuals and entities to reject violence and extremism, and embrace love and solidarity.”

Dr Abdullah Bin Abdulaziz Al Rabiah heads the Saudi surgical team that has achieved outstanding success in separating conjoined twins. His efforts have positioned Saudi Arabia as a global hub for such surgeries that are extremely demanding and offer only a 25 per cent survival rate.

Dr Al Rabiah and his team have so far worked on separating 48 twins from 19 countries. He conducted the first operation on Dec.31, 1990 on a pair of Saudi conjoined twins. He currently serves at King Abdulaziz Medical City in Riyadh and focuses on underprivileged segments of society spanning different countries from Sudan to Palestine.

Rania Mustafa Ali, the winner of the Award in Visual Arts category, is a 22-year-old Syrian refugee. After escaping from war-torn Kobane at the age of 19, Ali is currently pursuing a career in journalism in Austria and works as a human rights advocate. She chronicled her harrowing journey in the deeply personal documentary ‘Escape from Syria: Rania’s Odyssey’ that has been viewed over 9.2 million times, shared over 93,000 times, and won multiple awards.

Ali is currently working on a multimedia project about refugees trying to rebuild their lives in Austria, as well as the local communities dealing with the challenges of integration. She is a fellow of the 1325 Women in Conflict project, and spearheads the Living Together initiative, co-led by Swiss refugee NGO Terre des hommes, that provides a platform for young people to express their opinions on cultural diversity and inclusion. Since November 2018, Ali has been working with Amnesty International to highlight the plight of vulnerable women refugees on the Greek islands.

Dr Hubertus Hoffmann, who won the Award in Literature category, is a German entrepreneur, geostrategist, philanthropist, investor, filmmaker and writer. He is also founder and President of the independent World Security Network Foundation.

In his award-winning book, Dr Hoffmann presents ‘The Human Codes of Tolerance and Respect,’ formulated after several years of research and meetings with religious leaders, scholars, and politicians across the world. 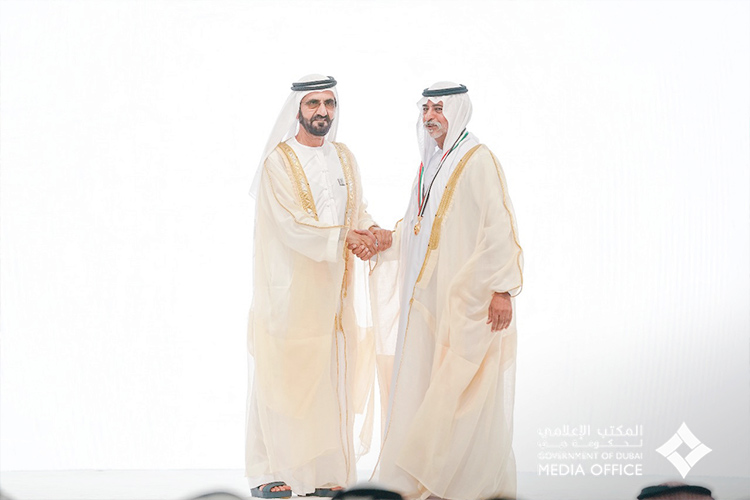