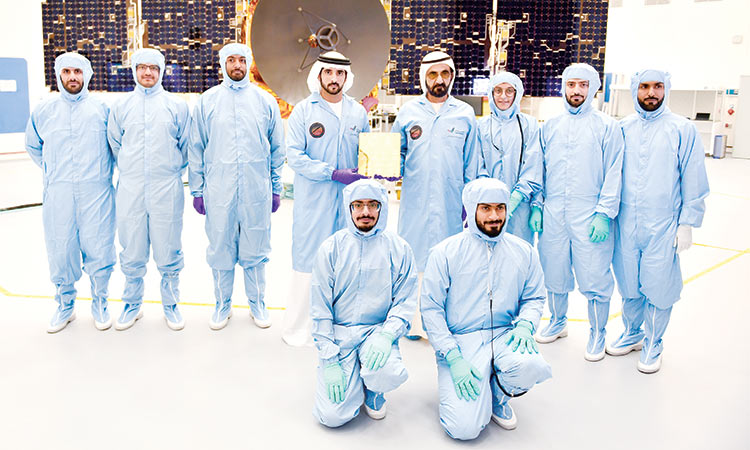 His Highness Sheikh Mohammed Bin Rashid Al Maktoum, Vice President, Prime Minister of the UAE and Ruler of Dubai, has said that the Hope Probe is a testament to the capabilities of the youth of the UAE.

“The project, which represents a historic achievement for the nation, also sends a message of hope to youth in the Arab world,” he added.

Sheikh Mohammed’s remarks came as he was ceremonially handed the last component of the Hope Probe during an event held to mark its installation. 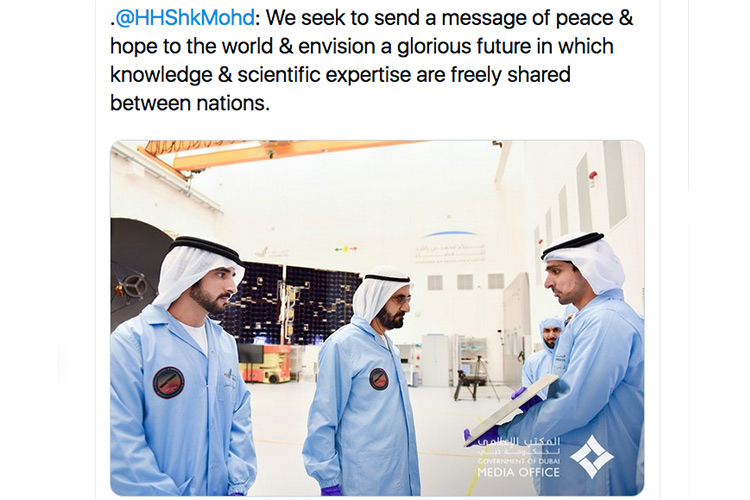 The last component installed carries the names and signatures of Their Highnesses Supreme Council Members and Rulers of the Emirates and Their Highnesses the Crown Princes. Inscribed on it is a phrase that reads, “The power of hope shortens the distance between the earth and the sky.”

Sheikh Mohammed was briefed by the Hope Probe team at the Mohammed Bin Rashid Space Centre headquarters about the final technical and logistical preparations and testing procedures ahead of the Hope Probe’s launch in July.

“Our country has become known the world over for path-breaking achievements that have made history. We will gift the world with a wealth of space-related knowledge and expertise,” Sheikh Mohammed said, adding, “The Hope Probe project carries the hopes and ambitions of the Emirati nation and the aspirations of the Arab and Islamic people for a brighter future. We seek to send a message of peace and hope to the world, and envision a glorious future in which knowledge and scientific expertise are freely shared between nations.” 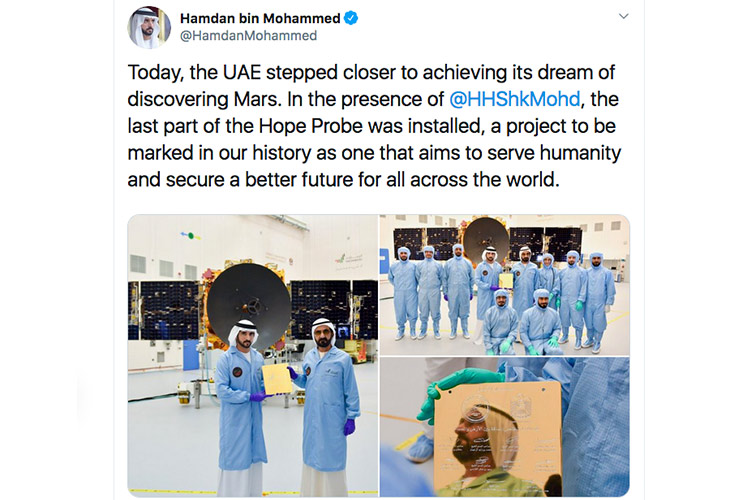 Meanwhile, Sheikh Hamdan Bin Mohammed who is the General Supervisor of the Hope Probe said exploring Mars has become a reality thanks to the determined efforts of a group of youth who dedicated their time and efforts to serve humanity. “These youth are a source of pride for the Arab and Muslim nation,” he said.

The Hope Probe team briefed Their Highnesses about different aspects of the project and how the team worked closely to overcome challenges. Project officials explained the roles of the six key sub-teams working on the project.

The Hope Probe mission, also called the Emirates Mars Mission, is the first mission by any Arab or Muslim-majority country to the red planet. The team behind the Hope Probe includes 150 engineers and researchers. Women comprise 34 per cent of the project team, the highest in the world for such a project.

Also on Tuesday Sheikh Mohammed honoured several officials who supervised and organised the country’s pavilions at various expos from 1970 to 2020.

The ceremony took place in his palace in Zabeel.

The 32 honoured officials include those currently promoting the Expo 2020 Dubai and who organised the Zayed Charity Marathon.

Sheikh Mohammed greeted the officials and praised their work during the international expos that took place since 1970, stressing that the UAE’s government and people will never forget those who served the country in all areas of national action, whether citizens or residents, both inside and outside the country, which helped strengthen the UAE’s economic, cultural and humanitarian reputation around the world.

“You have paved the way for generations to come; to continue the journey of volunteer work and serve the UAE,” he told the officials while highlighting the efforts of the Emirati youth who are preparing to take part in the world’s largest event, Expo 2020 Dubai.

He also stressed the importance of the Expo 2020 Dubai, which will begin in October of this year, affirming that the country will always remain the country of giving, compassion and peace. 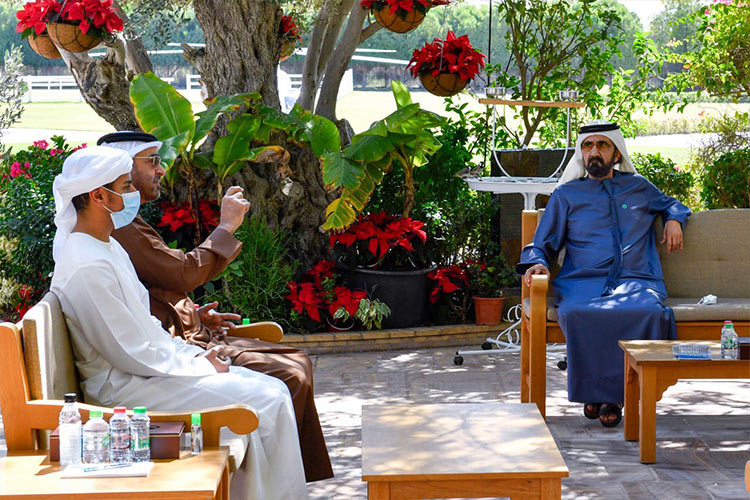