Emirati women should step up to the plate, says Sheikha Mozah - GulfToday

Emirati women should step up to the plate, says Sheikha Mozah 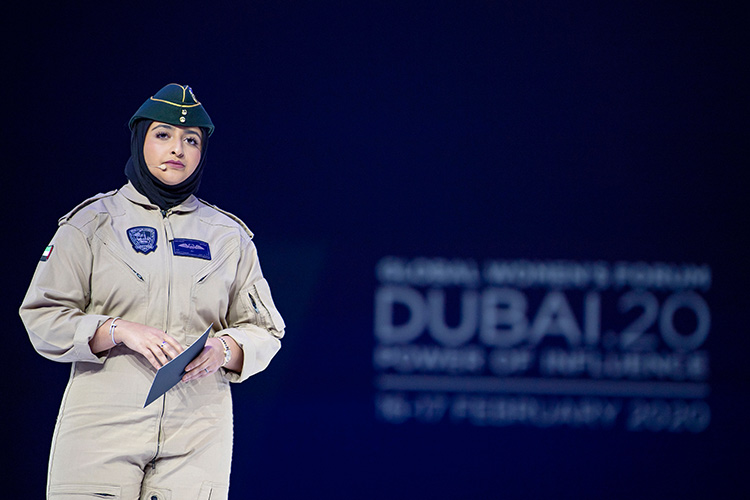 Heralding a unique ‘Game-Changer’ session at the Global Women’s Forum Dubai 2020, Captain Sheikha Mozah Bint Marwan Al Maktoum touched the Forum’s audience with her inspirational story of how she became not only the UAE’s first Emirati commercial female pilot but the first woman to join the Dubai Police Air Wing as First Lieutenant Pilot. During the moving session, she highlighted that the support she received from her family and the UAE’s leadership were instrumental in achieving her dreams.

“I can’t believe that something which started out as a hobby would turn my life around in such a meaningful way,” said Captain Sheikha Mozah Bint Marwan Al Maktoum. An adrenaline chaser from a young age, Sheikha Mozah first took to the skies at the age of 12 during a flight lesson in the UK with her brother. Her passion for flying blossomed over the years, and eventually landed her at the Oxford Aviation Academy when she was just 17. 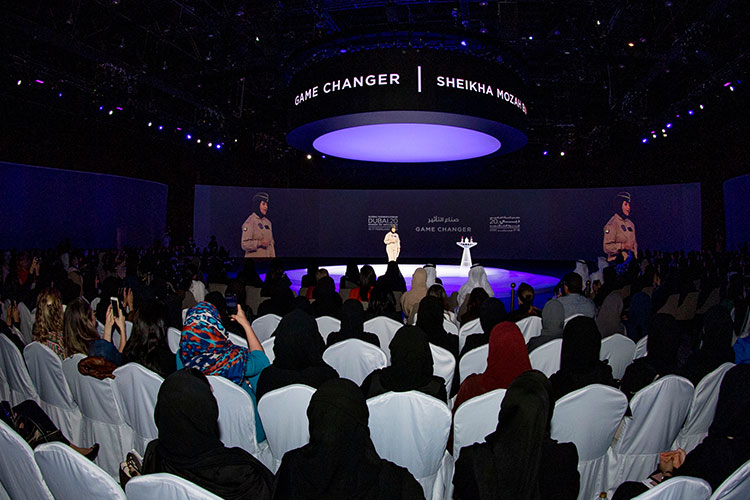 “As women, we tend to create boundaries where they’re not needed. We answer questions in our heads before they’re even asked out loud,” said Sheikha Mozah. She shared how when she dared to ask a question out loud, she was met with overwhelming support from her family to study abroad alone for the first time, in pursuit of her commercial pilot’s licence.

Persevering through the challenges of aviation training, Sheikha Mozah felt the need to push her boundaries and even went on to outperform many of her male counterparts, eventually taking to the skies on her first commercial flight with Emirates Airlines in 2016.

“It should come as no surprise that throughout my journey, I’ve noticed that the number of women in the aviation industry is far lower than the number of men. One of my instructors told me that he had only trained seven women throughout his 30-year career, but that all showed confidence, commitment, attitude and skills superior to the men he trained,” shared Sheikha Mozah.

“Given my experience and my love for aviation, I felt compelled to do something tangible that would accelerate the growth rate of women entering the industry,” she continued. In October last year, Sheikha Mozah went on to establish the Women in Aviation Association, designed to increase awareness around the bounty of opportunities open to young women in aviation be it as lawyers, engineers, doctors or pilots.

She closed the session by thanking the UAE’s wise leadership for playing such a pivotal role in encouraging gender balance, and urged young Emirati women to step up to the plate and do their nation proud by representing them locally and internationally across all fields.