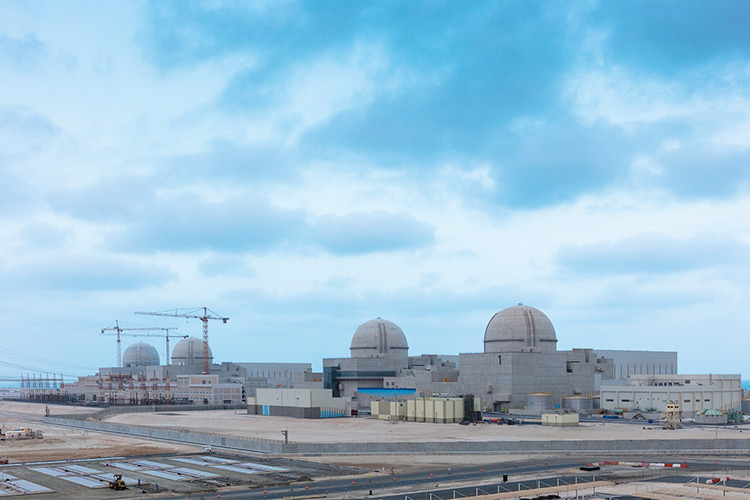 A view of the Barakah nuclear plant.

It is a historic moment and a ‘new chapter’ for the UAE – and the Federal Authority for Nuclear Regulation (FANR). On Monday, the UAE’s independent nuclear regulator issued the Operating Licence for Unit 1 of the Barakah Nuclear Power Plant to the Nawah Energy Company (Nawah), the Emirates Nuclear Energy Corporation’s (ENEC) subsidiary responsible for operation of the nuclear power plant located in the Al Dhafra region of Abu Dhabi.

The Operating Licence, with an estimated duration of 60 years, authorises Nawah to commission and operate the Unit 1 of the Barakah Nuclear Power Plant.

His Highness Sheikh Mohammed bin Rashid Al Maktoum, Vice President, Prime Minister and Ruler of Dubai, said, “We are proud of UAE's achievements and grateful for the efforts of Sheikha Fatima bint Mubarak whose energy propelled the UAE to leading positions in empowering women. Women make up a third of UAE government, 50% of Federal National Council, & over 70% of university graduates.” 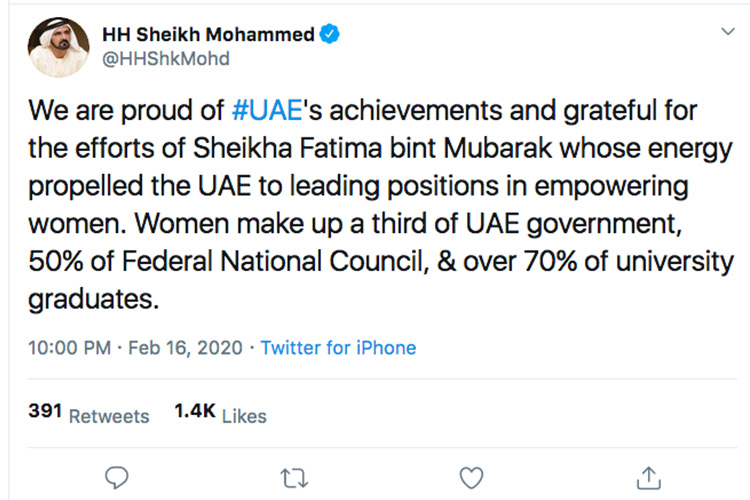 "Today marks a new chapter in our journey for the development of peaceful nuclear energy with the issuing of the operating licence for the first Barakah plant," His Highness Sheikh Mohamed Bin Zayed Al Nahyan, Crown Prince of Abu Dhabi and Deputy Supreme Commander of the UAE Armed Forces, said in a tweet. "As we prepare for the next 50 years to safeguard our needs, our biggest strength is national talent." 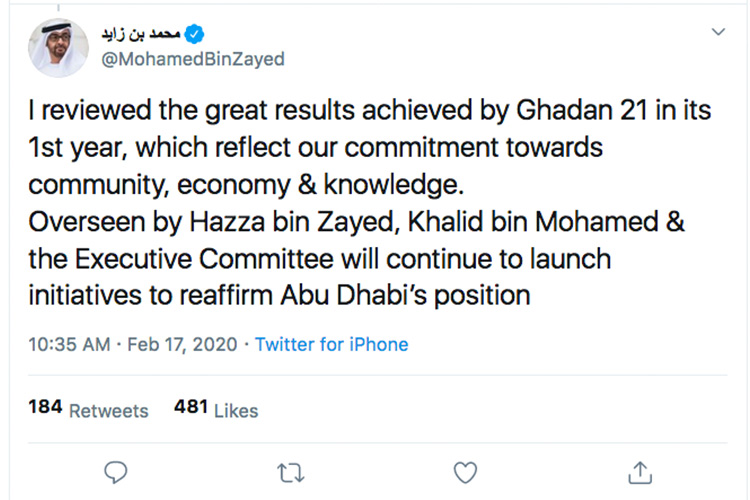 The UAE has substantial energy reserves, but with a power-hungry population of 10 million it has made huge investments in developing alternative power sources including solar.
The plant is a regional first – Saudi Arabia, the world's top oil exporter, has said it plans to build up to 16 nuclear reactors.

It is being built by a consortium led by the Korea Electric Power Corporation at a cost of some $24.4 billion.

When fully operational, the four reactors have the capacity to generate 5,600 megawatts of electricity, around 25 per cent of the nation's needs. The remaining three reactors are almost ready for operation.

As well as generating competitively priced electricity, the UAE also hopes the nuclear plant will elevate its status as a key regional player, building on its success in establishing itself as a centre for tourism, banking and services. 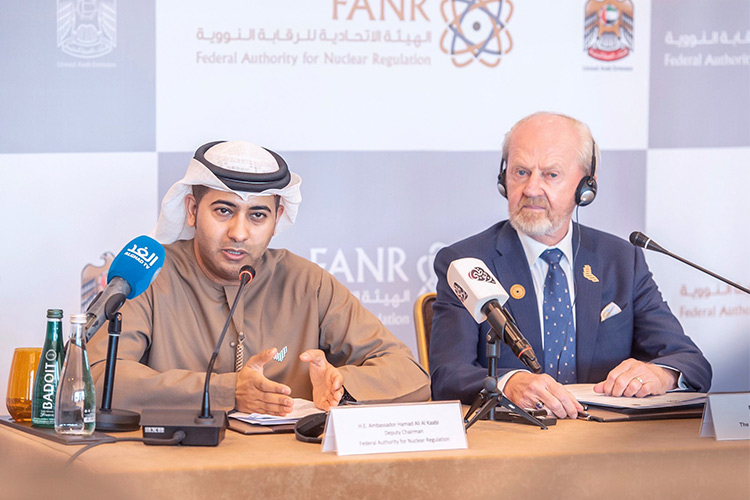 "This is part of the UAE's drive to diversify its energy economy, reduce dependence on fossil fuels, and project its image as a regional leader in science and technology," one Gulf analyst told reporters.
Other headline initiatives include a homegrown space programme, which saw the first Emirati astronaut sent into space last year, and plans to launch a probe to Mars.

The decision to issue the Operating Licence is a culmination of efforts made by FANR since it received the Operating Licence Application from ENEC, on behalf of Nawah, in 2015. FANR followed a systematic review process that included a thorough assessment of the application documentation, conducting robust regulatory oversight and inspections.

The assessment included reviewing the plant’s layout design and the analysis of the site’s location in terms of geography and demography. The assessment also included the reactor design, cooling systems, security arrangements, emergency preparedness, radioactive waste management and other technical aspects. FANR also assessed Nawah’s, the operator, organisational and manpower readiness with all the required processes and procedures to ensure the safety and security of nuclear power plant.

“Today’s announcement is another milestone for the UAE, culminating efforts of 12 years towards the development of the UAE Nuclear Energy Programme to which FANR played a significant role to turn this vision into reality,” said Hamad Al Kaabi, United Arab Emirates (UAE) Permanent Representative to the International Atomic Energy Agency (IAEA) and Deputy Chairman of the Federal Authority for Nuclear Regulation.

“The UAE Nuclear Energy Programme and its regulatory framework adhere to the Safety Standards of the International Atomic Energy Agency (IAEA) and the international best practices, where FANR ensured its implementation during the construction of the Barakah Nuclear Power Plant. The decision announced today is the result of intensive work and collaboration with national and international stakeholders such as IAEA, Republic of Korea and other international regulatory bodies,” added Al Kaabi.

Following the issuance of the Operating Licence for Unit 1, Nawah will undertake a period of commissioning to prepare for the commercial operation during which FANR will conduct around-the-clock inspections, using its resident inspectors located at the Barakah Nuclear Energy Plant in addition to deploying other inspectors, to ensure the Fuel Load and Power Accession processes are completed according to regulatory requirements.

“The Federal Authority for Nuclear Regulation played an indispensable role in regulating the Barakah Nuclear Power Plant since 2009 and especially after we received the Operating Licence Application for Unit 1 in 2015.  We conducted extensive reviews and robust inspections to ensure it fulfils our regulatory requirements and thus is ready to operate safely. FANR also prepared for the operations phase which includes putting all arrangements in place to conduct regulatory oversight and necessary inspections to ensure protection of the community and environment when the unit 1 starts operating,” said Christer Viktorsson, Director-General of the Federal Authority for Nuclear Regulation (FANR).

To ensure implementing the highest international standards of nuclear safety, security and non-proliferation, the UAE received in the past decade 11 major peer review missions from the IAEA to review and assess various aspects from nuclear infrastructure, the legal and regulatory system, nuclear safety, nuclear security, emergency preparedness and non-proliferation. The reports from the missions of the IAEA are publicly available.

One of the principles of the nuclear policy is transparency to which the Government of the United Arab Emirates has been committed to by adhering to international conventions and agreements such the IAEA’s Safeguard Agreement and its Additional Protocol and the Convention on Nuclear Safety and other instruments. Such commitments ensure the programme is designed for peaceful purposes and in line with national and international laws.