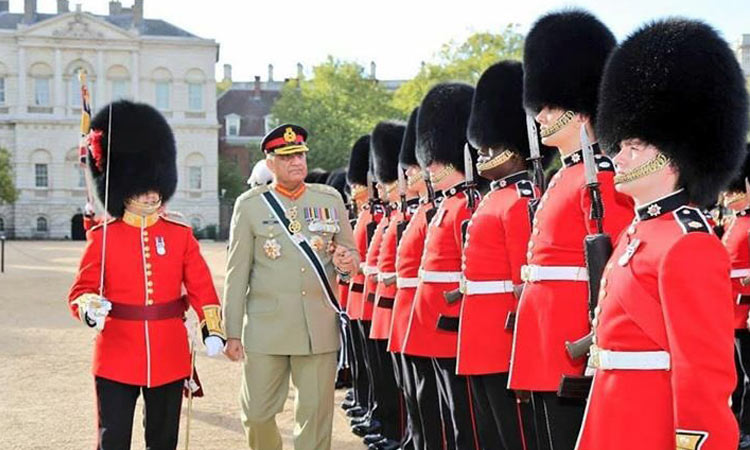 
Fake news circulating through Twitter that Chief of Army Staff General Qamar Javed Bajwa was in London took social media by storm, leading to intense speculation and discussion about the ongoing political situation and the future politics of Pakistan.

A few tweets claimed that the army chief and Major General Asif Ghafoor, the former director general of the Inter-Services Public Relations (ISPR), were in London and holding important meetings.

The tweets spread like wildfire in a dry jungle and discussions broke out in WhatsApp groups and social media as to the purpose of the visit. The tweets also claimed that the military leadership was staying in a hotel within a walking distance of Avenfield flats, the place where deposed prime minister Nawaz Sharif was putting up with his sons Hasan and Hussain.

However, the tweets were factually wrong. Neither the army chief nor the ex-ISPR chief was in London. Both have not been to London for many months. It is understood that Ghafoor was in Saudi Arabia to perform Umrah.

A few serving and retired military officers were in London to take part in a few seminars on security on South Asia by a leading think-tank in London and for a few official meetings but none of the military leaders, as claimed, were in London.

The news circulated on social media was a fictional work. The Pakistan High Commission London protocol was engaged as usual with the official delegation and some of the activities of the delegation, as reported by this paper on Feb.9, were public.

The Pakistan Muslim League-Nawaz (PML-N) termed this unfortunate that social media was used to spread news as if the military leadership were engaged in discussions with Nawaz Sharif and Shahbaz Sharif, both of whom are in London.

Claims were made on social media that meetings would take place between the military leaders with politicians in London but not only did no meeting take place, all speculation in this regard turned out to be false.

The PML-N officials said that Nawaz Sharif was in London for treatment and he was not holding any talks with anyone. Shahbaz Sharif has not held any meeting with anyone on Pakistani politics.