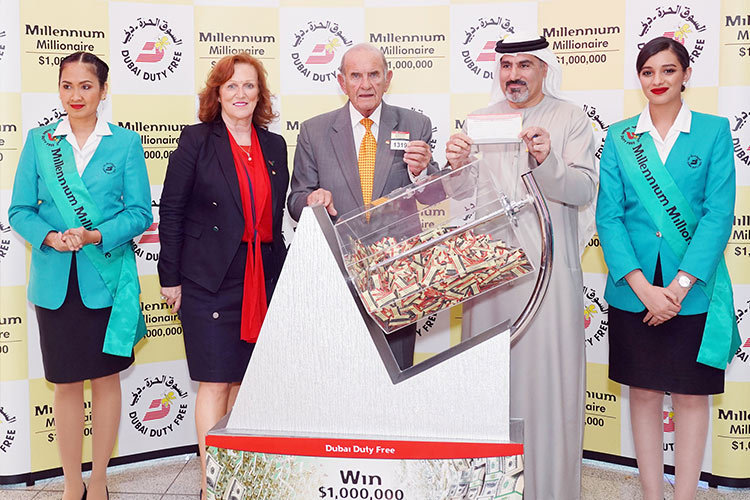 A one-year old baby boy, Mohamed Salah, has joined the long list of Dubai Duty Free Millennium Millionaires while three others will be driving away a luxury vehicle when their tickets were drawn in the Finest Surprise Promotions draw held at Concourse D of Dubai International Airport.

A resident of Abu Dhabi for over 6 years, Mr. Ramees Rahman, a 31-year-old Indian national based in Abu Dhabi has been participating in the Dubai Duty Free promotions for a year now and bought the winning ticket no. 1319 online in Series 323 under his son’s name.

Speaking to the baby’s father, Rahman said: “I am extremely delighted of this great news and I thank Dubai Duty Free for this amazing promotion. My son’s future is now well secured.”

Shaghayegh Attarzadeh, a 33-year-old Iranian national based in Dubai won a Mercedes Benz S560 (Magnetite Black Metallic) in Series 1745 with ticket number 0773. Ms. Attarzadeh, who runs a family business with her brother, regularly buys a ticket to Dubai Duty Free’s promotions whenever she travels and was very thankful for her win.

Gloria Malacaste, a 30-year-old Dubai-based Filipino national won a Moto Guzzi Audace motorbike (Nero Travolgente) in Series 397 with ticket number 0253. Malacaste purchased  two tickets online for Series 397, along with a friend, during the Dubai Duty Free anniversary period. Her winning number is her birth month and date, March 25, and could not believe that she actually won!

Timothy Reducha, a Canadian national based in Riyadh won a Moto Guzzi V8S TT motorbike (Giallo Sahara)in Series 398 with ticket number 0786. Reducha is unreachable at the moment but will surely be surprised when he learns of the good news.