No UAE national will be left behind economically or socially in the future: Khalaf Al Habtoor - GulfToday

No UAE national will be left behind economically or socially in the future: Khalaf Al Habtoor 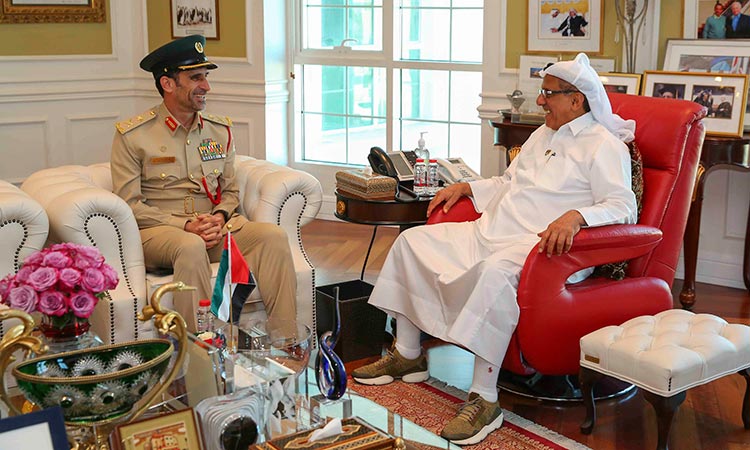 During the meeting at AHG, Al Habtoor discussed with Maj-Gen Al Marri the possibilities of implementing strategies to ensure high-quality services for UAE nationals, and working according to Sheikh Mohammed’s directives to achieve the prosperity and well-being of citizens of all social strata.

He added: “Under Maj-Gen Al Marri’s supervision, the government’s goals for citizen services will be delivered according to the highest international standards. Our country is one of the most positive places in the world, conducive to growth and high standards, services and benefits for its residents. In keeping with the leadership’s enduring foresight, no UAE national will be left behind economically or socially in the future.”

Al Habtoor further noted that Emiratis should be communicative and transparent about their needs.

Al Habtoor said: “We are delighted in Dubai Council’s appointment of the right officials to oversee the Emirates’ six strategic growth pillars. This is the country born out of the vision of Sheikh Zayed and Sheikh Rashid, and now their dreams are being taken to the next level via Sheikh Mohammed’s directives.”

AHG’s Founding Chairman discussed and expressed his support for the newly formed Dubai Council, which will lead fresh progress in the emirate, oversee economic and social governance in Dubai and ensure its global competitiveness, leadership and attractiveness in becoming one of the world’s top economies.

Major-General Al Marri has been appointed as the Commissioner General of the Citizen Services Sector, to oversee the Community Development Authority (CDA), and the Islamic Affairs and Charitable Development. Under his purview, it will be ensured that UAE nationals of all backgrounds are fully provided for economically, socially and culturally, through the right services and sustained improvement of quality of life in the emirate.

Earlier this month, Al Habtoor posted on Twitter, praising the choice of heads appointed for the six strategic pillars and the continuing work of His Highness Sheikh Mohammed Bin Rashid Al Maktoum in fulfilling his vision for Dubai as a world leader in all sectors.

Maj-Gen Al Marri thanked Al Habtoor for his extensive charitable work in the UAE and worldwide, adding that he would pay a visit again to update AHG’s Founding Chairman on the implementation and progress of citizen services, all with the aim of making Emiratis happier.