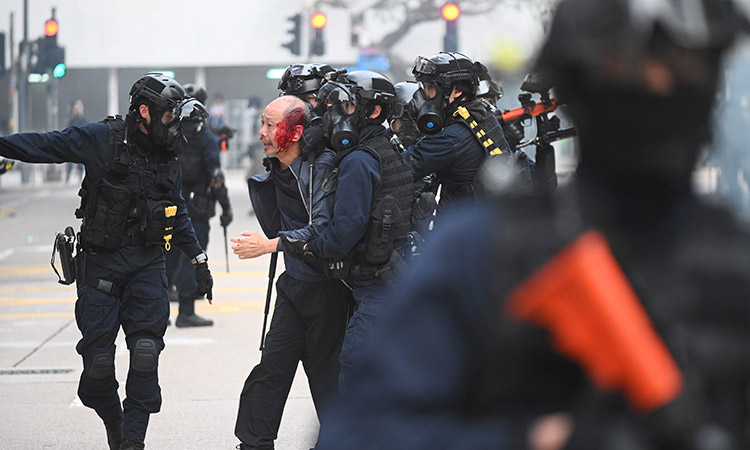 A prominent Hong Kong pro-democracy activist was arrested by police, his organisation said on Monday, after a protest he helped organise in the financial district a day earlier turned violent with officers firing tear gas to disperse the crowds.

The organisers initially applied for a permit - known as a letter of no objection - for a march, but the police only agreed to a static rally in a park in the city's Central district. 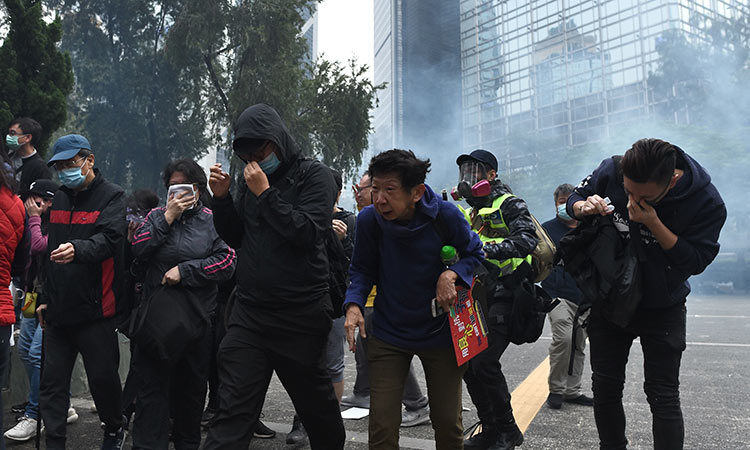 People react from tear gas fired by police to disperse the crowd in Hong Kong on Sunday. Philip Fong/AFP

But as the crowds swelled and spilled onto surrounding streets, some protesters briefly barricaded roads with umbrellas, traffic cones and other street furniture and dug up bricks from the pavement.

Police then ordered a halt to the protest and began dispersing the crowd.

"It was primarily rioters' violent acts which led to the suspension of the gathering," Senior Superintendent Ng Lok-chun told reporters.

"The organiser has violated the agreements set in the no objection letter, failed to assist in maintaining the order in the public gathering event, that is why we have arrested Mr. Lau."

In a statement late on Sunday, the government said it "strongly condemns" the attack on the police officers.

The "Universal Siege Against Communism" demonstration was the latest in a relentless series of anti-government protests since June, when Hong Kongers took to the streets to voice their anger over a now-withdrawn extradition bill.

Organisers said 150,000 attended the demonstration, while police estimated a crowd of 11,680 at its peak. 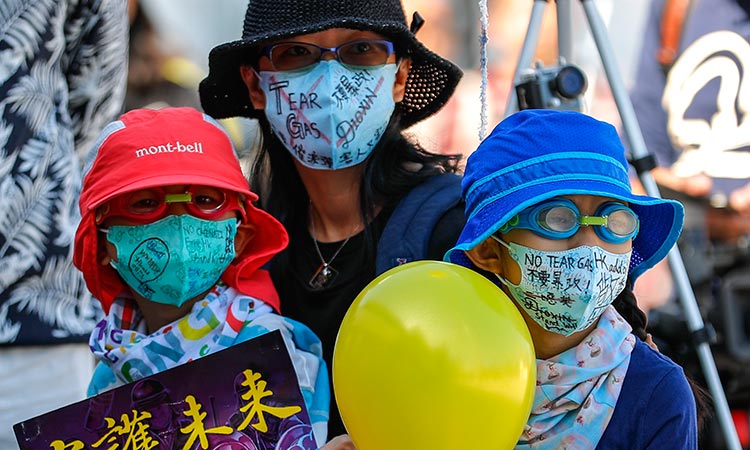 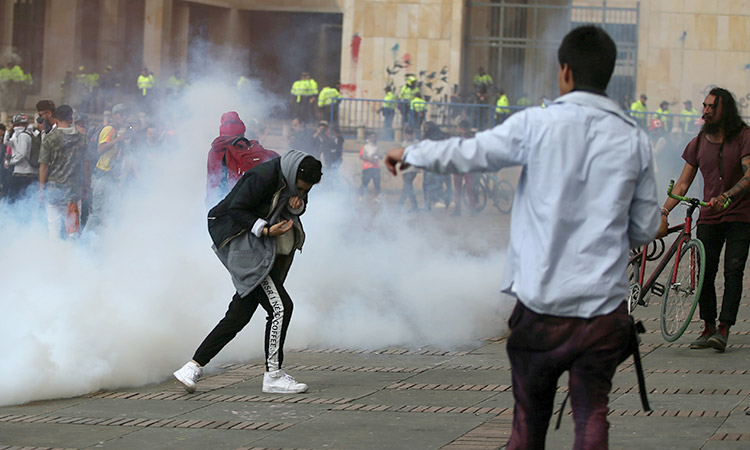 Duque, a conservative who is deeply unpopular 18 months after his election, had proposed the talks on Friday in response to nationwide protests a day earlier that descended into violence, leaving three dead. 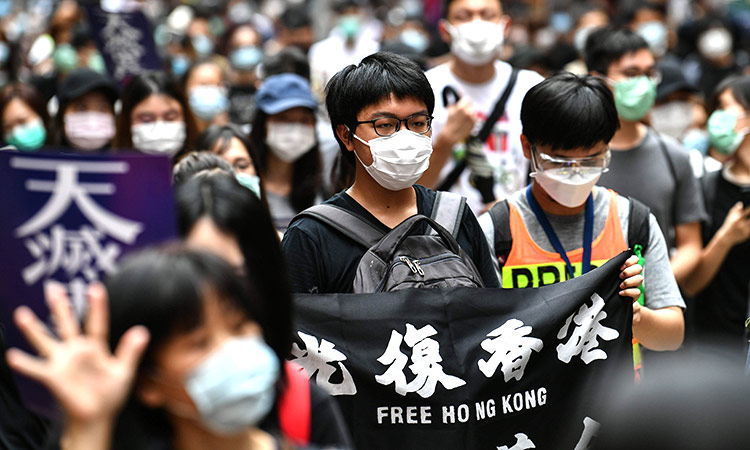