AD Police launch ‘We Care for You’ service - GulfToday 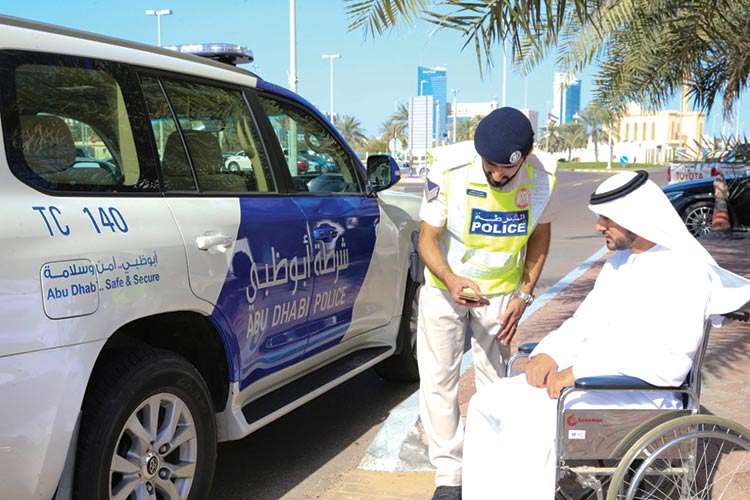 A police official attends to a person of determination.

The service was launched by Major General Maktoum Ali Al Sharifi, Director General of Abu Dhabi Police, as an inspiration from the great objectives of the leadership in providing and caring for the segment of people of determination.

Brig. Al Rashdi pointed out that launching the service was aimed at reducing the number of auditors and efforts made by them, as well as increasing customer satisfaction through quick and easy reporting of emergencies.

“We Care for You” service is provided through the toll-free number (999) of the Command and Control Centre. Police patrols will immediately respond and head to the location of the reported emergency.

Recently, Sharjah Police, represented by their Punitive and Correctional Establishment, launched the “Vehicle of Hope,” in collaboration with Friends of Patients in Sharjah, to help transport elderly inmates and those with special needs to hospitals and treatment centres.

Brigadier Ahmed Shuhail, Director General of the Punitive and Correctional Establishment, graced the launch. The vehicle has special traits that provide the best services to its users.

He noted that adding this new service was an embodiment of the leadership’s vision of providing the best facilities to residents in the emirate and the strategic targets of the ministry that promote innovation and customer service.

He thanked the Friends of Patients in Sharjah and all strategic partners who helped develop this vital service.

The patrols will be deployed in the tourist areas, narrow lanes and crowded public places where police cars can’t reach.